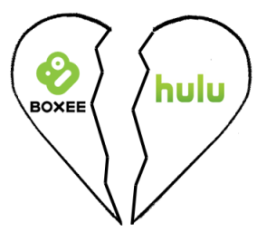 The parry and thrust routine between Hulu and Boxee is still on. Engadget is reporting that Hulu has started encrypting its HTML content to keep non-browser applications (like the ones through Boxee’s media streaming software) from accessing its video library. Meanwhile, Boxee has said that it’s already cooking up a workaround.

For the uninitiated, Hulu originally made waves by launching as a premium video site that let users embed full-length video content virtually anywhere on the web. When Boxee’s media center software hit the scene, it garnered interest by letting users view their favorite online videos (including Hulu content) on TV outside of the browser interface.

This upset Hulu’s content partners (who included broadcasting giants like NBC and Fox), who then asked that their shows be removed from Boxee’s service. The much smaller startup complied (although not without exploring other options), which ultimately brings us where we are today — Hulu pushing its partners’ browser-only agenda, and Boxee deftly trying to adapt.

Boxee was savvy enough to beat Hulu to punch on its encryption with a recent update for Mac users. But, for the time being, Hulu’s video library — which could previously be accessed outside of the browser with a Boxee plugin — is still off limits to Boxee’s PC and Linux users. At least at the time of this posting.

What’s interesting about this situation isn’t necessarily the back and forth, but the subtext. As this battle enters extra innings, it becomes increasingly clear that Hulu is at the whim of its content partners. The company has created a solid and capable environment for monetizing web video, but let’s face it, if there were nothing to watch, none of us would be flocking there. So it shouldn’t be surprising that Hulu continues to side with its content partners in blocking out Boxee users.

The truth is, Hulu’s new encryption efforts make dollars and sense for its content partners. Networks like NBC and Fox might have snagged viewers by partnering with the video portal, but Hulu’s slightly airy ad library hardly compares to the revenue generated from their broadcast cousins. For these networks, as well as their partners, protecting broadcast advertising’s revenue stream will always be a priority. At least while the advertising market continues to stay solvent.

Oh, and there’s a bit of irony at work too. While Hulu and Boxee continue to go toe to toe, multiple ISPs, broadcast networks, Hollywood studios, advertisers, and Visa are all gearing up for the launch of a competiting service/set top box called ZillionTV.

Suffice it to say the Hulu/Boxee/broadcaster fight is far from over.