Hulu today launched a universal Windows 10 app for smartphones, tablets, and PCs, with support for Cortana and Live Tiles. You can download the new version now from the Windows Store.

To be clear, Hulu was already available on Windows 10. There was a Windows 8.1 app for PCs and tablets that worked on Windows 10 computers, as well as a Windows Phone 8 app that worked on Windows 10 Mobile. Today’s release is a single app that works across smartphones, tablets, and PCs. If you download Hulu from the Windows Store (or update to the latest version), you’ll get the same app, but it will adapt its user interface to your device. That said, the app is only available to U.S. residents (unlike Netflix, with its massive reach, Hulu is limited to the U.S. and Japan).

The universal Windows platform (UWP) also stretches to the Xbox One, but Hulu didn’t include support for the console in this release, Greg Sullivan, senior manager of Windows, told VentureBeat. Hulu is already available for Xbox One, but since Cortana voice commands haven’t yet been extended to third-party apps on Microsoft’s console, there was no incentive to include Xbox One support today. 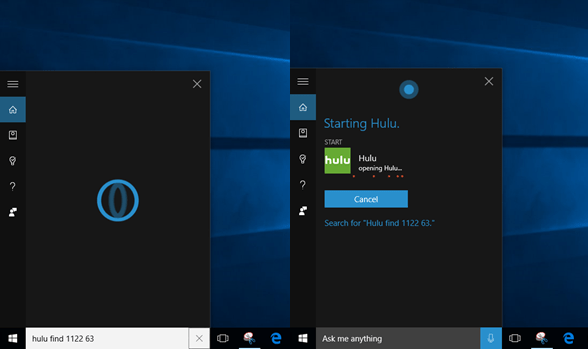 Within the Hulu app, you can navigate directly by typing the name of a show or episode. Even if the Hulu app isn’t open, you can use Cortana to trigger specific sections of the app. For example, you can say “Hey Cortana” followed by: 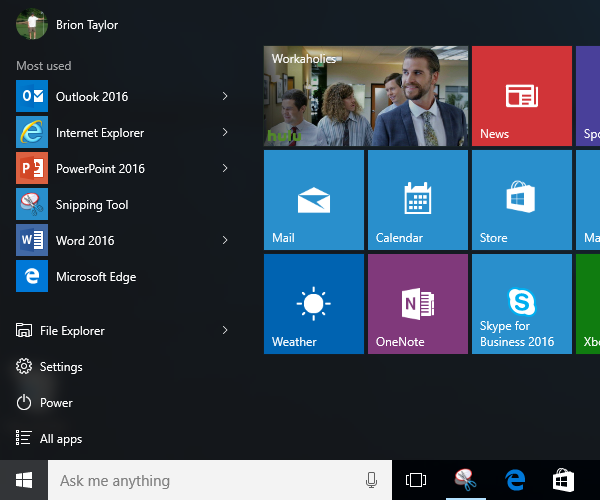 Not only can you pin the Hulu app to your Start menu, you can also pin individual shows and documentaries. Live Tiles support means the app tile will display new shows and offer recommendations for what to watch.

Hulu timed the release of its new app with the premier of its new Hulu Original show titled “11.22.63.” Because the Xbox One app didn’t get an update, Hulu is throwing Xbox users a bone with the first part of 11.22.63, “The Rabbit Hole,” which is available free to non-Hulu subscribers “this week only.”