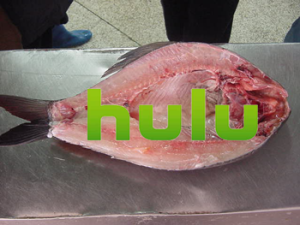 The good news is that Hulu’s owners — which include Disney, News Corp. and Comcast — don’t want to take their exclusive television content with them if the video streaming service is acquired. The bad news is that the new content agreements for ABC, Fox and NBC programming will be much different for Hulu users.

Hulu users can expect more commercials during episodes and longer program delays. Users may have to wait up to eight days after a program airs on a broadcast station before finding it on Hulu, according to the report.

And while the revised content agreements make watching the broadcast stations a more attractive option, they don’t change prior stipulations allowing media partners to stream programming through websites they operate.

Last week, Hulu took steps to put itself up for sale. But since Hulu’s value is largely tied to its content partnerships, its current owners had no choice but to forge a new agreement, which is why the new content agreement benefits individual media companies. The media companies are hoping the new “exclusive deals” are good enough to keep potential buyers interested in acquiring the streaming service.

I can’t imagine purchasing Hulu under the current stipulations would be a particularly good investment. Yet, the company (and its owners) could be using these new stipulations as bargaining chips during acquisition negotiations.