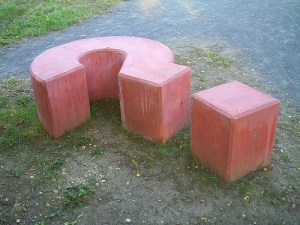 Would you rather answer a question instead of watching a commercial? Executives at the online video hub Hulu think so. Chief executive Jason Kilar told iMedia that the company is working with advertisers to incorporate question-based prompts in place of traditional video ads.

This isn’t an entirely new proposition for Hulu, but an intriguing one nevertheless. Currently, the site prompts users with largely static questions during its ads. Up until this point they’ve been generic queries like whether a commercial was liked/disliked, or preference on watching a single lengthy commercial versus multiple short ones.

However, Kilar says that the new set of dynamic question-based ads could fall in line with the site’s increased efforts to leverage interactive advertising for ad targeting. So, instead of advertisers guessing what kind of Hulu user watches “The Office,” the proposed question-based ads could glean a ton of behavioral, demographic, and individual information from users.

The potential setup would be simple. Instead of sitting through a programming themed video ad, users could answer a couple questions about their taste in, say, soft drinks. Over time, enough of these questions could create a dynamic profile of a user’s tastes — from food and clothing, to even lifestyle and spending habits. Naturally, the data Hulu already collect’s about a user’s viewing habits would fall right in line.

Of course, Hulu isn’t the only company fixated on targeting ads in this fashion. Google garnered a lot of press last month by announcing a targeted ad initiative using users’ stored cookies. The big difference between the two is the nature of the imposition. Whereas Google targets text ads based on users’ browsing history (which takes no effort on the users’ part), Hulu’s potential question-based ads would require direct user involvement (i.e., moving the cursor and clicking “yes” or “no”).

Since this type of activity is often voluntary, advertisers would have to present a compelling reason to respond to a question. Anything less would result in questions unanswered, and possibly a loss in ad revenue over time for Hulu.

Whether Hulu will be able to covert its traffic into ad revenue has already become hot topic. As it stands, analysts like Screen Digest’s Arash Amel are predicting that the site’s traffic growth is outpacing ad spending. Could the answer lie in getting users to respond to simple questions?