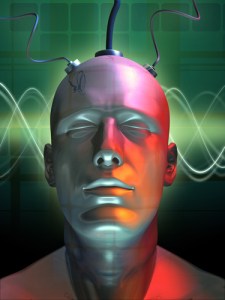 With Humanoid developers can harness the strength of crowd-sourcing and get accurate results, not currently available from existing solutions such as Amazon’s Mechanical Turk, where people around the world can complete small tasks for payment, or outsourcing hubs like oDesk or Elance. Imagine a 20,000-person workforce at your fingertips completing tasks for $4.99 per hour.

Humanoid founder Matt Mireles wanted to build the API to solve a problem he ran into at his video-transcription company, SpeakerText. “We launched SpeakerText, and it took us about a year and a half to get actual quality results from Mechanical Turk,” Mireles told VentureBeat. The problem, Mireles said, is that it was extremely difficult to ensure the quality of an anonymous, distributed workforce. For every dollar the team spent on labor on Mechanical Turk, it had to spend two dollars on quality assurance and cleanup. Everyone is trying to game the system, because there’s no accountability.

“Mechanical Turk is a marketplace with no sheriff,” Mireles said.

Humanoid operates like a good boss and does what bosses have done since the beginning of time, Mireles said. When someone is new, the boss pays closer attention to them and ensures that they’re producing quality work. As the quality improves, there is less need for scrutiny, and the employee can operate with more autonomy. This has never been possible before, because there wasn’t a software program focused on assuring quality.

“Businesses demand accuracy, and quality, but they can’t get it, because they have to manage the teams themselves,” Mireles said. In the case of SpeakerText, that meant hiring people to manage the quality of the work produced by the teams doing jobs from Mechanical Turk, a problem that is remarkarkably widespread.

Using statistics to predict how accurately a task will be completed based on a worker’s past performance, Humanoid is able to judge whether a worker is showing signs of fatigue, or if other factors could be interfering with the completion of a task. When these warning signs arise, the job is rerouted to another distributed worker who can meet the company’s standards, so no time is lost fixing work that is not up to snuff.