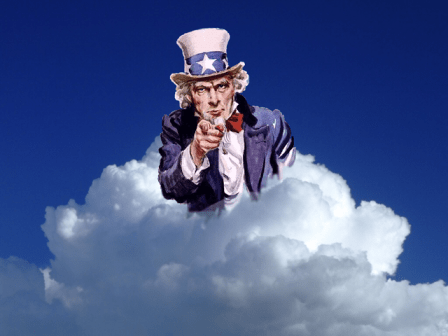 Fire extinguisher inspector David Kneer bought an iPad so he could generate paperless inspections in the field. Then he hit a snag: The PDF inspection reports were unnecessarily lengthy and Apple’s mobile operating system, iOS, prevented him from deleting individual PDF pages on his iPad. Kneer decided to make an app to solve his problem, which he did with help from a freelancer named Maverick26.

“Maverick26 helped me through the process,” says Kneer. “Maverick26 helped me get the test app and revisions onto my iPad and showed me some video updates so that I was assured the project was coming along. In the end I’m probably working 50 percent faster in the field and once my inspection is finished, I’m finished. Report generated. The app has paid for itself in one day.”

This is one of thousands of stories coming out of Freelancer.com, an Australian company that connects entrepreneurs and companies to engineers and developers who can tackle technical jobs ranging from app development to logo creation. Cloud-based employment providers are making it possible for small businesses to build a global team on a shoestring budget. The concept isn’t just realistic, it’s going mainstream. Freelancer.com reports $100 million in user earnings and says the service has saved businesses $1 billion in equivalent skilled labor costs in industrialized economies.

“We empower entrepreneurs and small business owners to turn their ideas into reality,” says Freelancer.com CEO Matt Barrie during a phone interview with VentureBeat. “We also deliver technical jobs to emerging economies. Freelancers gain reputation, like a page rank in Google, and can make $1 million a year at the top of the list.”

A good option in a bad economy

The opportunity for growth in the global freelance market is massive, as evidenced by the competition between freelance employment market providers like Freelancer.com and Elance, a similar company. One thing both companies agree on is even with global economic struggles, it has never been a better time to start a business.

“Today, a lot of the things you need to build a business, the infrastructure, are free,” says Barrie. “The software that isn’t free is cheap. If you don’t know how to put this all together you can use freelancers to do so cheaply. You can fund a company for $20,000 or bootstrap with nothing.”

“Lean startups love the cloud,” Elance CEO Fabio Rosati explains to VentureBeat. “Now you are able to build your team with a human cloud. You are able to find and engage talent online. It was a trend pioneered in Silicon Valley, but it’s taking off everywhere.”

Elance CEO Rosati says using the cloud to tap into freelance power does two significant things for companies and entrepreneurs: One, they have the flexibility to scale up and down quickly, and two, they have speed.

The first challenge Elance, Freelancer.com and other online employment companies face is transforming the way people think about freelancing. Specifically, why should you go global when there freelancers are available locally? Rosati says the transformation is similar to the way consumers have changed the way they shop: People love to visit their local bookstore, but they are now more likely to visit Amazon.com to buy a book.

Once the hurdle of freelance adoption is removed, the issue of outsourcing to talent in developing countries is bound to raise new ones. Are these online employment services undercutting local talent who charge far higher rates? If U.S.-based designers and developers don’t yet have an opinion of online employment companies, they soon will. Issues raised by local freelancers could put a microscope on laws regulating freelance pay scales. This is a new era of freelancing, and it may call for new regulation.

But let’s not worry about that, yet. Currently the biggest challenge online employment companies face is pricing competition. Companies like Elance and Freelancer.com are going after the same talent pools and trying to attract the same entrepreneurs to use their services. The reputations of these companies, and the freelancers they provide, are critical to grow and maintain.

“Reputation is the most valuable long-term investment for a freelancer, and most freelancers establish their reputation by going above and beyond to provide exactly what businesses need,” says Freelancer.com’s Barrie. He says the 1.2 million jobs posted on Freelancer.com to date are a testament to that reputation.

“As a business owner for over 25 years, I have seen a massive change in how business is done, especially with the boom of the internet,” says Todd Kersey, CEO and President of Bass Online, a global fishing outfitter based in Florida. Kersey used Freelancer.com to contract a man named Amit for design work.

“We did not know Amit from Adam or Eve on Freelancer,” says Kersey. “But while we are comfortably sleeping in the U.S. we are able to have great guys like Amit out-working our competition.”