Hundreds of universities have expressed an interest in teaching virtual reality development to students, but few are equipped to do so, according to a survey by German game engine maker Crytek.

To address the problem, Crytek has created a VR First initiative that makes tools for VR development freely available to universities. Since January, 14 universities from North America, Europe, and New Zealand have joined the program.

Frankfurt, Germany-based Crytek competes with Unity Technologies, Amazon, Epic Games, and MaxPlay in the game engine business. It aims to snare students early on in their careers in the hopes of generating real business from their talents later on. So universities are an important battleground in the game engine wars. 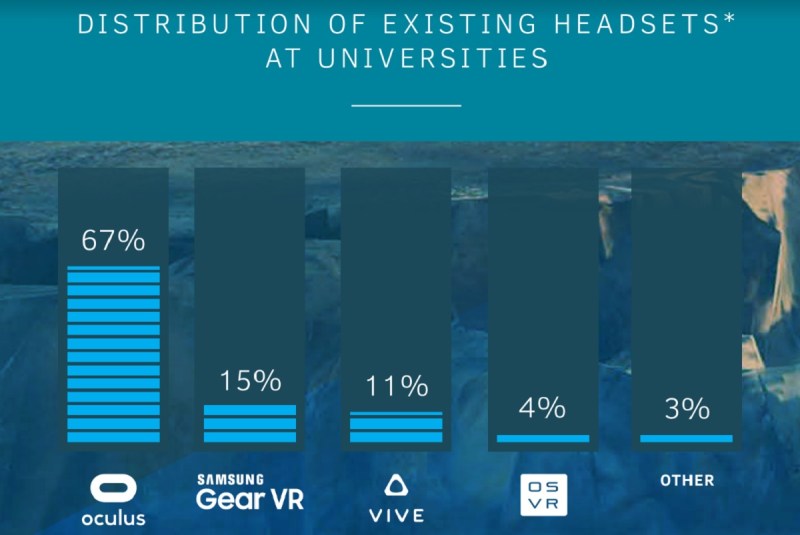 Above: Few schools are already equipped with VR hardware.

But to capitalize on that potential, it will be necessary to seed schools with VR hardware and software. Crytek said that more than 400 universities have expressed an interest in VR, and 201 of them have officially applied for a VR First Lab, backed by Crytek. About 88 percent of the 201 universities are either planning a VR course or already offer one. But, on average, there are fewer than two VR headsets available at these universities.

Ferhan Özkan, senior business development manager at Crytek, said in a statement, “According to our predictions, the VR industry is likely to require many more skilled development graduates than it will be producing in the next years. At the same time, our data clearly shows that universities are under-equipped to implement educational goals and satisfy the VR industry’s demand. With the VR First initiative, we’re addressing this problem, and we invite leading lights in the industry to contribute to this collective approach toward the empowerment of students and developers.” 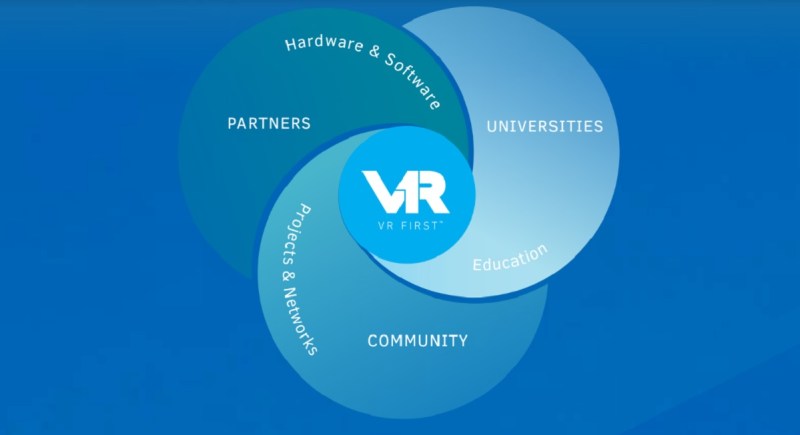 Above: VR First brings together hardware and software partners for VR education.