Virtual reality may very well take us beyond such input devices as game controllers and joysticks. That’s where Hypersuit comes in.

The Hypersuit is like an exoskeleton, a suit that makes you feel like you’re flying in virtual reality. You lie on it in a flying position, and you can move your arms about in a variety of directions. I saw the Hypersuit at CES 2017, the big tech trade show in Las Vegas earlier this month.

Hypersuit, which is in a prototype state, is being built by a Paris-based startup by the same name that was started in 2016.

“The difference between a game controller and our project is that with the Hypersuit your all body is the joystick, so you can move freely, like Iron Man, instead of using your thumbs,” said Gregoire Arcache, founder of Hypersuit, in an email.

He said the inspiration came from the “oldest dream of mankind (flying) and the frustration of using VR sitting on a chair.” With Hypersuit, you can be a superhero, an astronaut, a scuba diver, or a wingsuit flyer.

The suit has a number of sensors that enable it to detect your movements. To finish it, the company will have to create both hardware and software.

The company hopes to ship the product in June. The price hasn’t been set yet. Hypersuit has three cofounders and a team of four people. So far, they are self-funded, but they plan to start raising a round of funding next month.

Does it sound crazy? It probably is, said Arcache. But it could also be a lot of fun. 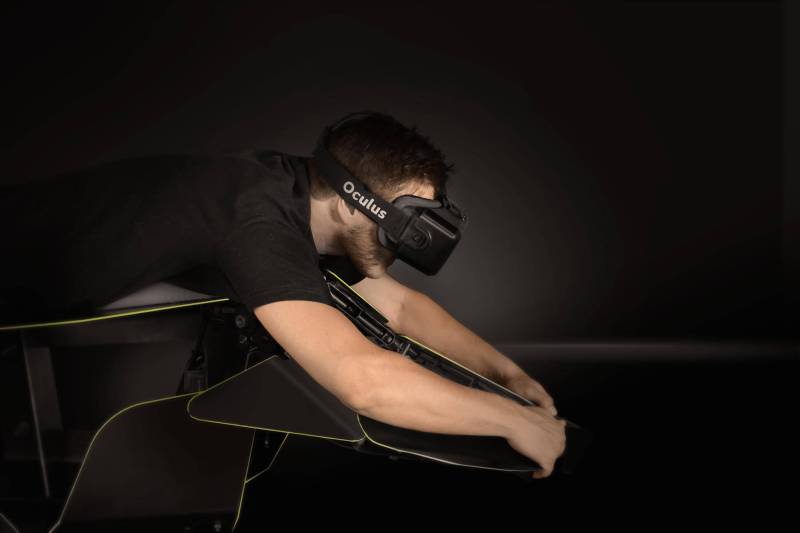