This is a guest post by investor Richard Kagan

I first learned about an electronic currency called Bitcoin in February, 2013. At that time, it was pretty easy to find well-connected people who hadn’t even heard about the phenomenon, much less understood the details and potential implications.

This is rapidly changing with the growing volume of Bitcoin news and chatter. This prompted me to consider: Is Bitcoin mostly a means for criminals, tax evaders and terrorists to avoid detection of their financial doings? Or is it the next big thing in tech?

I’m still developing my thesis for investing in businesses based on Bitcoin and related technologies. If you’re considering investing, here are some of my thoughts:

I believe that the Internet is not inherently good or bad — and neither is Bitcoin.

As such, Bitcoin technology can be used by tax cheats, criminals and others seeking to hide their activities.

That said, many innovations have unwanted side effects: The Internet has enabled the rise of pornography and erotica, which now accounts for 30 percent of Internet traffic according to a widely-quoted report. Moreover, conventional financial systems are by no means immune to abuse: Liberty Reserve, the financial institution recently busted for laundering billions of dollars for criminal elements, did so using conventional money and banking technologies.

What stood out to me that few people understand is that transaction records do not include identity information, but all Bitcoin transactions (from the very first) are recorded in a public, unencrypted ledger — “the blockchain” — that anyone can access at any time. This kind of transactional transparency is completely novel, and enables a slew of innovative reporting and analysis applications that mine blockchain data. It also enables law enforcement agencies to trace money flows in new and potentially powerful ways.

Bitcoin is more than a payment service

Bitcoin is often compared to Paypal, which is primarily a payment service. Bitcoin can be used for this purpose, but it can also implement new and innovative financial services. The protocol allows for a significant degree of programmability, making it possible to conceive and deliver myriad financial products from micro payments and peer-to-peer credit to escrow services, crowd purchases, lotteries and more. Bitcoin offers extremely low costs — and no participation or control by conventional banks or other financial institutions.

This is threatening to many entrenched players. In my opinion, Bitcoin has the potential to impact the financial services industry as much as the Internet has changed media, entertainment, telecommunications, retailing and many other industries.

Those of us who live in Western democracies take for granted the benefits we enjoy from our relatively stable currencies and easy access to affordable financial services.

But there are dozens of countries with billions of people for whom inflation is a daily concern, and banking services are typically unavailable.

U.S. households increasingly conduct some or all of their financial dealings outside the conventional banking system, often paying exorbitant fees in the process.

For the roughly 6 billion unbanked people in the world, Bitcoin or something like it could offer a viable alternative. As a result, we might very well see Bitcoin adopted first in emerging economies, and then flow back into mainstream economies in an unusual reversal of the globalization tide.

Be ready for a fight

The major record labels went after more than just Napster when they saw that digital music sharing posed a threat to their traditional business model, and targeted everyone from teenagers to ISPs and telecomm carriers in their attacks.

Given the potential challenges that Bitcoin could pose for global financial systems and the companies that operate them, its no surprise that organizations involved in Bitcoin are drawing considerable fire.

This is interesting, given that the Bitcoin Foundation doesn’t appear to provide any sort of financial services — money transfer or otherwise. The agency’s spokesperson reportedly later admitted that they didn’t understand what the Foundation did and invited them to “explain their business,” as if the cease-and-desist letter were some sort of invitation to tea. This is just the tip of the iceberg. Every Bitcoin company needs to be prepared for attempts by government and commercial entities to slow them down, or stop them.

So where does that leave a potential investor? Bitcoin has enormous potential and could trigger tectonic shifts in financial systems and services. It is also being viewed warily by very large, powerful interests. Those with weak stomachs and shallow pockets will probably want to steer clear of Bitcoin investments. I predict colossal returns or big busts, but in either case, an exciting ride along the way. 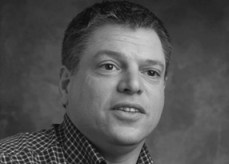