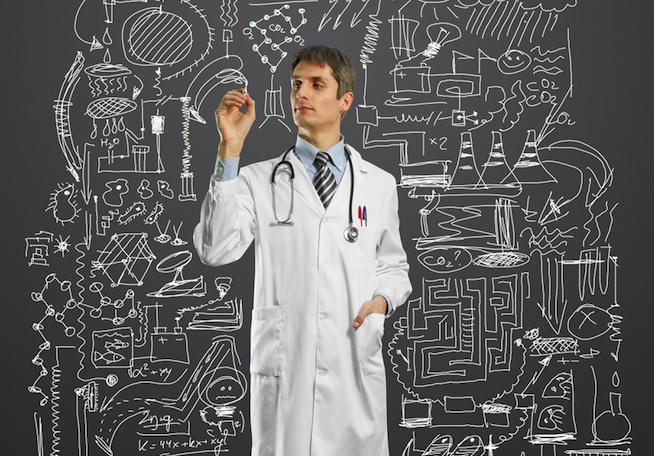 Crowdfunding is entering its golden age, with new startups popping up at a frequency that rivals daily deals sites in their heyday. Iamscientist is one of the few to bring the Kickstarter model to science and academia.

The Bedford, MA-based company raised $1 million this month in seed financing from angel investors, including George Whitesides, the Harvard University chemistry professor and co-founder of more than a dozen companies, including Genzyme (recently acquired for about $20 billion). Whitesides subsequently joined the company’s board of directors.

Iamscientist is designed to appeal to university professors and researchers who can invest a few hundred dollars into engineering, life science, and biotech. Current projects include a robotic device to help stroke victims regain control of motion in their upper limbs (watch the video below) and a new diagnostic system for mental disorders.

The first projects on the site only need a small boost in capital to kickstart research. Patrick Murphy, a senior at Northeastern University, is a member of the team behind the rehabilitation device for stroke patients. He told me he’ll settle for a few thousand to buy the parts for a robot that can help them grasp and release objects.

As of this week, the platform has six projects; Shakhnovich said that they have plans for another 150. The typical funding goals for research teams are anywhere from $1,000 to $25,000, a mere drop in the ocean compared to the sums some raise on Kickstarter. The site is different from the most recent wave of crowdfunding platforms, including PeoplesVC, which offer unaccredited backers a piece of the pie in exchange for funding — Iamscientist does not support large-scale projects and doesn’t trade in equity.

The site is also building new tools to improve communication between researchers and institutions. To that end, they launch KnowledgeXchange today, which is intended for researchers to ask difficult question, recruit team members, and seek mentorship and advice from senior academics.

“The problem in academia is that researchers are in their own world,” said Borya Shakhnovich, the site’s founder. “We’re hoping to get projects funded and encourage students and researchers to chat about their ideas.”

In a former life, Shakhnovich was a systems biology researcher at Harvard. He said that the site was designed to be an antidote to the painful, 18-month grant process that it usually takes academics to receive funding.

Shakhnovich has another compelling reason for starting the “Kickstarter for academic research,” as he refers to the startup. Chances are that a Terrapin conversation project wouldn’t have much of a shot on your average crowdfunding platform. (This is currently the most well-funded project on Iamscientist, far surpassing research on stem cell therapy and farming mechanisms in Africa.) Iamscientist is intended to spotlight scientific research, particularly in the realm of environmental and life sciences. He told me that with the waning interest in biotech from angel investors and venture capitalists, the site may prove to be a confidence boost for young entrepreneurs and an opportunity to test and prove a concept.

According to Shakhnovich, the major challenge has been to translate esoteric research into a language that the general public can understand. It has been a strain on time and resources. In future, they will develop templates for researchers to use before posting their projects. This has also proven problematic for the site’s major competitor, Petri Dish, which has been tackled with mixed success.

Another potential problem is that the public will always lean toward cool or gimmicky projects rather than dry (but important) academic research.

Iamscientist will make money in the same way that Kickstarter does, by taking a 5 percent commission fee once the project meets its funding goal. The company plans to raise another round of funding in the coming months.