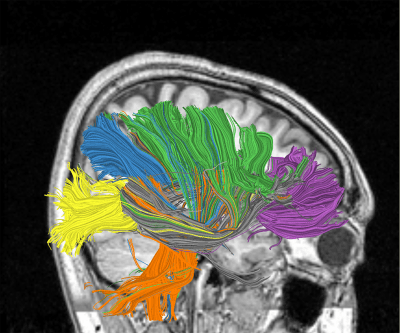 Artificial intelligence has been a dismal failure over many decades of research. But scientists say they’re closer to understanding how the brain works and want to build a computer modeled on the human brain.

We can all have a good laugh at this, but it’s a serious effort. IBM Research and five universities have teamed up to creative “cognitive computing” systems that can simulate the brain’s ability to sense, perceive, act, interact and recognize patterns. They will do so under a $4.9 million grant from the Defense Advanced Research Projects Agency, or DARPA, the research arm of the Pentagon.

Dharmendra Modha, the manager of cognitive computing at IBM’s Almaden Research Center, said in an interview that he’s more optimistic than ever that computers can mimic the brain. That’s a scan of his own brain pictured above.

“The question is, ‘What is mind?’ We have no definition of it. Cognitive computing is our attempt to engineer the mind by re-engineering the brain,” he said. That is, the team will try to build a computer that works the way the brain does, starting from its collection of millions of brain cells, or neurons, and its connections, known as synapses. If the team can succeed, the result may be computers that are much more intelligent than today’s machines. They could be good, for instance, at recognizing visual or audio patterns — the kind of computing the brain can do in the blink of an eye.

Modha said three recent developments have given the team hope. First, neuroscience has matured and yielded realistic hypotheses about how the brain works. (One of those who has advanced his own theory is Jeff Hawkins, founder of Palm and co-creator of brain-related software startup Numenta).

Second, supercomputing power is plentiful and ready to process the enormous amount of data needed to simulate how the brain works. IBM has already been able to create a software simulation of a rat’s brain. The simulation created a rat’s brain with 55 million neurons, using an IBM BlueGene supercomputer with 32,768 processors and eight terabytes of memory.

Third, Modha said that nanotechnology fabrication has advanced so far that he thinks it’s possible to build tiny brain circuits consisting of nano-engineered materials that can operate with the same energy efficiency as the brain itself. That means it’s possible to wire a mockup of the brain without melting the planet with all of the power it uses.

Because of technology’s continued progress, interest in the seemingly unsolvable problem of cognitive computing is blooming. IBM started this work three years ago and has had a couple of conferences on it. Modha noted that IBM did its first artificial intelligence work as far back as 1956, but he expects this work will be a worldwide effort.

In the first nine months of the new project, the team will try to build a brain circuit that rivals the space and size of real brain cells and synapses. “If we are successful, we could transform the productivity and security of our entire society,” he said.

Artificial intelligence has failed in the past, Modha said, because researchers approached the problem piecemeal, trying to pick off a small part of the problem, such as understanding hearing.