At CES 2019 today, in a keynote delivered by IBM CEO Ginni Rometty, IBM gave an update on its progress in four core areas of computing: big data, artificial intelligence, quantum computing, and what it calls “digital society” — closing the skills gap in computer science. Rometty spoke at length about how technologies like machine learning, blockchain, and others have the potential not only to improve the lives of IBM’s and its clients’ customers, but to transform virtually every industry. 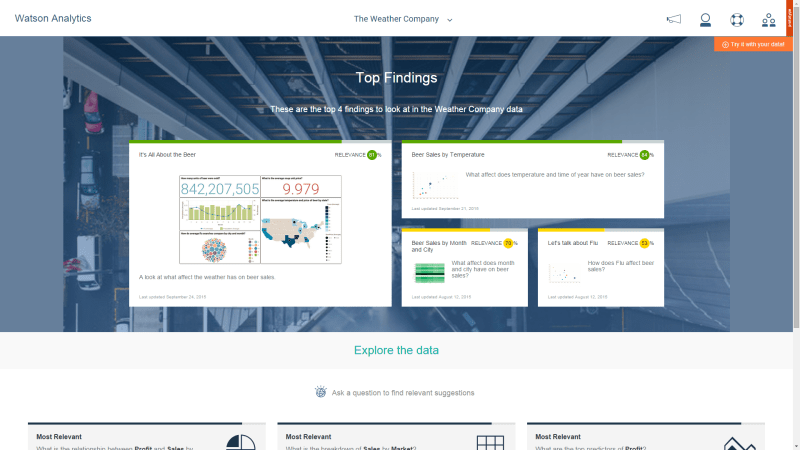 “Currently most areas of the world only have access to lower-quality forecasts based on weather models with much less precision than what we are used to in the U.S. and Western Europe,” IBM said in press materials provided in advance of Rometty’s presentation. “This new model will be able to discern hyperlocal weather patterns all the way down to individual thunderstorms.”

Rometty says the new model is being made possible by advances in computing power and the proliferation of data-collecting internet of things devices, including personal weather stations, atmospheric sensors on aircraft, and smartphones. A PC based on IBM’s Power9 — a 14nm, highly symmetric multiprocessor tailor-made for AI workloads — crunches 10 terabytes of weather data each day, providing hourly weather forecasts at five times greater resolution than previous state-of-the-art systems.

IBM is investing heavily in quantum computing. Since 2016, as part of its IBM Q initiative, it’s offered access to a quntum computer located in Yorktown Heights, New York, that’s executed more than seven million quantum programs, the results of which have been cited in more than 120 published academic papers. And that’s just the start, Rometty said.

IBM today pulled back the curtains on its newest work: new hardware casing it says has the potential to “transform … [the] computer from something that existed solely in … labs” to “something that can [be] … used to support business and academic research.”

The design, which IBM calls its “most advanced ever,” takes the form of a 9 foot-by-9 foot glass housing designed by Goppion, a team of industrial designers from Map Project Office and Universal Design Studio. It’s specially designed to prevent outside sound, vibrations, or temperature fluctuations from reaching the quantum computer within, and to extend the lifespan of qubits — the fundamental units in quantum computing that represent atoms, ions, photos, and electrons and control devices that work in tandem to store and process information.

IBM also revealed that it’ll create a data center mainly consisting of quantum computers — the Quantum Computational Data Center in Poughkeepsie, New York — which it claims will be a world’s first.

It’s been nearly half a year since IBM demonstrated Project Debater, a conversational AI system with the ability to deliver persuasive arguments. Debater — the culmination of two years’ worth of work — sourced hundreds of millions of interactions from journal and newspaper articles to debate Dan Zafrir, president of the International Debate Society in Israel and 2016 national Israeli debate champion Noa Ovadia, in a ten-minute clash of wits in June. 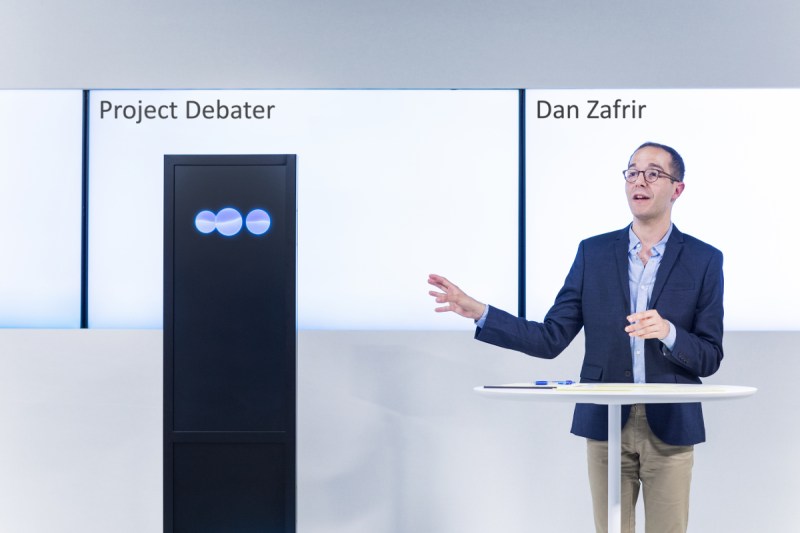 Above: Project Debater in action.

The new iteration of Debater — revealed during IBM’s keynote — is even more capable. It’s called Speech by Crowd, and it collects and analyzes text feedback from large audiences to “derive actionable insights” from comments made by audience members about a range of topics — like gambling, autonomous cars, violent video games, and online shopping — in their own words.

That’s an improvement from the version of Debater revealed in summer 2018, which avoided directly quoting its opponents in order to avoid making mistakes or getting things wrong in its speech to text translation. Rometty called Speech by Crowd a “big advance” toward mastering language.

Lastly, IBM unveiled the 21st Century Apprenticeship Coalition, a partnership among IBM, the Consumer Technology Asociation (CTA), and the other businesses that have pledged to work together to create “thousands” of technology apprenticeship opportunities nationwide. It builds on IBM’s existing apprentiship program with the U.S. Department of Labor.

More than a dozen CTA member companies are onboard, including Ford, Bosch, Sprint, Toyota, Canon, and Panasonic. Onstage, Rometty said that she believes AI will change “100 percent” of jobs, and that companies must work quickly to create a workforce to fill “new collar” positions.

“At IBM, we fundamentally believe in the power of technology to make our world a better place to live, and to benefit the lives of the many, not just the few,” Rometty said last year. “We all have a responsibility to use innovation to make a difference, and … our collective goal is to help people in need and build a better future.”