IBM Research has been investigating the future of technology at the Almaden Research Center in San Jose, Calif., for 30 years. On Thursday, academics and researchers were called together to delve into the past and explore the future of topics such as brain computing, medical diagnostics, and food safety.

Almaden, one of 12 IBM Research facilities, is the birthplace of technologies like the relational database, nanotechnology (the ability to position individual atoms), the first data mining algorithms, and the world’s smallest disk drive. Talks on the campus, located in the rolling hills of San Jose, have underscored the world’s big problems, like cancer and epidemics, and investigated how to address them with tech.

Researchers based at Almaden, and alumni of the institute, have been celebrated with prestigious science and technology awards, including the Nobel Prize for Chemistry (2014), Millennium Technology Prize (2014), Kavli Prize in Nanoscience (2010), A.M. Turning Award (1998), and the National Medal of Technology and Innovation (1985). 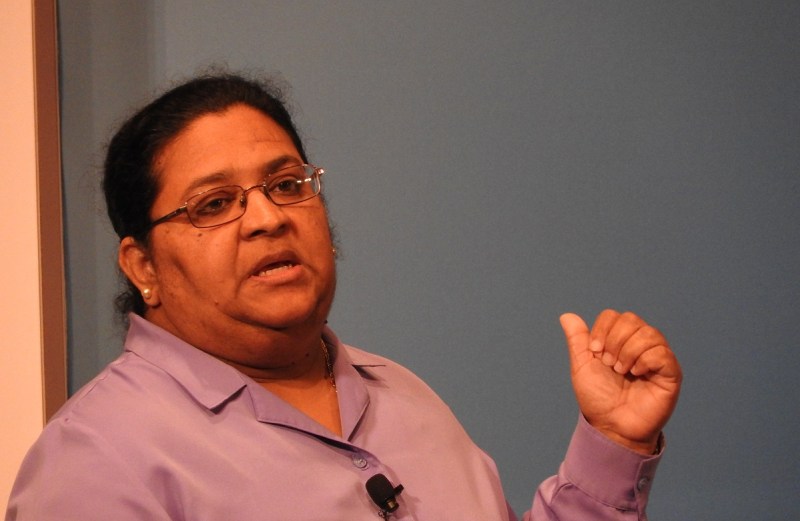 Above: Tanveer Syeda-Mahmood, an IBM fellow and medical radiology expert

At the IBM event, I moderated a series of four Science Slams, in which researchers have five minutes to tell a personal story about their work to inspire, educate, and engage people.

Arvind Krishna, senior vice president of IBM Research, welcomed the crowd by proclaiming that the coming human-machine fusion was the beginning of a new Renaissance. Quoting scientist Marie Curie, he said, “Nothing in life is to be feared. It is to be understood. If we understand more, we can fear less.”

Tanveer Syeda-Mahmood, an IBM fellow and medical radiology expert, said that her own father suffered from a misdiagnosis — a physician mistakenly prescribed anti-stroke medication to him when he needed the exact opposite treatment. He survived, but that near-tragic mistake stayed with her, and she is working on how to use data analysis to create cognitive assistants for physicians.

Daniel Rubin, a cancer researcher at Stanford University, talked about how expert radiologists could tag and describe growths and tumors so that machine learning could be applied to unstructured data, such as radiology images, and offer real-time support for doctors as they are diagnosing cancer patients. He said there are many challenges ahead, but there’s hope. 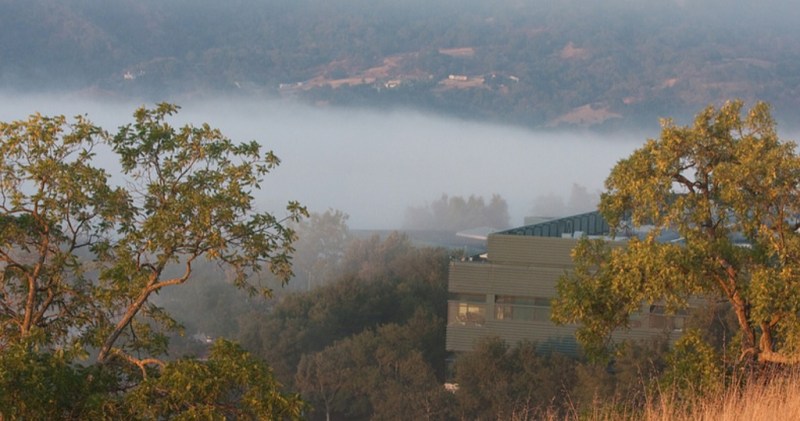 IBM has received a wide variety of honors for the work done by Almaden researchers and others on TrueNorth, a computer chip based on a new kind of architecture that draws on how the brain processes information. Recently, Lawrence Livermore National Lab began using a 16-chip neuromorphic system to explore supercomputing capabilities important to the National Nuclear Security Administration’s (NNSA) missions in cyber security, supporting their stewardship of the nation’s nuclear deterrent and non-proliferation efforts.

Kun Hu, a public health research scientist, discussed in a Science Slam talk how she was inspired to study epidemics by her own experience with the SARS crisis while attending college in China. Her work showed that rapid identification of contaminated food sources is vital to minimizing the spread of norovirus infections and other foodborne illnesses, like salmonella.

One way to do that is by analyzing retail-scanner data from grocery stores and comparing it against maps of confirmed cases of foodborne illnesses. Traditional investigations can take weeks, but Hu found that the analysis can be done much faster.

“When there’s an outbreak of foodborne illness, the biggest challenge facing public health officials is the speed at which they can identify the contaminated food source and alert the public,” said Hu. “While traditional methods like interviews and surveys are still necessary, analyzing big data from retail grocery scanners can significantly narrow down the list of contaminants in hours for further lab testing. Our study shows that big data and analytics can profoundly reduce investigation time and human error and have a huge impact on public health.”