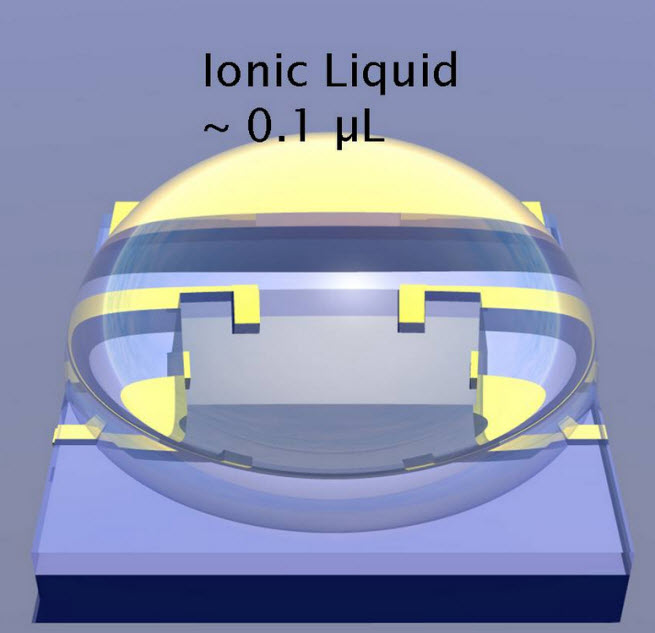 For decades, the transistor has been the building block of electronic devices, from computers to smartphones. It has seen little change, but a team of researchers at IBM has given the transistor a major makeover, and it may enable the company to build computers that function more like the way the human brain works.

If it pans out, IBM could use the technology to build chips that are highly efficient and use much less electrical power. That could lead to a revolution in mobile devices, which today are bound by short battery lives and electrical inefficiency. The whole process is not unlike the charged electrical fluids sloshing around in our brains. If the brain can do it, an artificially crafted material might be able to do it too.

The new technology is based on materials called “correlated electron oxides,” which can be combined with an ionic liquid, or a mixture where half of the molecules carry a positive charge and half are negative. When you apply a tiny ionic voltage to the liquid, the charged particles move to opposite sides of the surface of the oxide material. The charge leaves the oxide and goes into the liquid, changing its conductive state from an insulator to a metal, or from something that does not conduct electricity to something that does.

And it maintains its electrical state until another charge is applied. That part of the research is new and is particularly encouraging. IBM believes it can create non-volatile memory, or chips that save data whether electricity is on or off. It can also make logic chips that would use less power than today’s silicon-based semiconductor chips, which are the brains of everything electronic.

Big Blue is disclosing the breakthrough in the journal Science today. Stuart Parkin, an IBM fellow and lead researcher on the project at IBM, said in an interview with VentureBeat that the small team of researchers had been working for a couple of years.

“We are using tiny currents of ions of atoms generated by these electrical signals to change the state of matter of this oxide material,” he said. “It is a means to build low-energy, highly efficient devices by turning on and off their conducting state. We turn this material into a metal and maintain it without any need to supply power.”

That latter part is remarkable, as silicon chips require constant voltages to function.

Chips that use electricity have been evolving for decades, with progress marked by Moore’s Law, named after Intel chairman emeritus Gordon Moore, who predicted in 1965 that the number of components on a chip would double every year or so. That prediction has been very accurate, but experts worry that progress will slow as semiconductor technology runs into fundamental limits. IBM is working on new solutions, including traditional semiconductor chips that process data like the human brain does.

Parkin said that by applying a charged ionic liquid electrolyte to a substance, the team has been able to create a stable insulating and conducting state of an oxide material. This discovery has opened a way for making oxide-based transistors and logic gates.

“This is an alternative to a slowdown in Moore’s Law,” Parkin said. “Our inspiration is the brain and how it operates. It is full of liquids and ionic currents. We could build more brain-like devices.”