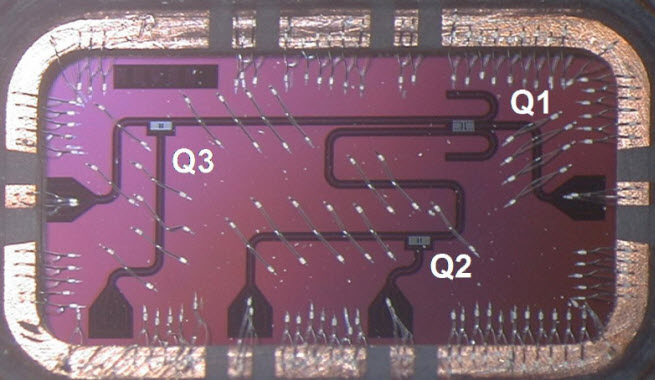 IBM is announcing today that it has made major advances toward creating a practical, full-scale quantum computer, a fabled, theoretical machine that relies on the tiniest atomic properties to compute problems faster than any supercomputer that exists today.

Scientists at IBM Research in Yorktown Heights, N.Y., said that their quantum computing solution leverages the underlying quantum mechanics of matter and that a real quantum computer, which could work on millions of computations at once, could be built in the next decade. The hugely multitasking devices will have big implications for fields such as data encryption. 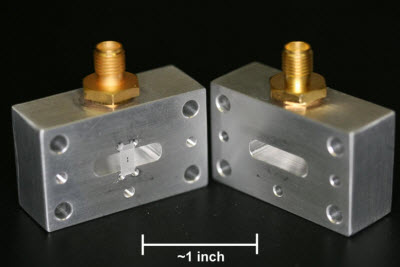 Quantum computing has been a Holy Grail in research since Nobel Prize physicist Richard Feynman challenged scientists  in 1981 to build computers based on quantum mechanics, which predict that matter can be in multiple states at once, in contrast to the on-off transistors that have been the foundation of computing since the 1940s. For decades, the work was all theoretical. But now IBM scientists believe they’re on the cusp of building systems that will redefine computing.

“I do think this will happen within my lifetime,” said Matthias Steffen, manager of the Experimental Quantum Computing group, in an interview with VentureBeat. Steffen has been working on the technology for more than a decade. “Quantum computing could revolutionize information technology compared to what we know now.”

Some of the advances in creating new quantum computers are astounding. Last week, Australian and American physicists at the University of New South Wales and Purdue University reported they had built a transistor from a single phosphorus atom embedded in a silicon crystal. That helped lay the groundwork for a quantum computer.

The IBM scientists made their advances independently and will present them today at the annual American Physical Society meeting from Feb. 27 to March 1 in Boston. In contrast to last week’s news, the IBM “qubit,” or quantum bit technology, is built with relatively large dimensions. IBM showed it could put three qubits on one chip (picture at top). Individual 3D qubits are suspended in the center of the cavity on a small sapphire chip, as shown in the smaller picture.

Steffen said that the new quantum computers should be able to do certain computations, such as factoring a prime number, much faster than traditional machines.

“Quantum computing could factor numbers, or break them down into their prime numbers, in exponentially fewer steps than can be done with classical computers,” Steffen said. “That helps with decryption.”

Right now, IBM can put about five qubit prototypes on a chip. But over time, it may want to put more than a million qubits on a chip.

The scientists have set three new records for reducing the error in elementary computations while retaining the integrity of quantum mechanical properties in quantum bits (or qubits), which are the basic units that carry information within quantum computing. Those qubits allow a quantum computer to work simultaneously on many problems while a desktop PC typically handles a limited number of computations at a time. A single 250-qubit state contains more bits of data than there are particles in the universe.

IBM is creating superconducting qubits using established techniques for manufacturing silicon chips. That gives the qubit devices the potential to be mass-produced in thousands of millions.

Besides factoring very large numbers, the new devices could be used to search databases of unstructured information such as videos. They could also be used to do optimization tasks and solve interesting new mathematical problems.

“The quantum computing work we are doing shows it is no longer just a brute force physics experiment. It’s time to start creating systems based on this science that will take computing to a whole new level,” said Steffen.

In classical computers, the basic piece of information is a bit. A bit can have only one of two values:: “1” or “0”. That forms the basis for the on-off nature of digital computers, like a light switch. It is either on or off. Qubits can hold a value of “1” or “0” as well as both values at the same time. This feature is known as “superposition” and it lets quantum computers do millions of calculations at once.

The challenge of harnessing this power is controlling or removing quantum decoherence, or the creation of errors in calculations caused by interference from heat, electromagnetic radiation, and materials defects in a chip. Scientists have experimented with ways to reduce the errors and lengthen the period in which qubits retain their quantum mechanical properties. If the time is long enough, error correction can make it possible to perform long and complex calculations.

IBM says there’s a variety of ways to achieve the end goal of a functioning quantum computer. IBM’s group focused on using superconducting qubits — basically designer molecules — that allow easier mass production. It created a 3D superconducting qubit (3D qubit) that originated from research at Yale University. The 3D qubit is a sandwich of a superconducting electrode, an insulator, and another superconducting electrode. Put together with a capacitor, the device captures the basic function of a qubit. The dimensions of the qubit are around 10 or 100 microns, large in terms of chip technology. If you add more and more qubits, you get something that can work on many different calculations as the same time.

The team created a 3D qubit that allowed the devices to remain stable for up to 100 microseconds. After that, they collapse into a less useful ground state. When they collapse, they produce an error. But the 100-microsecond time is just past the minimum threshold needed to institute effective error correction. In other words, if you can correct an error quickly enough, the device can still be useful. Over the past decade, this technology has been improved about 10,000 times, Steffen said.

“We are now good enough where we can put five or 10 of these on a chip and start doing quantum calculations,” Steffen said. “We have to solve a number of engineering questions. It’s exciting to be at this point.”

The IBM team also did separate experiments, creating a 2D qubit device with two-qubit logic operations. The operation showed a 95 percent success rate and a coherence time of 10 microseconds. The numbers are just short of the time required for effective error correction. The net result of the advances is that a practical quantum computer could be created in the not so distant future.

“The superconducting qubit research led by the IBM team has been progressing in a much focused way on the road to a reliable, scalable quantum computer,” said David DiVincenzo, professor at the Institute of Quantum Information at Research Center Juelich. “The device performance that they have now reported brings them nearly to the tipping point; we can now see the building blocks that will be used to prove that error correction can be effective and that reliable logical qubits can be realized.”

While most of the work has focused on improving components within the devices, the research must now focus on building systems that integrate error correction, input-output, and cost issues. IBM envisions a quantum computer connected to a classical computing system. Today, the smallest devices made may have circuits 22 nanometers apart, or less than 100 atoms.

IBM started with five researchers and it now has 15 on the project.

Pictured at top: The Silicon chip housing a total of three qubits. The chip is back-mounted on a PC board and connects to I/O coaxial lines via wire bonds (scale: 8mm x 4mm). A larger assembly of such qubits and resonators are expected to be used for a scalable architecture. Australian and American physicists have built a working transistor from a single phosphorus atom embedded in a silicon crystal.