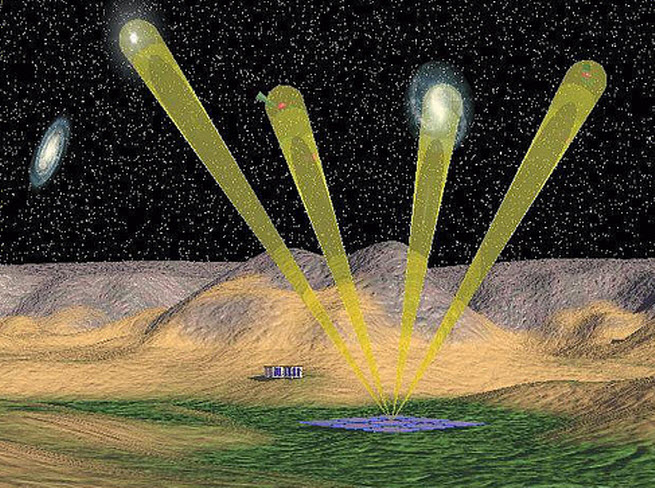 Some of the biggest friggin’ computers you’ll ever see are going to help decipher data from the world’s largest telescope as it explores the origins of the universe.

IBM announced today it has won a $42 million contract to work with the Netherlands Institute for Radio Astronomy (ASTRON) to research the “exascale” computer systems that are needed for the radio telescope, which is known as the Square Kilometer Array (SKA). The project, to be completed in 2024, is perhaps one of the biggest scientific and computing efforts of all time. 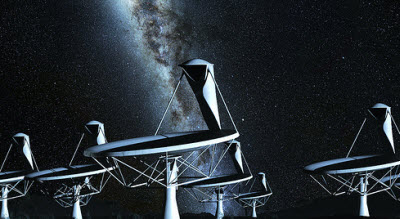 IBM plans to investigate high-performance technologies that will be required to read, store, and analyze one exabyte of raw data per day. An exabyte is equal to one quintillion bytes, a “1” followed by 18 zeroes. That is twice as much data as is produced every day on the world wide web. By the time the entire project is done, about $2 billion will have been spent on it.

The SKA project is backed by an international consortium to build the world’s largest and most sensitive radio telescope. Scientists estimate that the processing power required to operate the telescope will be equal to several millions of today’s fastest computers. The telescope will be used to explore evolving galaxies, dark matter, and data from the Big Bang, or the creation of the universe more than 13 billion years ago.

ASTRON and IBM will do fundamental research for the next five years on a collaboration known as Dome, which will explore the high-performance computers that will be needed in the future. Funding comes in part from the Dutch government.

In Drenthe, Netherlands, ASTRON and IBM will look at energy-efficient exascale computing, data transport at light speed, storage processes and streaming analytics technology. All of that will be useful for the general progress of computing, said Ronald Luitjen, an IBM scientist and data motion architect on the project, which involves astronomers from 20 countries. 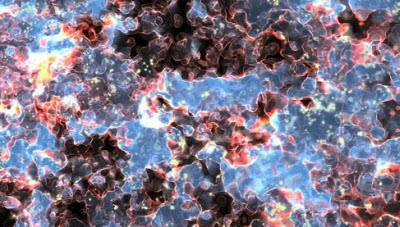 “To detect the signals, you really need a good antenna,” Luitjen said. “It would be the equivalent of 3 million TV antennae dishes. This will be a unique instrument. Nothing else can do this kind of science.”

Luitjen said he has been working on the project for eight years. Ton Engbersen, a scientist at IBM Research in Zurich, Switzerland, said, “This is Big Data Analytics to the extreme. With Dome we will embark on one of the most data-intensive science projects ever planned, which will eventually have much broader applications beyond radio astronomy research.”

ASTRON and IBM will investigate advanced accelerators and 3D stacked chips for more energy-efficient computing. They will also look at novel optical interconnect technologies and nanophotonics to optimize large data transfers, as well as high-performance storage systems based on next-generation tape systems and new phase-change memory technologies. The systems will have to be built with dramatically low power consumption. About 50 people will work on the computing project for the next five years. 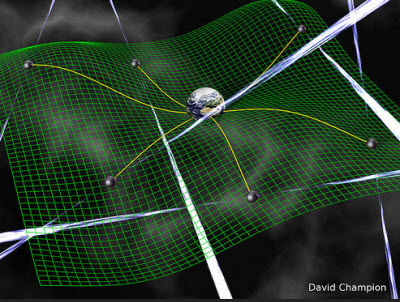 The SKA will use a technology for low-frequency array (LOFAR), which serves as a pathfinder telescope for the larger array. The SKA itself will have millions of antennae to collect radio signals, with the collection area itself equivalent to a square kilometer. The surface area will actually span 3,000 kilometers and will be 50 times more sensitive at picking up radio waves than any former device. It will be 10,000 times faster than today’s instruments.

After processing, about 300 to 1,500 petabytes of data need to be stored, compared to 15 petabytes produced by the large Hadron collider at the CERN supercomputing lab in Switzerland. The site for the SKA is expected to be selected this year, with Australia/New Zealand and South Africa in the running, since those regions don’t have a large amount of radio pollution.