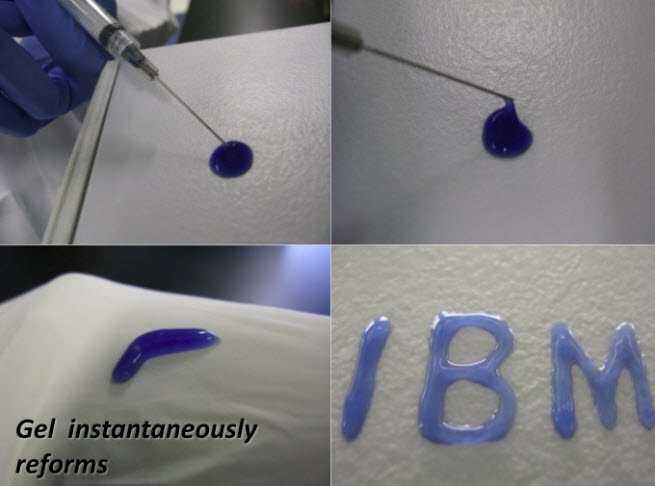 In 2011, IBM researchers and a research group in Singapore showed off a new kind of synthetic, biodegradable nano particle that doctors could use to attack bacteria cells that are resistant to antibiotics. Now, the same group of researchers have made the “nanomedicine” much more practical by delivering it in the form of a cream or gel that you can rub on wounds or inject into infected regions.

Call them nanomeds. They could save your life one day.

If this nanomedicine works as broadly as the scientists hope, it could save countless lives and protect vulnerable people such as hospital patients from illnesses that arise from bacterial infections, including staph. The medicine is based on a trick from chip manufacturing, where researchers can isolate certain kinds of cells and attack them. Too many of today’s drugs or disinfectants kill off both good cells and bad cells indiscriminately, but the synthetic polymers that IBM created can identify bacteria cells and destroy their membrane walls. 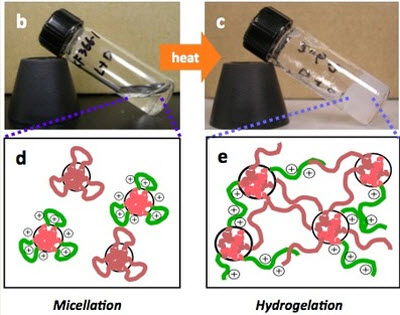 By itself, that’s a great discovery. But today’s development builds on this. James Hedrick, an advanced organic materials scientist at IBM Research at the Almaden Research Center in San Jose, Calif., said in an interview with VentureBeat that a new antimicrobial “hydrogel” can completely eradicate drug-resistant bacteria on contact. On top of that, it forms spontaneously at body temperature and can be delivered in the form of a gelatin, such as a medicinal cream. It can also be injected into a colony of bacteria in the body and wipe it out.

“We think this is broadly applicable to treating all sorts of infections and diseases,” Hedrick said. “I’m thinking about things like HIV. Creating a hydrogel opens up so many more applications.”

The hydrogel is biodegradable, nontoxic, and biocompatible. You could, Hedrick said, put some of the gel on a tracheal tube (which is inserted down someone’s throat) or a catheter. That would vastly reduce the risk of infection related to the use of those medical devices. And that would reduce health hazards for hospital workers, visitors, and patients. It could reduce the risks of methicillin-resistant Staphylococcus aureus, known as MRSA, or staph. In 2005, staph was associated with 95,000 serious infections and 19,000 hospital-stay-related deaths in the U.S.

The federal Centers for Disease Control estimates that antibiotic drug resistance costs $20 billion a year in healthcare costs a year and leads to 8 million additional days spent in hospitals.

Today, you could spray antibacterial liquids throughout a hospital, but the bacteria could eventually become resistant as it adapts to the form of attack. The polymers can be built with a great deal of control from organic materials, which means they are biodegradable. The nano particles are physically attracted to infected cells like a magnet, breaking their membrane walls without destroying healthy cells around them. These agents prevent the bacteria from developing drug resistance by breaking through the cell wall and membrane, a fundamentally different mode of attack compared to antibiotics.

The human body’s immune systems protect us from harmful substances. But the body often rejects conventional antibiotics. But the new materials can work because they change themselves once they come into contact with water in the body or on its surface. The material self-assembles into a new polymer structure that is electrostatically attracted to the bacteria membranes (it’s like putting oil and water together). The polymers then break through the cell membranes, destroying the cell. The bacteria, which have amazing adaptive capabilities, can’t adapt to this kind of physical attack.

It works because cells have a natural electric charge. The polymers are drawn only to infected areas. Other antimicrobial materials aren’t biodegradable, but these new materials are made of simple organic molecules. That means they can naturally exit the body, in contrast to other medicines that gather in the body and cause side effects. That means it isn’t likely to cause skin irritation or other problems.

The polymers also swell into a gel form that doctors can easily manipulate. Hedrick said they can do so because of a “molecular zipper effect.” That is, the polymers interlock in the same way that zipper teeth do. When you move them around, they simply re-zip into a form that is deadly to bacteria.

The hydrogel has another interesting property. It can attack whole colonies of bacteria, particularly if it is injected directly into the region of an infection. These bacteria collections, known as biofilms, can be like the coatings of film on your teeth, germs on touchscreens, or growths on medical devices. The hydrogel penetrates the film and disrupts it.

“We can kill 100 percent of the bacteria and reduce the likelihood of a recurrence,” Hedrick said.

The hyrdogels are comprised of more than 90 percent water. That makes them ideal for creams, injected gelatins, or coatings for medical equipment.

“They tenaciously bind to water and are broad, potent antimicrobial particles,” Hedrick said.

IBM’s team of chemists worked with bioengineering experts at the Institute of Bioengineering and Nanotechnology in Singapore. The lead collaborator at the Singapore group was Yi-yan Yang.

Challenges remain. Hedrick said it is hard to get the polymers through the blood-brain barrier, so it is more difficult to treat diseases such as Parkinson’s disease. One group has broken off to tackle that research problem.

IBM is in talks with a variety of potential partners to introduce products in the cosmetic, pharmaceutical, and device coatings markets.

“We have a lot of exciting work under way,” Hedrick said. “We are bringing this forward as fast as possible.”

Michael Otto, senior investigator at the federal NIAID Laboratory of Human Bacterial Pathogenesis, is an outside expert on bacterial biofilms. He said:

The significance lies first and foremost in the chemistry, allowing efficient device coating with an antimicrobial, non-toxic gel. However, as an infectious disease specialist/microbiologist, I must say that the categorical problem with antimicrobial coatings is whether they work ‘in vivo.’ Previously, antimicrobial coatings have not shown much effect in vivo. Notably, the authors did not investigate in-vivo effects in animal models, which would be a must to tell whether there is promise for application and prevention of biofilm-associated device infections in humans.

The main problem encountered in an in-vivo setting is that human protein material coats the device; and then it has often been seen that the bacteria don’t have much of a problem growing on it – with antimicrobial coating or not. Also, the authors only show “biofilm dispersion” with one layer of bacteria in their control. Probably only the bacteria next to the coated device are being reached by the antimicrobial activity (given its mechanism), so additional layers may again grown without much of a problem.

Bottom line: without in-vivo investigation, one can’t tell whether this is a major advance for potential treatment/prevention. Frankly, before making such a hype of the finding, this should have been done and one wonders why it hasn’t. Also, when you judge the authors’ press release of how significant the finding is, note that this is company research.

Here’s a video describing the breakthrough below.
[youtube=http://youtu.be/jqJt-whgIUE]