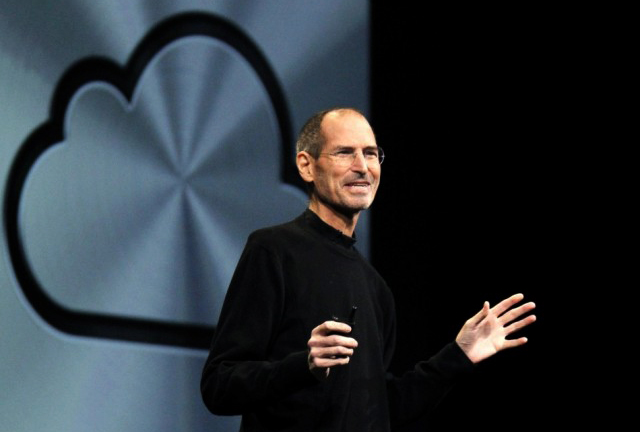 Steve Jobs introduced a lot of important products to the world, including the Macintosh, iPod, iPhone, and iPad. But one of the most important things he ever helped produce may be a product that didn’t even fully launch until after his death.

iCloud, a virtual storage drive for your personal content, is just getting off the ground this month. Along with the iOS 5 operating system, it was the last product Jobs showed off in July, 2011 at the Worldwide Developers Conference.

At the time, Jobs said, “We’re going to demote the PC and the Mac to just be a device. We’re going to move your hub, the center of your digital life, into the cloud.” The iCloud software would act as a storage solution for your media as well as a bridge that connects all your devices for purchased media and personal photos and videos.

iCloud finally went public Oct. 12, a week after Jobs’ death on Oct. 5. While iCloud may have been overshadowed by the iOS 5 release the same day, its impact will be much more substantial over time.

Ever since the introduction of iTunes, Jobs’ intention with Apple has been about presenting a unified ecosystem. Jobs wanted to control the hardware and software experience to make each aspect better and uniquely suited to purpose.

That’s a good business model for Apple, which makes most of its money on selling you hardware. But it also uses its often-great software to keep you happy and to get you to buy more media and apps from the iTunes Store, generating further revenues for the company. If you continued to buy more Apple hardware, you would be rewarded for that with various connections and integration. That idea expressly stood out with its digital hub strategy of having users connect their iPods and iPhones to a single computer running iTunes.

But there were problems with the digital hub strategy. Jobs’s idea was not fully realized because it wasn’t easy to manage your media on local machines, which meant there wasn’t as much incentive to buy into the Apple ecosystem for all your hardware needs. Plus, Apple’s iPods and iPhones continued to depend on a PC connection for syncing.

Apple’s first attempt to solve that problem was MobileMe, the company’s first stab a versatile cloud solution. Apple introduced MobileMe in 2007 as a $99-a-year solution for syncing your e-mail, contacts, documents and calendar across devices, but it was ultimately a failure because it wasn’t reliable.

Jobs got so mad at the MobileMe team that he fired its head and replaced him with Internet content leader Eddy Cue. “Let me just say it wasn’t our finest hour,” Jobs said of MobileMe during iCloud’s on-stage introduction. In private, he was even harsher, berating the MobileMe team and telling them that they “should hate each other for having let each other down.”

Out of the ashes of failure

But out of the ashes of MobileMe came iCloud, which is free, offers more features, and will end up being the application that completes Jobs’ original vision.

iCloud finally solves the syncing problem by cutting the USB cord and giving you the flexibility to download and consume media across any equipped device. When you purchase a song on your iPhone, you can download or listen to that song on your PC running iTunes 10.5, your iPad, a MacBook Air running Lion OSX and more.

Jobs told biographer Walter Isaacson last fall that Apple would revolutionize the media hub and take it from your hard drive into the cloud. Jobs described it as such in his biography:

We need to be the company that manages your relationship with the cloud — streams your music and videos from the cloud, stores your pictures and information, and maybe even your medical data. Apple was the first to have the insight about your computer becoming a digital hub. So we wrote all of these apps—iPhoto, iMovie, iTunes—and tied in our devices, like the iPod and iPhone and iPad, and it’s worked brilliantly. But over the next few years, the hub is going to move from your computer into the cloud. So it’s the same digital hub strategy, but the hub’s in a different place. It means you will always have access to your content and you won’t have to sync.

In the book, Jobs also admitted that Apple considered putting a music application on Google’s Android OS to give more users access to its content and effectively let them participate in iCloud. But instead, he chose to make iCloud’s mobile apparatus only work for PCs, Macs and iOS devices.

Not only does iCloud solve the problem of user-based content storage and accessibility, but it also helps solve the piracy problem for content providers. Filmmakers like Quentin Tarantino and movie studios like Disney have expressed a more open view about content accessibility and want to give buyers the flexibility to watch movies on any device they want. But because of rampant Internet piracy, this concept hasn’t really taken hold. Music companies are a bit more open now that streaming services like Spotify and MOG are beginning to take off, but they’re still concerned about piracy.

The best way to defeat piracy is to make it easier to buy and consume content, rather than downloading a free copy that may not work on several devices. With iCloud you’re encouraged to buy media and let Apple keep a backup copy, ultimately giving you more freedom and more convenience. You don’t have to worry about storing the media long-term and can watch or listen to the purchased media across devices. And with the soon-to-launch iTunes Match component, which runs $25 a year, you’ll be able to access all of your music in your iTunes library on iOS devices legally.

What started as MobileMe has turned into something on the cusp of being revolutionary. Unified cloud storage solutions already exist with services Dropbox and Box.net, but having cloud storage integrated into the operating system itself makes the experience more seamless. Accessing your iTunes tracks or movies you’ve purchased at any time on a PC, Macbook, iPad or iPhone makes digital media more valuable and means you’re more likely to purchase media, instead of pirating it, and you’ll purchase more of it.

Finally, iCloud’s unification of media and content across devices could extend to future Apple products, furthering its usefulness and usability. Jobs told Isaacson that an Apple-made television was something he wanted to create. The television could sync with iCloud, a move that would let users watch all of their Apple-purchased movies and TV, listen to music, use all sorts of apps and more. And who knows what will come after that?

As of now, iCloud is still incomplete and flawed. Without the right OS update or the right settings checked on your Apple device, you can’t use it. Not every device is equipped for it and there are weird errors that pop up occasionally. If you use more than one Apple ID, there is no way to combine the two to grant full accessibility to your media in the cloud. It doesn’t “just work” in the way that Apple likes to claim its products do.

But soon, perhaps even in less than a year, iCloud should have all of the kinks worked out and its capabilities could even be expanded to include more devices and more types of files.

In the end, Jobs wanted to complete his futurist vision of device and content unification and to see all the incredible devices he helped bring to the world work seamlessly together. With iCloud, he may have finally put the last puzzle piece in place. And just in time.