For Wavedash CEO Matt Fairchild and creative director Jason Rice, building a new platform fighter makes more than just business sense: it’s their way of giving back to the games and communities that brought them together.

“I literally owe my entire life — my career, my friends — to this genre. … I owe so much, and I have seen the transformative power that this genre has and its ability to draw in people from across the board and get them into a competitive community and build relationships there,” said Fairchild.

“I have friends all over the world who — growing up as this east-coast, middle-class, white Protestant boy — I would not have made friends with if I had stayed in my little bubble, if gaming hadn’t pulled me out of that and made me more open to new stuff. … But the platform fighting community is where my home was, where my people were at,” Rice added.

The two friends first met more than a decade ago when Rice, who was working at Major League Gaming at the time, hired Fairchild to host Super Smash Bros. tournaments in Texas. Those early experiences were invaluable to them, and now they’re leveraging that expertise for Icons: Combat Arena.

Icons’s gameplay is similar to Super Smash Bros. Players can choose from a number of different characters to fight with, and the goal is to deplete your opponents’ lives by knocking them off the stage. One big difference from Nintendo’s juggernaut series, however, is that Icons will be free-to-play when it comes out on PC (it’s currently in an invite-only closed beta), which will enable it to grow and evolve alongside its players.

It’s the kind of game Wavedash’s founders wish existed 10 years ago. But it wasn’t until a series of industry-wide changes — including the rise of esports, online streaming, and Amazon’s $970 million acquisition of Twitch — that Fairchild and Rice finally decided to make their dream a reality.

They recruited other like-minded developers. The team is a mix of triple-A veterans (some coming from big studios like Riot Games and Blizzard) and talented amateurs from the Super Smash Bros. modding community.

“So when we looked at all of these things converging together, we saw an opportunity to take the things that Riot did with League of Legends, the things that Blizzard did with Hearthstone, and more recently, the things that Bluehole has done with PlayerUnknown’s Battlegrounds — to take a genre that’s supported by passionate players and make it accessible and exciting to watch, and then take it to new audiences,” said Rice.

The developers believe that fighting games haven’t had its “League of Legends moment” yet, where a game breaks through the noise to reach mainstream-levels of awareness and success. And they hope Icons can fill that gap. But Wavedash faces several challenges, not the least of which is how do you create a new platform fighter that’s accessible for casual players, yet
deep enough for hardcore fans? 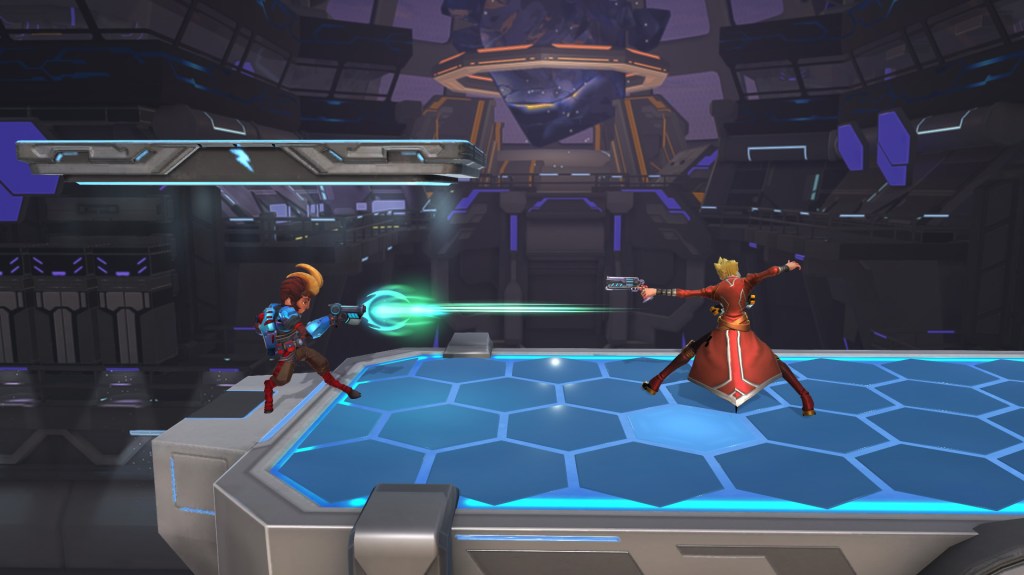 Getting out of Smash’s shadow

One way that the Oakland, California-based studio is wrestling with that question is through Icons’s design philosophy. It involves three main goals: make the game easy to learn, hard to master, and an endlessly watchable experience. With the first part, Wavedash is staying true to the pick-up-and-play nature that made platform fighters so popular in the first place. You don’t need to master complicated move sets to start having fun in Icons.

But if you do want to dive deeper, the company is planning on adding a series of tutorials that’ll help beginners get comfortable with the more nuanced strategies in the game.

Seasoned platform fighting players will also feel at home in Icons’s world. It has familiar character archetypes or roles, like Kidd the Space Goat (the swift “space animal” archetype) and the empress Zhurong (the beefy “sword fighter” archetype). Wavedash cited Super Smash Bros. Melee as an inspiration for the kind of gameplay depth it wants Icons to have: players are still trying to master the GameCube fighter more than 16 years after its release.

The last goal is perhaps the most difficult one to engineer. The developer won’t really know how Icons fares as a spectator sport until it’s out in the wild. However, the team has seen some positive signs, like the time Fairchild took his fiancée, who hadn’t played a platform fighter before, to an Icons tournament. 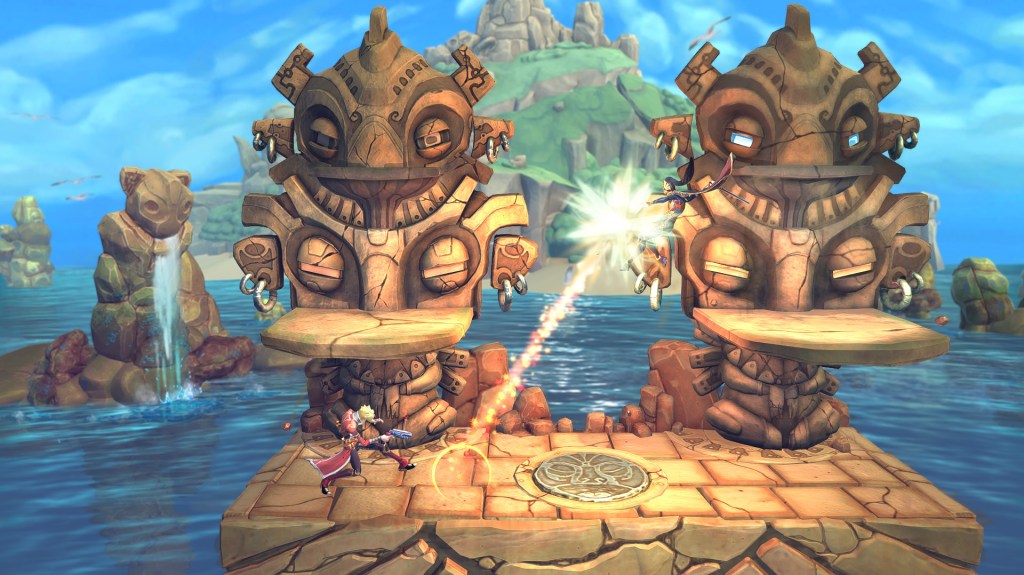 Toward the end of the competition, she grew more excited about the matches, and she even started to pick out players to root for based on their play style.

“Building a game that is inherently watchable makes it not only more fun to play, but it also means that it’s super digestible as content for a platform like Twitch or YouTube. And it makes it something that is ‘esports ready,’” said Rice. “Now, we don’t get to decide if our game is an esport or not in the end. The players will. You can host the tournaments, but they have to show up and support you.”

While similarities do exist between Icons and other platform fighters, the team hopes that a mix of new and familiar features will give the game its own identity. One example of bringing something new to the genre is the elemental duo Afi and Galu. They represent what Rice called a duo archetype, where players can switch between them at any time (the inactive partner stays on the stage as a statue).

Both of them share the same basic moves. But they also have their own special attacks: Afi has fire powers and Galu can manipulate water. From private playtesting sessions, Wavedash found that players quickly grew fond of Afi and Galu, not only because of their strategic potential, but also because of their quirky personalities.

“I’m most proud of the work that Jason and the design team — Adam Oliver and Wes Ruttle — did on taking a familiar idea and making it new, and we’re seeing that in the feedback with people that have gotten to beta test Afi and Galu. They say, ‘This is what I wanted from a duo character. This is familiar and yet it’s also unlike any duo character I’ve ever played,’” said Fairchild.

Enlisting the help of the community

Gathering community feedback so early in the development process has always been a part of the developers’ plans. Those responses help them identify problems they should work on, as well as which aspects of the Icons’ roster need improvement. Wavedash regularly travels to different gaming events and tournaments — like TwitchCon, EVO (the Evolution Championship Series), and CEO (Community Effort Orlando) — to collect even more data by asking players to fill out surveys (some of who compete in fighting games for a living).

“Ultimately, Wavedash is a small team that’s punching above its weight class. And we’ve only been able to do that because we’ve taken this kind of unorthodox approach to game development. But our players have helped us shape who these characters should be and what the game should feel like,” said Rice.

Of course, the studio can’t react to every individual piece of feedback; it still has a vision it wants to maintain. Rice and his colleagues have to carefully sift through comments (whether good or bad) to see if any of them actually helps reinforce the original design goals.

“Something Jason says a lot is we are in this business to create joy. Our job is to get people together playing games, having fun, and to always be that uniquely positive force in their lives. So as long as we’re going towards that and people are invested in the outcome, then we’re in good shape,” said Fairchild.