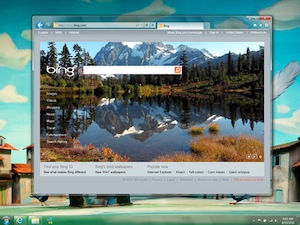 Microsoft’s newest version of its oft-maligned Web browser, Internet Explorer 9, was downloaded about 6 million times in September and has started gaining a good bit of momentum.

To Microsoft’s credit, the tech giant has tried a number of new marketing strategies, like posting a question-and-answer thread with the tech team behind IE9 on social news aggregator site Reddit that had nearly 3,000 comments. Microsoft even purchased advertising for IE9 on Reddit, a community that hasn’t traditionally been friendly to the black sheep of the browser family.

It’s not clear if those efforts to win over tech influencers had any impact on broader adoption. But bad buzz has seemed to hurt past Microsoft browser efforts. IE9 was downloaded more than 2 million times in the first couple of days. In comparison, the beta version of Internet Explorer 8 saw only 1.3 million downloads in five days when it launched in August 2008.

Microsoft is marketing IE9 as bringing out the “beauty of the Web,” suggesting that the IE9 experience was focused on websites, not add-ons and plug-ins. IE9 essentially strips down the Web browsing experience to little more than a window and a search bar. The new browser supports HTML5, the latest version of the HTML standard for Web pages, which is largely seen as a replacement for Adobe’s Flash technology that powers a number of popular video and game websites. IE9 also offers new features like “pinned sites” on the Windows Task Bar that show up as website icons.

IE9 also includes hardware acceleration — meaning it uses a computer’s graphics processor to render parts of a web page — which Google’s Chrome browser and Mozilla’s Firefox browser have yet to include.

Microsoft is also rolling out a new version of its search engine’s home page. The new Bing home page will take advantage of IE9’s HTML5 support to provide moving images as the background for the search engine and give users a reason “to just leave it up instead of moving on to the next site,” said Yusuf Mehdi, senior vice president of online audience business at Microsoft, at the TechCrunch Disrupt conference in San Francisco earlier this week.