Even after one of its bumpiest years in two decades, there’s no denying that Apple is in much better financial shape today than it was at any time during Steve Jobs’ tenure as CEO. The company’s market capitalization is over twice its highest level during the Jobs era, and was fully three times higher until just last month. Moreover, current CEO Tim Cook has proved to be more than just a steady hand, successfully expanding Apple in numerous directions, and making tons of money in the process.

Shortly after becoming CEO, Cook said that one of Jobs’ last pieces of advice was “to never ask what he would do. Just do what’s right.” Cook explained that the words were meant to free Apple from the “trap” that temporarily froze the Walt Disney Company after its visionary founder died. Still, it was obvious that Jobs wanted Apple to keep moving on in his spirit, which meant both thinking independently and sweating details.

One of Jobs’ most legendary characteristics was an extreme form of perfectionism, which biographer Walter Isaacson explained had been deeply implanted by Jobs’ father. “It was important, his father said, to craft the backs of cabinets and fences properly, even though they were hidden,” Isaacson said in Jobs’ biography. As they looked at one of those fences together, Jobs told Isaacson that his father “loved doing things right. He even cared about the look of the parts you couldn’t see.”

There are plenty of examples of how that perfectionism played out during Jobs’ life, including computers manufactured with exacting angles or engraved interiors, iPhone boxes changed because of how the letter “S” looked, and the last-minute extended delay of the white iPhone 4 because of problems with its new coloration. Many other stories, including how Jobs and acolyte Scott Forstall obsessed over the pixels of iOS icons, confirm that Apple cared more deeply about making its products perfect — or as close as it could come at the time — than most customers realized. 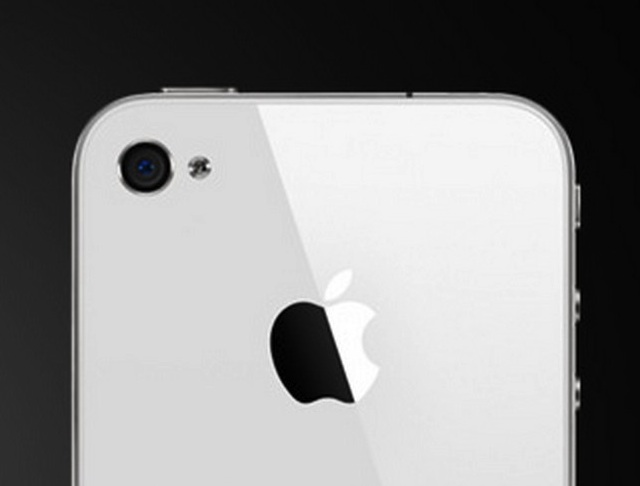 Above: The white iPhone 4 was introduced on stage, only to be postponed days later due to problems with its new paint.

That’s why a report this week from The Verge was so rattling to those of us who have been following Apple for years. Confronted with mounting photographic evidence from customers and journalists, Apple confirmed that some of its latest iPad Pros are arriving bent in the box. When a Verge writer returned his own bent iPad to an Apple Store, the replacement he received was bent, too.

Pause and consider that all for a moment. We’re not talking about the back of a fence, the interior of a cabinet, or the paint inside an iPhone. This is the clearly visible external shape of a manufactured object, not complying with the straight lines depicted in numerous places across Apple’s own website.

But lest you think that Apple actually admitted that there was a problem with one of its products, it didn’t. As our own Emil Protalinski put it, Apple acknowledged the bending, but claimed that bent metal isn’t a defect. Instead, it said that the bend was a result of the manufacturing process, and effectively normal.

At a time when daily news is being filled with “alternate facts” and other attempts to blur “truth” from “lie,” there’s still a sniff test for whether something reeks of falsehood: common sense. Any first-time iPad customer who was given an opportunity to lay a new iPad on a flat surface would question bent metal — and be right to do so. This iPad wasn’t designed or marketed with a curved back.

As hard as this might be to believe, I don’t think what we’re seeing is a DNA-level problem with Apple. The company still obsesses over the form of its products, thanks in part to Jony Ive’s industrial design team, but also others — including Cook and COO Jeff Williams — who demand supply chain excellence. These people and their processes aren’t perfect, but they strive for it. In the years since Jobs’ passing, we have seen Apple devices that bend under stress, but we haven’t seen other devices arriving bent in the box, or Apple brushing that off as the new normal.

My gut feeling is that the issue is largely with how Apple’s communications and legal teams have been taught to defend the company’s brand, most likely dating back to the Jobs era. When customers report a problem, Apple’s standard response has been to portray it as isolated, small, and certainly not worthy of a broad response or recall. By maintaining that Apple did nothing (or almost nothing) wrong, the company’s representatives believe they’re stopping Apple stores and telephone lines from being flooded with requests for replacements.

But that’s not the right approach when there’s something clearly wrong with the way something looks out of the box, or how it works after a short period of regular use. Consider the “butterfly keyboard” saga that affected MacBook laptops. Apple ignored or downplayed stuck key issues across multiple machines, and only acknowledged the problem when it was ready to release something new. By that time, it had to deal with both angry customers and lawsuits.

It shouldn’t take that level of anger or threatened litigation to do something as simple as swapping a bent iPad for one that’s not bent. Despite recently losing $250 million in market value, Apple still isn’t hard up for cash. And no consumer electronics company, let alone a luxury brand, should ever be so stingy that it expects customers to accept bent goods as normal just because the factory gave them a pass.

A handful of bent iPads isn’t a big enough deal to make the list of Apple’s most noteworthy highs and lows for 2018, and I suspect that customers with obviously bent-out-of-box devices will be able to get them swapped at Apple Stores — an issue Apple will then quietly address with both its suppliers and designers. Just like Apple’s past aluminum alloy and internal reinforcement changes for iPhones, the next iPad Pros will likely be stronger than current models, and that’s the way it goes: Products are supposed to get better over time.

But if Apple thinks that normalizing obvious manufacturing problems with its products is the right way to deal with issues, that strikes me as the very opposite of the way Steve Jobs (at least, on a good day) would handle the situation, and moreover, not doing “what’s right.” A customer shouldn’t be asked to accept a brand new product that’s dented. Regardless of whether the problem is small or a manufacturing partner’s fault, it’s time for Apple to admit that something needs to change in the way it responds to issues like this, lest more serious problems — such as more angry customers, lawsuits, and bad press — continue to dog the company in 2019.