The founder of bootstrapped Singapore-based social meetup app Lunch Kaki is willing to put everything on the line to turn his startup idea into a regional player — even if it means driving for Uber to make a few extra bucks.

Uber is popular in Singapore, but then so is Lunch Kaki. With just $85,000 in angel funding to date, the social app launched in November last year and has already clocked close to 3,000 monthly active users.

That’s based on more than 15,000 downloads across iOS and Android, with just one developer, and founder Melvin Tan holding down a full-time job at an ecommerce payments gateway company in Singapore.

Prior to starting Lunch Kaki, Tan was a stock broker and relationship manager at United Overseas Bank (UOB) in Singapore. But after a very brief spell at Credit Suisse, he ended up ditching a more than eight-year banking career to work in the ecommerce payments space, where he remains today.

But turning his baby, Lunch Kaki, into a full-time opportunity remains his real dream. The app continues to do well on both Android and iOS, and he recently rolled out a group lunches feature, whereby six people get the chance to meet up for food and make new friends (Kaki makes it clear that this is not a dating app).

Most of his users are in Singapore, Malaysia (where “kaki” means buddy), and Indonesia, though he’d like to expand into new markets, like Taiwan. Despite its very modest financial backing, to date, the startup has managed to outperform some venture capital-backed players in the region (it’s racked up more downloads than VC-backed Noonwoon, for example). 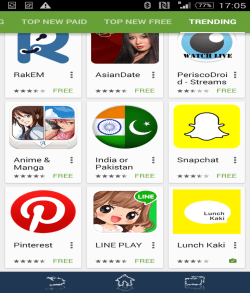 The way Lunch Kaki works is simple: browse users in your area and send the ones you like a lunch request. You can also send them a coffee or cake, though this is more like a “poke,” with cute and addictive on-screen animations (which do great with users in Asia), than a request. Once a lunch request is accepted, the two users move into a chat, from which they can organize a time and location to grab lunch.

Tan said the app is now seeing close to 20,000 lunch requests per month, with about 20 percent of those converting into chats. He said the number of users who make it to an actual meeting is hard to know, because such meetings are still organised within a chat environment. But then dating apps like Tinder work the same way.

Monetization remains a hurdle. So far, Tan has rolled out a premium model for a one-off charge of $6.99 that allows users to double their requests to 20 a day, specify their preferred location, so even if they’re not in a country they can still search and contact users there (Tinder also offers this for premium users), and enjoy unlimited searches (free users only get 10 searches per day).

Local restaurants in Singapore, such as The Soup Spoon, are currently placing adverts on Lunch Kaki in return for 10-20 percent discounts for the app’s users if they choose to order take out. Tan would like to further build out a viable monetization model by exploring bigger opportunities with restaurants and cafes as the app gains more users. He also has some other ideas, but they’re still in the early stages. 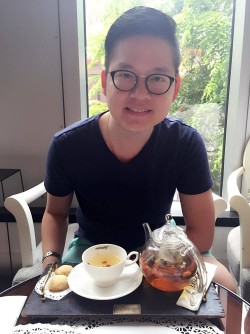 Above: Melvin Tan, founder and COO of Lunch Kaki

In general, though, Lunch Kaki needs to move away from small angel funding and start getting serious about growth and scaling. To do that, it wants to raise up to $350,000 in a venture capital seed round, enabling it to spend more on development, marketing, expansion, hiring, and hey — maybe Tan will even be able to cut himself a paycheck for the first time.

Whether he manages to raise that round before he has to start driving for Uber part-time, who knows. A good founder will do whatever it takes, and I think Tan has serious fire in him that won’t allow him to give up without a fight. If it comes down to it, Uber would also win, because it would be getting a damn cool new driver.

But I don’t see Tan having to take the Uber option. What Lunch Kaki has achieved on a shoestring budget in the 12 months since launch with just a single developer is impressive. I expect the app will continue to do well, and investors could do a lot worse than checking it out.