Illumix has raised $8.6 million to fuel its augmented reality technology and build games based on it.

Kirin Sinha, CEO of Menlo Park, California-based Illumix, said in an interview with GamesBeat that the company has cool technology that could be used as a platform for others, but for now the startup will focus on making its own smartphone-based augmented reality games. Sinha believes the company’s AR tech will distinguish itself because it handles occlusion well, meaning that virtual objects will look more realistic against the backdrop of the real world.

The funding announced on Monday comes from venture capital firms Maveron and Lightspeed Venture Partners. Radar Partners, and Unusual Ventures. 451 Media, which Hollywood blockbuster director Michael Bay cofounded, also invested. I looked at a demo the company has for its AR technology, which is more intelligent and spatially aware when it comes to mixing real world and artificial objects.

“This is the world that I live in all of the time,” Sinha said. “The idea that there could be this other world, with the freedom of digital interspersed into the grounded nature of our world, has always been something I’ve thought about. I’m so thrilled to announce the company. AR gaming really allows us to redefine how we look at our world and our role in it. We can be more powerful and involved as the protagonists in our own stories.”

Sinha said she’s a “huge Harry Potter nerd” and she has always been in the idea of magic being all around us.

“That’s what it’s going to be what it’s like,” she said. “It’s the world that everyone will eventually be able to tap into.” 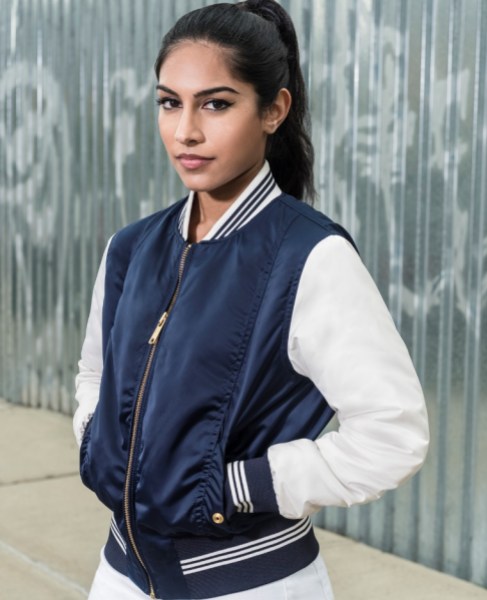 Above: Kirin Sinha is an alum of MIT and Stanford.

The raise will bolster the company’s plan to execute on the full potential of mobile AR through custom technology, with an emphasis on computer vision and gaming expertise.

“I think gaming is one of the most interesting markets out there, with the rate at which it is growing,” Sinha said. “You don’t see the dominant companies like Blizzard or Supercell moving into these new areas. We think we have strong potential to own category-defining mobile AR gameplay.”

According to market researcher Newzoo, mobile gaming will contribute more than half of all revenues, with smartphone and tablet gaming growing 25.5 percent year-on-year, to $70.3 billion. This makes mobile both the largest and fastest growing gaming sector, with AR games a high-growth subsector.

Sinha doesn’t necessarily believe that AR glasses will be adopted en masse anytime soon. Rather, she believes great AR experiences can be built on top of existing smartphones.

“We believe in providing a meaningful and compelling game using the smartphone that millions of people already have in their hands,” Sinha said.

Illumix is developing and publishing top AR games that unleash the full potential of mobile devices. The company integrates across both technology and content to take a targeted approach to game development that puts the user experience front and center. Illumix’s process, pipeline, and infrastructure combine best-in-class AAA gaming practices and performance with cutting-edge R&D in computer vision, deep learning, and mobile AR.

The company will release both an original IP in addition to a licensed game in 2019. These games dynamically adapt to space by leveraging Illumix’s custom AR technology, which understands and interacts with a player’s environment in real-time, at home or anywhere else, without the need for pre-mapping the space.

“In Kirin, we met a brilliant entrepreneur who is passionate about building a world-class gaming studio while redefining what is possible on mobile devices and with augmented reality,” said David Wu, partner at Maveron, in a statement. “With the rapid evolution and adoption of augmented reality technology, we believe that Illumix is perfectly positioned to build the defining consumer brand in creating transformative mixed reality games that integrated into people’s daily lives.”

Sinha said the company will not license out its tools for now. Rather, it will focus on making its own games.

“At Lightspeed, we look for companies that will redefine the way we live and work,” said Nicole Quinn, partner at Lightspeed, in a statement. “Illumix’s team and vision, coupled with its custom technology, has the power to transform AR beyond novelty or companion experiences and define a new category in interactive entertainment.”

Sinha, an alumnus of MIT and Stanford University, founded the company in August 2017. The company has 11 employees and it is hiring.