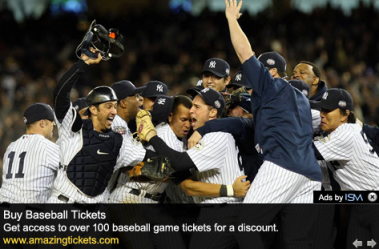 Image Space Media, formerly Picad Media, has raised an additional $1 million from existing investors, according to an SEC filing.

The startup overlays text ads on Web images, similar to those seen on Google’s YouTube and other video-sharing sites. Publishers can integrate a snippet of JavaScript and start monetizing their images, while advertisers can choose from a cost-per-click (CPC) or cost-per-impression (CPM) model to serve their text-based ad. Image Space offers an analytics tool for publishers and ad-creation tools for advertisers.

While the idea of serving ads over images is far from ubiquitous, it’s not entirely new. The most popular player in the space is GumGum. GumGum started in 2006 as a service to help content owners track and monetize their photos, but eventually morphed into what is essentially an ad network for images. It has signed up popular publishers TMZ, Internet Brands, AskMen, and Glam.

Back in January, Image Space Media raised $2.9 million from New Atlantic Ventures, Ridgeline Capital, and Michael Gordon, having launched at the TechCrunch50 conference earlier in the year. Tung has stated the startup is planning to raise a complete Series B round in 2011.