Image sharing community Imgur is launching a new tool that will help people track the images they upload across the web, the company announced today.

The new image analytics dashboard lets uploaders track the path of their images after they blow up on sites like Reddit — sort of like how YouTube tracks incoming traffic to its videos. The dashboard can also help you prove to the world that, yes, you really were the creator of a viral image. It’s sort of a nifty little tool that defies the conventional logic that you can’t track an image once it blows up online. 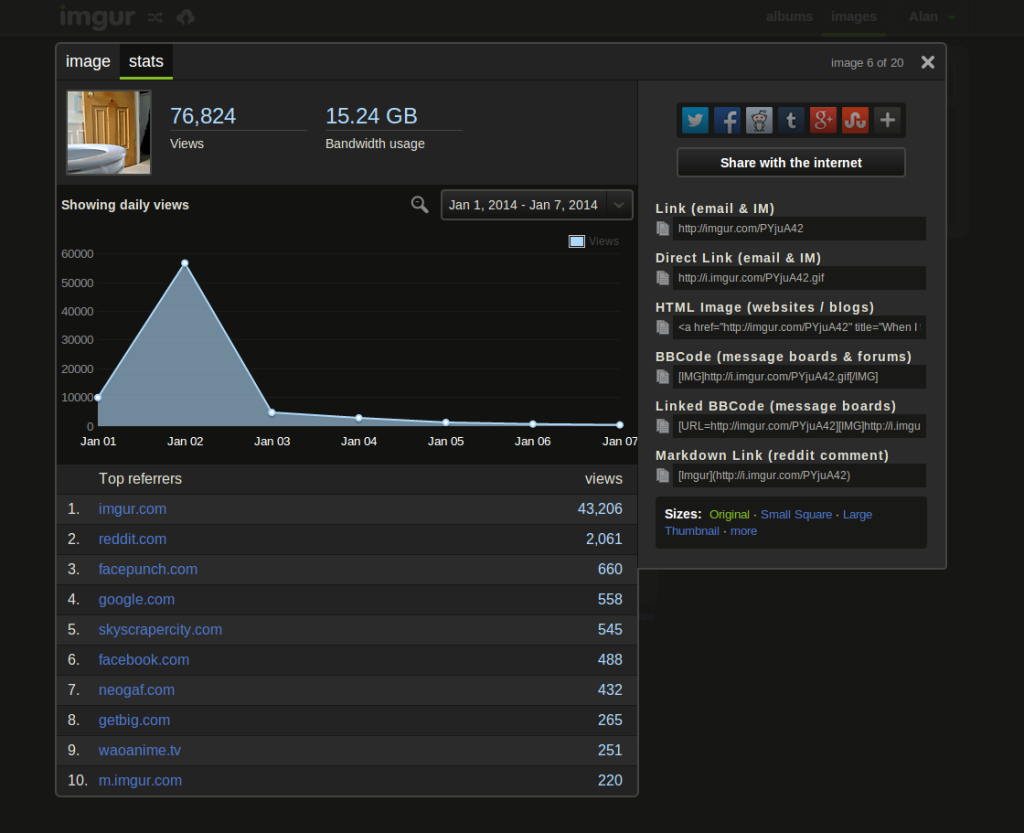 “Getting popular on Reddit is actually just the beginning of an image’s journey,” Imgur founder and CEO Alan Schaaf told VentureBeat. He explained that images often slowly gain a huge chunk of views on sites like Twitter and Facebook long after they first get uploaded, but most people until now haven’t really had a way to track that progress.

But as appealing as tracking your images might be for the average user, the analytics dashboard is part of a bigger strategy for Imgur’s native advertising business. Schaaf said it hopes the new tool will be utilized by major brands and advertisers that are unhappy with the sometimes large and expensive display ad campaigns that aren’t yielding results. For instance, last year’s Superbowl was great for Oreo, which debuted an image making light (no pun intended) of the power getting shut off in the middle of the game. Had Oreo used Imgur to upload that image and share the link across Twitter, it would have had a much clearer idea of the image’s impact across the web.

The analytics tool seems to have far more potential to grow its business and make Imgur a more potent advertising platform, which is a change of pace for the bootstrapped startup. Imgur’s last few feature releases — including the recently launched MemeGen iOS app — have focused nearly entirely on making the service more enjoyable for its users. I’d imagine the analytics tool also makes the startup far more attractive to potential buyers like Yahoo, which is rumored to be in acquisition talks with Imgur, as VentureBeat previously reported.

The new analytics dashboard is available to those with a premium Imgur account starting today.