(Editor’s note: Robert R. Ackerman, Jr. is the founder and managing director of Allegis Capital. He submitted this story to VentureBeat.)

The technology IPO market is clearly on the rebound now – and there are strong odds that it will strengthen. With luck, this will help to begin reversing troublesome trends in the venture capital ecosystem and give more worthy entrepreneurs at shot at securing financing from those companies. This would be a huge benefit to the still-struggling U.S. economy. 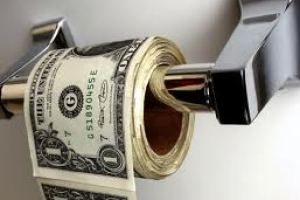 According to Renaissance Capital IPO Home, there have been more than 19 U.S. technology IPOs this year – the most of any sector.  This is in addition to the more than $94 billion in U.S. technology M&A deals, already the highest total since 2000, according to Dealogic. (That’s up from $71B for all of 2010 and $40B in 2009, by the way.)

This is the first extended period since the 2008 financial crisis in which there have been a sizable number of significant technology liquidity events. The latest wave is highly concentrated among select social networking and other relatively high-profile companies, but it may spread to other technology companies and, eventually, perhaps even to more main street firms and brick-and-mortar entrepreneurs.

The long-term goal of venture capital has always been to help bring seasoned startups to the public markets, but the end game has been highly elusive in recent years. As a result, fundraising has been well below investment outflow, sharply undermining the opportunity for a vigorous market. This also makes it much harder for entrepreneurs to attract capital and can gives a handful of marquee venture firms far too much leverage – even over entrepreneurs who can attract funding.

Sometimes, you have to scratch the surface a bit to appreciate this deteriorating picture. In the first quarter, for example, venture capital firms raised $7.1 billion, the best start to fund-raising since 2001. But only three firms – Bessemer Venture Partners, Sequoia Capital and J.P. Morgan’s Digital Growth Fund – raised 58 percent of that money.

A number of venture capital firms appear to be biding time to stay alive by selling shares of their startups in secondary markets like Sharepost and SecondMarket, or at least they are overly relying on this strategy. At some point, this becomes rife with problems. It may, for example, incentivize talented lower-level employees to leave the company so that they can get off the payroll, avert stock sales restrictions and also cash in their stock.

An IPO is a financing event, not a liquidity event, and even startups with the option of going public are not necessarily better off doing so if they have the option to be acquired. Because CEOs and other early investors typically face a lock-up period on their shares, they take the risk that an adverse development can occur before they are allowed to sell their shares.

More significant are the costs and burdens of Sarbannes-Oxley compliance and the rigors of running a company in the public spotlight, which requires a heavy short-term orientation and can be counter-productive, particularly for a smaller public company that still has much work to do to build its market share.

For many startups, however, the option of going public, if available, is the much-preferred route. Successful IPOs tend to maximize returns for stake holders and provide the capital necessary to support prolonged growth. And from a macro perspective, start-ups companies tend to generate 80 percent of their job growth post-IPO – jobs that are desperately needed to support a rebounding U.S. economy.