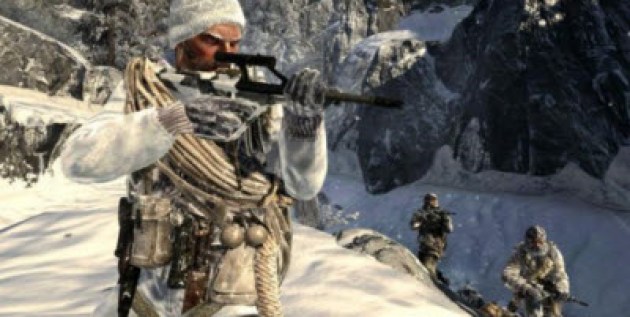 Call of Duty Black Ops is likely to be the biggest video game of the year. Activision Blizzard said so in its earnings call last week. And it got some additional validation Saturday night, as armed robbers made off with more than 100 copies of the highly-anticipated game in a heist at a GameStop Store in Baltimore.

The two robbers had handguns and burst into the GameStop store as it was about to close, according to the Baltimore Sun newspaper. The men stole four full cases of Black Ops, as well as cash and game systems. The latest installment in the Call of Duty series debuts on Tuesday. As we noted in our story on piracy of the game, some gamers are willing to pay hundreds of dollars to get the game early. So these robbers realized that if they could swipe a lot of games before the launch, they could probably sell them off quickly for higher than the $60 retail prices. The games are being transferred under tight security, but clearly armed robbery is a step above the usual thievery that happens around a big game launch.

Mike Hickey, an analyst at Janco Partners, said in a note on Friday that the game could sell more than 18 million units, generating $818 million in revenue. That’s less than Call of Duty Modern Warfare 2 sold last year. Last year’s title sold more than 20 million units and generated more than $1 billion in sales. It will be very interesting to watch this year’s battle for the consumer. Besides Black Ops, other big game launches of the season include World of Warcraft:Cataclysm, Microsoft’s Kinect, Halo:Reach, and PlayStation Move. This line-up of hot titles could be just what the doctor ordered for the console game industry, which has seen sales shrink 8 percent so far this year, according to market researcher NPD.

Of course, in order for Black Ops to sell well, Activision Blizzard has to keep a lid on the piracy. If piracy runs rampant, it could very well hurt the game’s chances to sell as many copies as expected. That’s why this kind of robbery is particularly worrisome for the game companies.

My money is on Black Ops for the biggest game of the season. Based on everything I’ve seen, this game is going to be a stand-out hit, even for a Call of Duty game. One of the prime attractions is its storyline, which focuses on secret soldiers who operate behind enemy lines during the Cold War and use experimental weapons to get their jobs done. You can use ammo such as Dragon’s Breath, or shotgun ammo that explodes into flames on contact. Sounds vicious, alright. But that’s what it takes to outdo whatever has come earlier in this game series. It’s too bad the robbers didn’t have the patience to wait. I’m looking forward to this game, too, but I’m not willing to go to jail for it.