A number of reports have highlighted the Southeast as a good place for high-potential female entrepreneurs, thanks to its proximity to high-quality tech education, talent, support organizations, and mentorship.

What’s less discussed is the other side of the equation: the state of the region’s female investor population.

The two topics are intertwined. One of the biggest challenges faced by female entrepreneurs not just in the Southeast, but across the country, is access to capital.

Nationwide, women make up only 9 percent of partners at venture capital funds over $25 million, and fewer female investors has been shown to result in fewer women-led ventures being funded. A study by The Wharton School describes the VC industry as being ruled by the homophily principle, which basically means that birds of a feather flock together. Male investors most often fund male entrepreneurs.

“Women are underrepresented across all aspects of entrepreneurship — as investors, as incubators and as entrepreneurs themselves. And we know that a vibrant business community must include men and women,” says Kim Seals, a partner at The JumpFund, an early-stage venture fund based in Chattanooga. 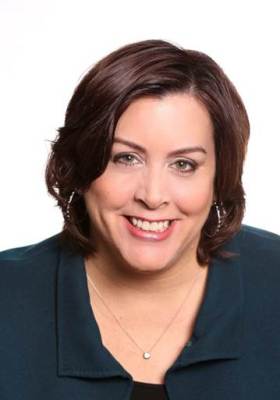 Above: Kim Seals of The Jump Fund

The solution seems obvious: more women investors. But progress is, as CrunchBase’s 2017 Women in Venture report noted, “very mild.” In 18 months, the presence of women partners in the top U.S. venture firms went up by only 1 percent.

The biggest strides thus far have been made not by the top VC firms studied in the CrunchBase report, but by the growing crop of women-only or women-first firms.

All general partners at The JumpFund, which manages two funds with a total of $7.7 million, are female; their LP base is “mostly female.”

“The idea with The JumpFund is to equip women with the same resources, capital and inclusive environment that men enjoy in the investment world,” Seals explains.

Beyond gender, the other criteria The JumpFund espouses is a geographic focus — they specifically fund startups in the Southeast, driving a vision that Seals describes as “to be a part of establishing the Southeast as the nation’s best place for a woman to invest in or start a business.”

What does the Southeast’s investor ecosystem really look like?

It’s hard to find region-specific statistics to determine whether the Southeast is better, worse, or on par with the rest of the country when it comes to the number of women investors. But we do know that capital, in general, is less available in the Southeast than in many other parts of the country, including the Northeast and Midwest.

“There’s just inherently fewer firms and so therefore, there are fewer women at those firms,” says Monique Villa, an investor at Los Angeles-based VC firm Mucker Capital and recent Nashville transplant. Villa also founded and leads Modern Capital, a research and educational organization that supports female founders and investors in the Southeast.

Sam Smith, a Charlotte-based entrepreneur, also identified this in her local market. “[Charlotte] severely lacks female investors which we believe is a big problem, especially for female founders being able to convey exactly what they’re trying to sell,” says Smith. She founded Collective Hustle, a startup and investor coalition, to provide more education and networking opportunities for would-be investors.

And Seals says the dearth of female representation isn’t only in venture capital, but also in the angel investor networks in the Southeast. She helped launch an official Atlanta chapter of Golden Seeds, one of the country’s most active female-focused angel networks, last year.

So, will the numbers begin to shift? These activities are all fairly new and it will take a few years before their effect can be accurately measured. But we can look at the progress made thus far.

The JumpFund doesn’t deploy a huge amount of capital: Its first fund was $2.5 million, and Fund II closed last year at $5.2 million. But they’ve deployed that widely across 23 companies and saw an early success with Partpic, an Atlanta-based visual recognition company that was acquired by Amazon in 2016.

Many other JumpFund portfolio companies have landed follow-on funding and been accepted into accelerators and incubators.

The firm’s influence can be especially seen in their home state of Tennessee. Modern Capital’s report on the Tennessee Female Founder Ecosystem shows that, while Tennessee’s overall number of venture-backed startups with at least one female founder still lags behind national numbers, growth started to pick up in 2015, the year after The JumpFund began deploying its first fund.

Now, Tennessee outpaces national growth. The same report says that half of Tennessee’s total VC partners work at The JumpFund.

How to improve: education, plus collaboration

All the women in these networks say that education is a huge component in improving the numbers. The CrunchBase report indicates that the proportion of women in lower rungs of the VC ladder is increasing, a positive indicator for the future of the industry.

Events are one way to provide an entry for would-be investors into a world that often seems exclusive and shadowy. A recent event held by Collective Hustle in Charlotte included half a day of investor-specific programming and was cohosted by the nonprofit arm of female-focused SoGal Ventures, which funds startups in the U.S. and Asia.

The event was sold out, says Smith, and drew in potential investors with the opportunity to speak with experienced VCs and angels. 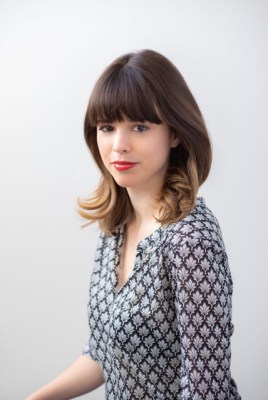 Above: Monique Villa of Modern Capital

Nurturing young talent is another critical element, one that Villa has taken on at Modern Capital. The organization recently began a Venture Fellow program, which recruits students from local schools like Vanderbilt who are interested in a career in venture. The Fellows, currently about a half dozen students, conduct research to learn about the local startup scene and are encouraged to develop relationships with professionals and mentors.

“I feel pretty confident that coming out of this, they would be in a position where they could apply for jobs that appeal to them, whether in the venture industry itself or for a startup,” says Villa.

To bolster all of these efforts, leaders may benefit from improved regional collaboration. Across the Southeast, the startup scene faces many of the same challenges, says Villa, who conducted a tour of several Southeast city hubs upon moving to the region.

“It was a really big surprise how relatively little communication there was between cities in the Southeast,” she says.

A more collaborative approach can provide a replicable framework, and improve the pipeline for investment firms across the spectrum of company stages. This can already be seen at The JumpFund, which has portfolio startups from Tennessee to Georgia, North Carolina, Kentucky, and more.

In fact, the city of Atlanta became an LP of The JumpFund in its second fund in an effort to encourage investment in women-led companies in the city.

“By partnering with the JumpFund through the Atlanta Seed Equity Initiative, we can help narrow this gap and bring new investment to more women-led ventures in the City of Atlanta,” said Eloisa Klementich, CEO of the city’s economic development authority Invest Atlanta, in a statement.

JumpFund’s Seals, who is based in Atlanta herself, is bullish on the region’s potential. She points to statistics that say investors can get more value for their capital in the Southeast.

“One item of obvious importance to us — the Southeast is a great place to invest when looking at return potentials,” she says.