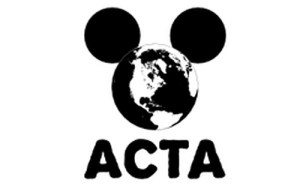 Some big news this morning from the front lines of the debate over how to regulate online piracy. Germany, which had said it would follow along with the rest of the European Union in support of ACTA, (Anti-Counterfeiting Trade Agreement), has decided not sign the treaty, according to an Armenian news website citing government sources.

Much like the response to SOPA in the United States, online activists in Europe have been able to generate vigorous pushback through petitions and blackouts of certain sites. And while the movement against ACTA began on the internet, protests are being held in 60 Germany cities tomorrow.

While 22 out of 27 members of the EU have signed on to ACTA, many are now changing their tack in response to the public outcry. “I signed ACTA out of civic carelessness, because I did not pay enough attention,” said the Slovenian ambassador to Japan, Helena Drnovsek Zorko, who had signed. “Quite simply, I did not clearly connect the agreement I had been instructed to sign with the agreement that, according to my own civic conviction, limits and withholds the freedom of engagement on the largest and most significant network in human history, and thus limits particularly the future of our children.”