With the advent of cloud computing, “data sovereignty” is a term that has come to the fore as nations wrestle to ensure that data derived from entities in their territories remains in their jurisdiction.

As companies increasingly migrate from on-site servers to remote data centers, this has created huge opportunities for the likes of Amazon, Google, and Microsoft to lock customers into their respective clouds. These behemoths are going all-in to launch local data centers, because this reduces latency for data transfers and thus improves their services. But there is another reason why local servers may make sense for the big cloud computing firms — it means they can promise their clients data sovereignty.

Europe’s General Data Protection Regulation (GDPR) came into effect last year, and it has had big ramifications for how companies manage their data — for example, it led Google to shift control of its European data from the U.S. to Ireland to aid with compliance. China, too, now requires all data pertaining to Chinese customers to be hosted in China, while Russia has had data localization laws in place since 2014, leading to grapples with some of the big U.S. tech titans.

And as if GDPR isn’t a headache enough in itself for companies to comply with, political movements such as Brexit mean that businesses are having to go hyper-local with their data residency plans. By way of example, cloud storage giant Box recently launched a new local cloud zone ahead of the U.K.’s anticipated departure from the European Union. “The U.K. zone will help companies to address data sovereignty concerns and provide certainty around their content,” noted Chris Baker, Box’s senior VP and general manager for EMEA, at the time.

In short, data sovereignty, or data localization — or whatever you want to call it — is now a major thing in the worlds of consumer and enterprise technology.

And that is why a new startup is launching out of stealth today with $7 million in seed funding, as it looks to capitalize on shifting regulatory requirements with a “data residency-as-a-service” platform for multinational organizations to store all their data in the country of its origin.

Founded out of San Francisco by Peter Yared, InCountry serves up the global infrastructure for any company to store and retrieve data in its country of origin. To do so, it offers an API that funnels a company’s data to and from InCountry’s local “top tier” data centers, which include a combination from AWS, Microsoft Azure, Google Cloud Platform, and Alibaba Cloud. InCountry offers its data storage service in 50 markets across the Americas, Asia Pacific (APAC), Europe, the Middle East, and Africa — this includes the U.S., Canada, Brazil, Argentina, China, Australia, Japan, the U.K., France, Germany, Spain, South Africa, Egypt, and Nigeria.

Following a period in stealth, InCountry officially launches its first product today, called Profile, which is all about enabling residency compliance around user profile and registration data. However, the company plans to expand its offering to including payments, transactions, and health data by the end of 2019.

It’s worth noting here that InCountry isn’t setting out to replace an application’s own data store — it’s about adding an additional local repository for specific regulated data, enabled by the InCountry software development kit (SDK) which it said can be integrated in less than 10 minutes. Moreover, it synchronizes the data across two data centers for each country, ensuring that there is always a backup available. 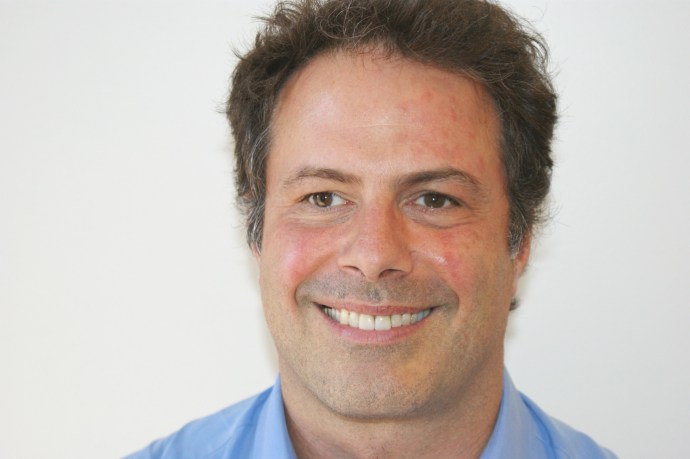 InCountry founder Peter Yared has a notable background in the startup sphere, with several exits to his name. In 1997, his Java tools company J.rad was bought by Netdynamics, which itself was bought by Sun Microsystems the following year. He later founded WaveMaker, which created open source software for non-developers to build Java web apps, and which was bought by VMware in 2011. Yared claims additional exits to Oracle, Sprinklr, and Citrix over the past eight years.

The genesis for InCountry, according to Yared, was from living abroad and observing the casual attitude many of the big U.S. tech companies had toward their users’ data.

“I grew up internationally and lived in Europe part-time for the past five years,” Yared said. “It’s been alarming to see how consumer-facing Silicon Valley companies treat data, and I was able to personally witness reactions to data misuse, breaches, and plain ignorance. I think legislative efforts to reign in cavalier attitudes in Silicon Valley is a step in the right direction. We don’t think this is a zero sum game and truly believe that sovereign rights can be respected while still creating a pro-innovation environment.”

Although companies can individually achieve what it’s offering, InCountry’s proposition will appeal to multinational companies for one core reason: It allows them to focus on growing their businesses internationally without the headache of myriad local data compliance regulations to contend with. Indeed, InCountry says that it works with international law firms, among other experts who ensure that data is hosted, processed, and secured in accordance with local data laws.

InCountry’s inaugural funding of $7 million will be used to grow its team, expand its products, and expand to cover more than 100 countries. While $7 million is reasonably big for a seed round, it’s indicative of both the size of the market that InCountry is entering and Yared’s track record in the enterprise software sphere. The investors include Felicis Ventures, Caffeinated Capital, Ridge Ventures, Bloomberg Beta, CRV, Global Founders Capital, and a host of undisclosed angel investors.

“We’re witnessing more countries signing in data laws each week, and we’re only going to see those numbers increase,” Felicis Ventures managing director Sundeep Peechu said. “We’re excited to be leading the round and reinvesting in Peter as he launches his seventh company. He recognized the problem early on and started working on a solution nearly two years ago that goes beyond regional data centers and patchwork in-house DIY solutions.”