Indiegogo is relaunching its charity crowdfunding platform as a new product, replete with its own domain, and broadening the scope to include nonprofit organizations.

First introduced last December, Indiegogo Life was the company’s attempt to appeal specifically to people’s altruism, and covered medical expenses and other personal causes. As such, there were no platform fees associated with the crowdfunding campaigns (whereas Indiegogo can normally take a 5 percent fee).

Now, the platform is rebranding Indiegogo Life as Generosity, and the new standalone site will be going live later today. This marks a milestone in Indiegogo’s evolution, as it’s the first time it has launched a service outside its main Indiegogo domain. 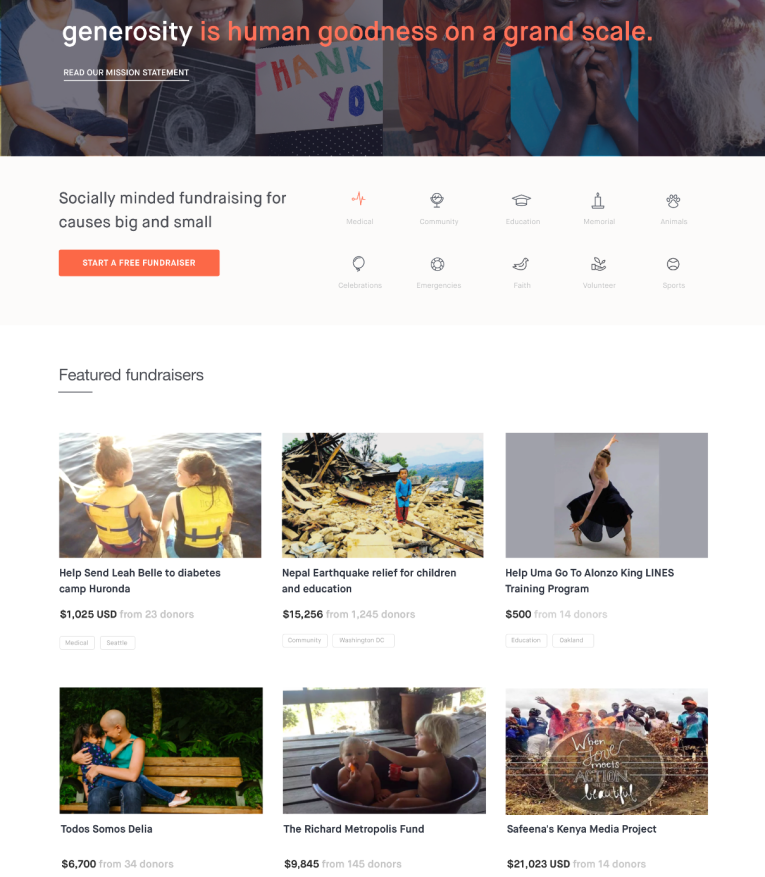 Why the new domain and branding? Well, it seems having the good causes platform alongside the main Indiegogo offering created some confusion, with many users attempting to raise charity funds through the normal channel, rather than through Indiegogo Life, and attracting the usual platform fees. Moreover, the new platform is open to all nonprofits, not just individuals with personal causes.

The all-new platform launches with four nonprofit partners on board:

If you already have an active campaign on Indiegogo Life, you will be “seamlessly” moved over to Generosity.com later today.

Launched in 2008, Indiegogo was one of the early crowdfunding platforms on the Web, though it has arguably been overtaken by Kickstarter in terms of mindshare. By focusing on charitable causes — something Kickstarter doesn’t offer — it can set itself apart from the competition.