InnoGames had humble roots 16 years ago with a hobbyist’s game called Tribal Wars. Two brothers, Eike and Hendrik Klindworth, created a simple browser game with friend Michael Zilmer. It was a browser-based real-time strategy game set in the Middle Ages. It took off, and by 2007, InnoGames was born in Stade, Germany. 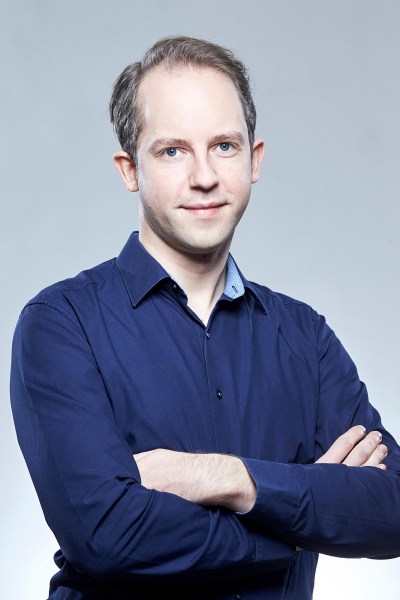 It’s not a famous company on the world’s global stage, but the core fandom of German strategy game players has helped the company build some of the games with the most enviable longevity in the industry. Tribal Wars, for instance, is still running strong after 16 years with more than $100 million in revenues to date.

“When we started, Germany didn’t have a strong games industry. We started as a hobby project already back in the year 2003 with Tribal Wars in Germany,” Henrik Klindworth, CEO of InnoGames, in an interview with GamesBeat. “It was just a hobby. While we were going to the university, it was very successful. And then in 2007, we decided to set up InnoGames as a company and then started to build additional games like Grepolis.” 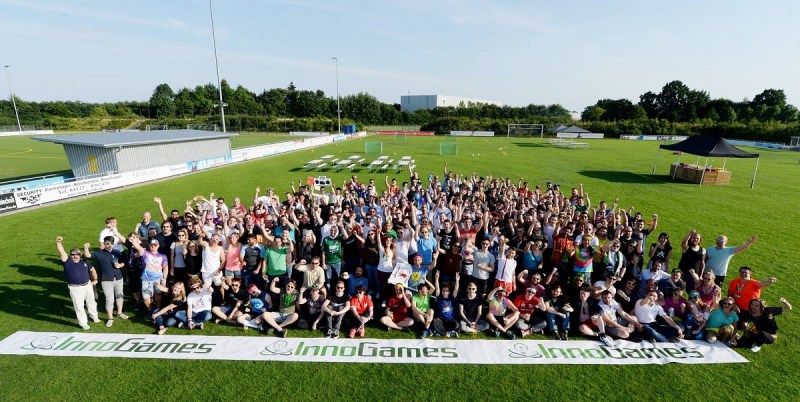 Above: InnoGames has more than 400 people.

The company grew quickly and raised funding from Eight Road Ventures and relocated to Hamburg in 2008. Since 2015, revenues from mobile games grew 56% per year, on average. All told, the company is operating seven major games right now. But the growth took time. Some companies grew fast and hired quickly. They disappeared.

The games are most popular in the U.S., Germany and France. Looking back, Klindworth believes the core strength of the German market helped the company grow fast and big without much competition from strong international players. Eventually, though, InnoGames had to learn  how to compete globally.

InnoGames’ international growth was primarily fueled by the company’s strategic transition to mobile and its ongoing live-operations and content updates. Today, mobile revenues makes up half of InnoGames’ total revenues and they are the main driver for growth. 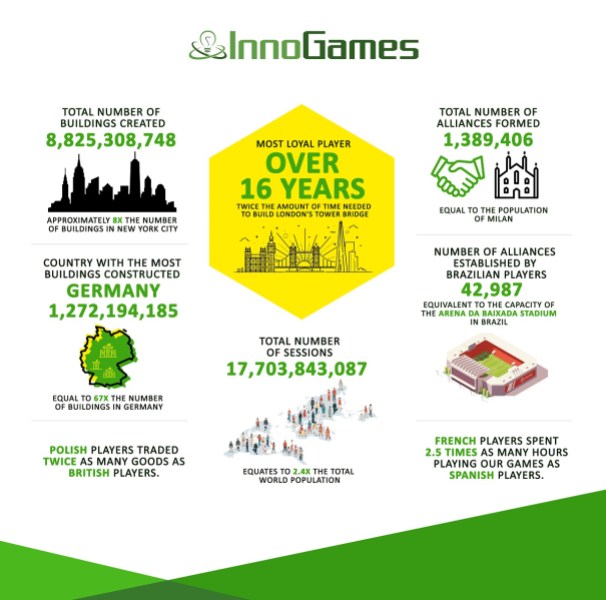 “One of our biggest challenges was to grow up as a browser game company from the beginning and then enter the mobile market, which was a lot of work and was successful in the end,” Klindworth said. “We’ve grown both sides of the business. What we have achieved is to build many titles with longevity. ”

The growth is one of the things that attracted Modern Times Group, the Swedish esports and gaming company that bought majority control of InnoGames in transactions in 2016 and 2017.

While InnoGames performance on browser continues to develop sustainably, the mobile share is expected to increase even further. Since 2015, the majority of player registrations are on mobile platforms.

InnoGames completed the automated conversion from Flash versions of its browser hits to HTML5 to ensure the longevity of the games when Adobe discontinues the support for Flash in 2020. Combined with the mobile apps, players can enjoy the games cross-platform, requiring only one account.

“The lifetime revenue achievement is another proof point for our strategy and our successful transition to mobile. Our cross-platform approach allows us, especially on browser, to capitalize on strong margins. Simultaneously, we are enjoying high growth rates on mobile,” summarizes Klindworth.

As of today, all games in InnoGames’ portfolio have been played around the world for an equivalent of 337,723 years. And InnoGames now has more than 400 employees from 30 nations. Klindworth’s brother Eike is still at the company as creative director.

MTG is evaluating its strategic options as to how to structure the successful games business of MTG. It could be a joint venture or raise additional funding for the games business. So far, InnoGames hasn’t moved into PC or console games.

“I would never say no to the PC platforms, especially if we could find additional players,” Klindworth said. “Mobile is a crowded market. But there’s still a lot of opportunities for games. We provide a lot of content for our players and that is one of our strengths. We want to keep a very close relationship to our players, getting the feedback from the community directly.”

Klindworth believes it’s important to make a sustainable game company, and that the company always stays true to delivering fresh content for its existing players even as it creates new games.

“Game creation is a very creative and complex process,” he said. “It’s not easily scalable. And my observation is that many companies become too aggressive with their growth ambitions. We stayed very efficient on the marketing side. We didn’t build the company too big. And this was helpful for us. We try to keep the organization healthy compared to the level of what we are delivering.”