Americans spoiled by $99 iPhones may not realize there are other phones that, in some ways, are better social tools than Steve Jobs’ touchscreen supergadget. But having handled INQ’s spanking-new Chat 3G and Mini 3G, both of which lucky Brits will probably get for free with a service plan, I’ve raised the bar on the iPhone in my pocket. INQ, the London based handset maker whose slogan is “Social Mobile,” has crafted Facebook and Twitter apps — plus others for other social networks and Web 2.0 services — that sit onboard, always running, and have none of the slow responsiveness of the downloaded Facebook and Twitter apps I use on my iPhone and BlackBerry.

INQ’s clever trick with their first model last year, the INQ1, generated this rave review at TrustedReviews for its hardwired social network apps:

Facebook, Skype, Twitter, YouTube, Bebo, eBay, Last FM, Microsoft Instant Messenger, Gmail, Google Maps are not only available on the handset but they run full time in the background, pre-fetching data and keeping users continuously connected. All run thin clients which can be accessed with or without signal (such as when on the Tube) and any notices written offline automatically sent when reception returns.

Taking this to the next level is a game changing contacts database where the INQ1’s contacts are seamlessly combined with those detected from these services. This means FaceBook, Twitter, Skype, Gmail, Yahoo, WLM contacts and more are merged grouping contacts with the same name or those with similar (ie, ‘Gordon Kelly’ and Gordon K’ would cause a prompt asking whether they should be merged or not). Consequently select any contact and you’ll have the option (where applicable) to either call, text, email, Facebook, IM, Twitter or Skype call (but not eBay) them, even their avatars and statuses are transposed. Brilliant.

The Chat 3G and Mini 3G have an improved version of the same system.

It’s too bad these phones haven’t made their way into America yet. Flipping through the latency-free menus on INQ’s Facebook app surprised me until I realized: Of course a phone should be able to run this app this fast now. We’ve had our standards lowered by the inferior performance of apps that weren’t tuned for speed.

Both phones are buffed up with what feel like ruggedized keyboards compared to the tiny keys on a BlackBerry or Palm handset. An INQ exec described the design as “bloke-proof.” If you’ve got workingman’s hands, the Chat will feel less fragile under your thumbs. And just like a Pre, both models will sync to iTunes to let you play any of your own tunes that don’t have iTunes digital rights protection on them. (Engadget writer Paul Miller argues that this is still “only dipping their toes into the media playback pool, with hardly any onboard storage, empty microSD slots, and the ever-annoying USB-to-3.5mm converter headphone jack situation.”)

But for an addicted Facebook or Twitter junkie, INQ’s instant response, always-on operation, and careful integration of friend networks with its address book are quite possibly a better deal than a more powerful phone that has 100,000 apps. Sometimes, one good app is enough.

Dear Verizon, Sprint, T-Mobile and AT&T: When do we get them? 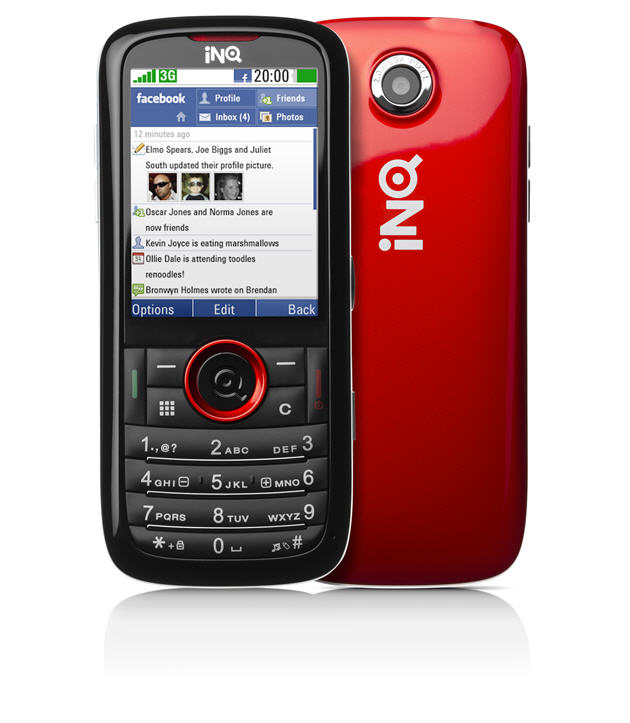 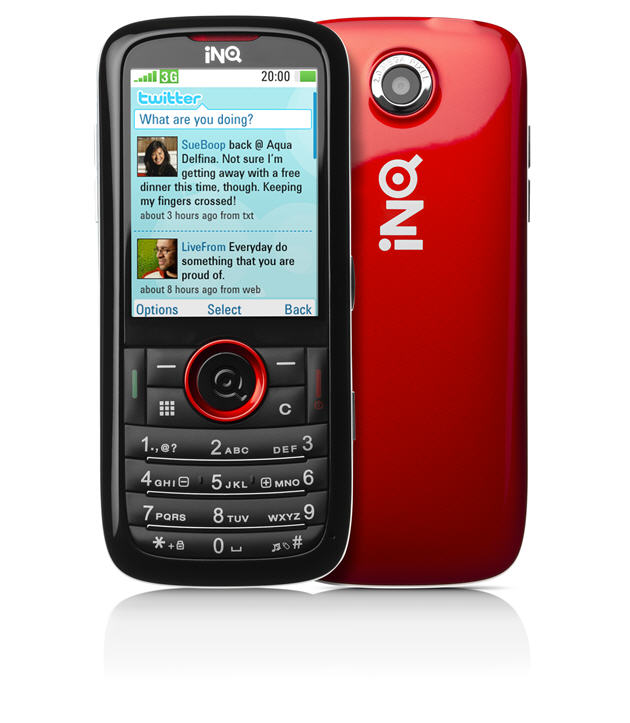