Disclosure: VentureBeat’s airfare and hotel in Paris were paid for by Business France, a government agency that supports and promotes French companies. The trip was part of a weeklong startup tour of the French Tech ecosystem.

Even as France is experiencing a groundswell of entrepreneurship and new startups, not everyone is convinced that “La French Tech” signals a new era for a culture and economy that have been slow to change.

So to make a statement, a French telecom executive is spending $220 million to build an audacious startup campus designed to accelerate and showcase the country’s startup scene.

Above: An architectural rendering of Halle Freyssinet.

The size and scope of this little startup shack is audacious. When construction is done at the end of 2016, it will be 34,000 square meters stretched across three floors to accommodate about 2,600 people.

Last year, Niel hired Roxanne Varza, formerly of Microsoft Ventures and a TechCrunch writer, as director. While on a trip to Paris last week, I meet Varza and her new communications director, Rachel Vanier, for a tour of the Halle Freyssinet construction site.

Varza said she first met Niel several years ago while working for TechCrunch.

“Xavier was just someone who in person is so unassuming,” she said. “I wasn’t expecting him to be so cool.”

The two remained in touch over the years, so she wasn’t surprised when she got an email from Niel saying he wanted to talk about a new project he had undertaken. Niel can be famously informal. And in discussing his ideas about Halle Freyssinet, it took her a while to understand that he was offering her a job running it.

Having accepted, Varza finds herself overseeing a massive construction project, perhaps one of the largest Paris has seen in years. But at the same time, she and her small team are trying to figure out exactly how this massive space will function.

Basically, Niel has launched a rocket ship that is still being built in mid-flight. 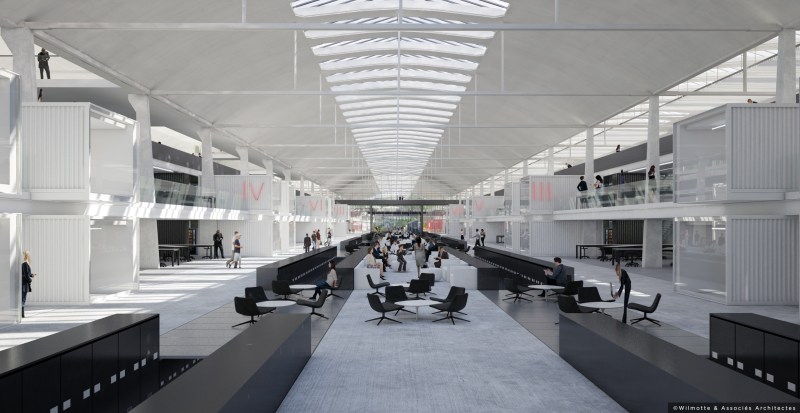 Above: Architectural rendering of the main hall. 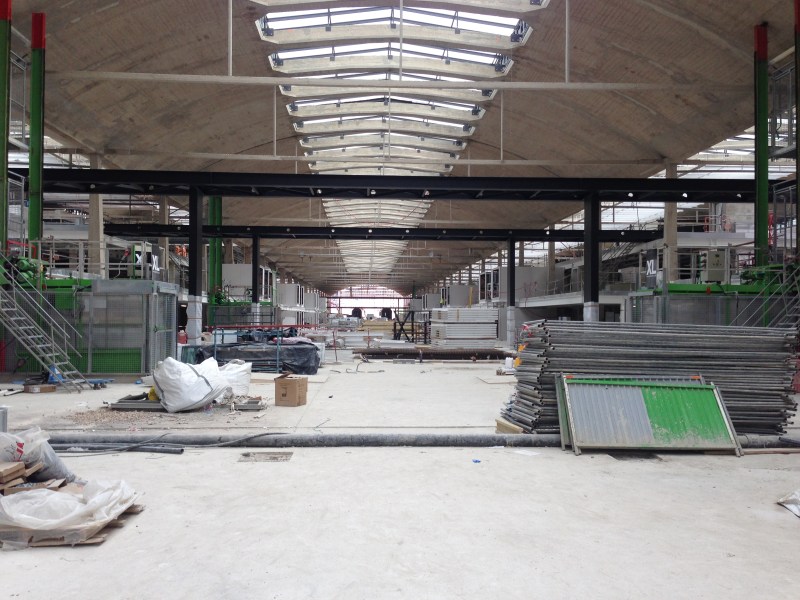 Above: Construction on the main hall of Halle Freyssinet. Photo: VentureBeat/Chris O’Brien

Overall, Halle Freyssinet will have one long open space running through the middle, allowing people to see straight through. The idea is to make it feel more integrated with the surrounding neighborhood, which is also receiving a makeover that includes two large dorms Niel is building separately for people working in Halle Freyssinet.

Inside, the space will be divided into three sections. The first will be focused on technical skill development and include a large Fab Lab, a 370-seat auditorium, and meeting rooms.

The middle section will be exclusively a workspace for startups based there. This area is subdivided into 24 smaller “villages” and has separate, sound proof meeting rooms. Each space is still open and modular, designed to let entrepreneurs move things around as their project develops. 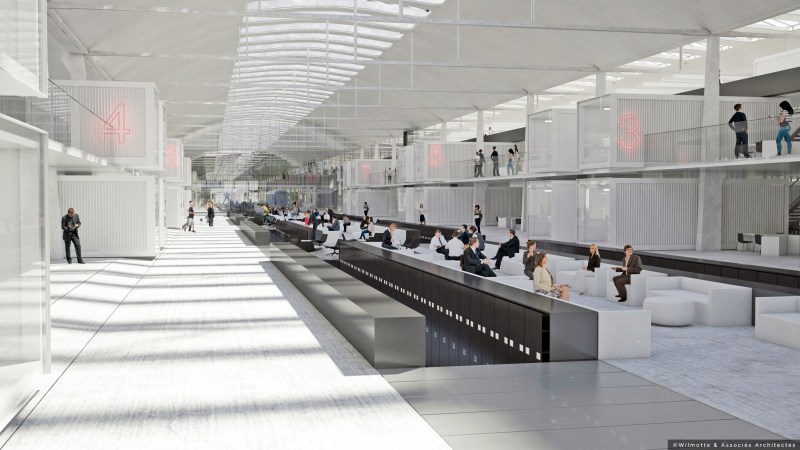 Above: An architectural rendering of the Halle Freyssinet middle section. 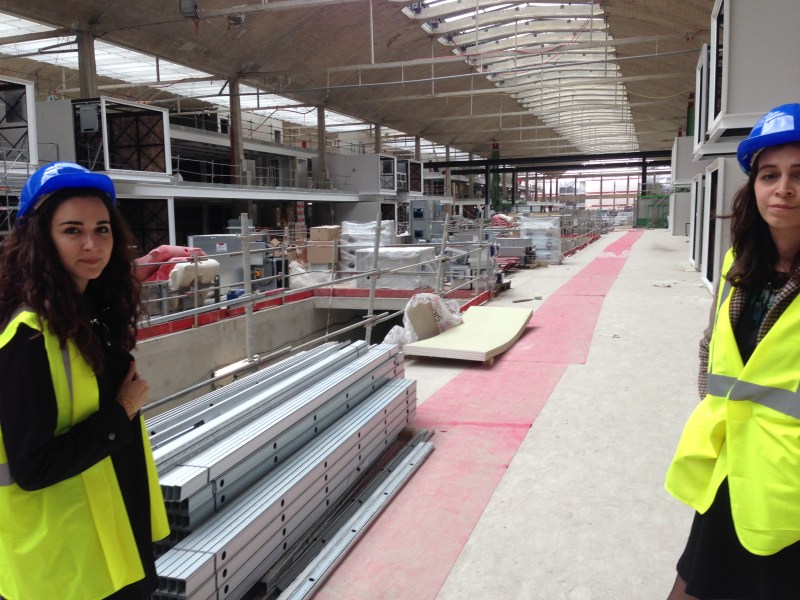 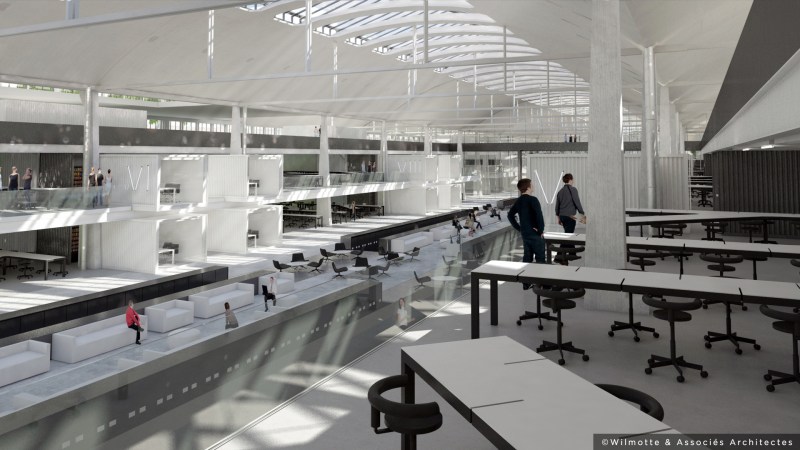 Above: Architectural rendering of the Halle Freyssinet middle section. 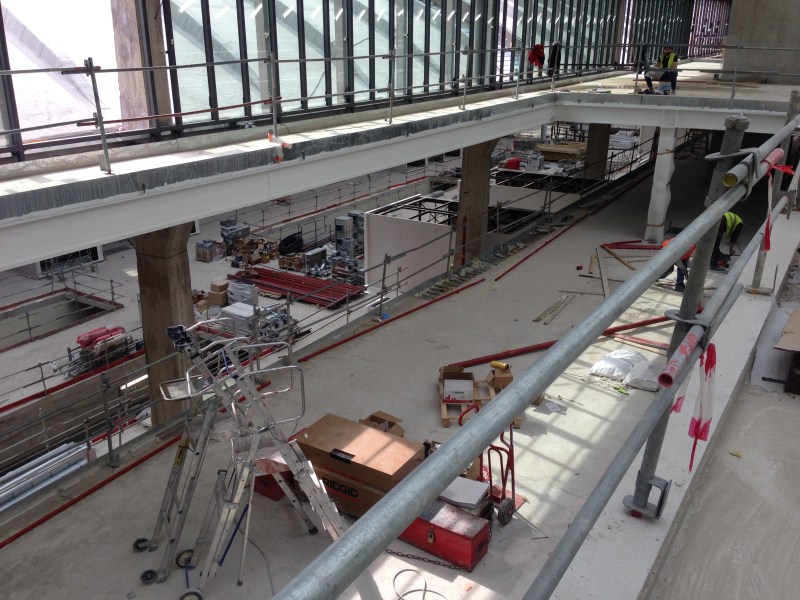 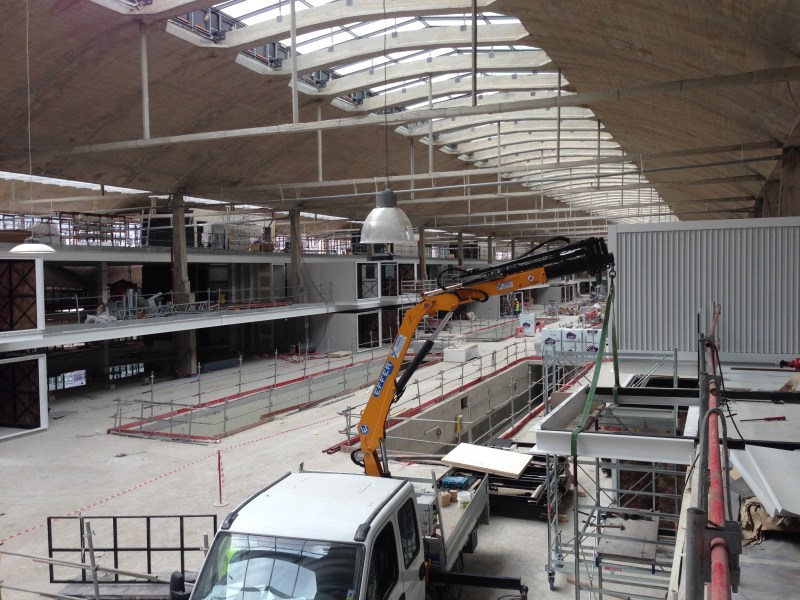 Above: A view down the main corridor of the middle section of Halle Freyssinet. Photo: VentureBeat/Chris O’Brien

The third area will retain a couple of train cars and will include a restaurant and retail area designed to cater to the space’s employees but also to draw the public in. 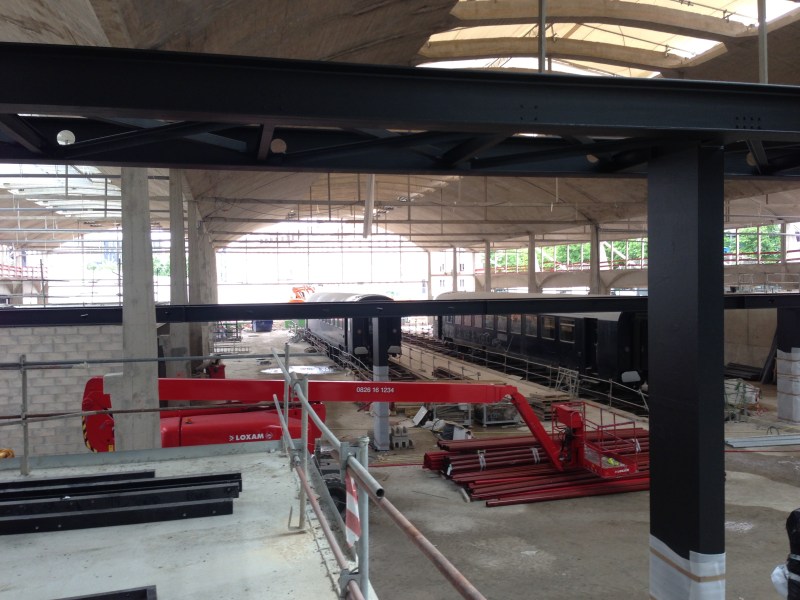 Above: The third, public section of Halle Freyssinet will include some shops and restaurants.

At the moment, Varza is doing everything from helping select the type of carpet for different rooms to nailing down the big picture details of how the space will operate.

While people have often called Halle Freyssinet an “incubator,” Varza said it’s more like a startup campus. She and her team are talking to potential partners who may manage various startup programs with Halle Freyssinet.

Niel isn’t building the space because he plans to select and invest in 1,000 startups, Varza said. Instead, the point of the project really is to create something that acts as a physical hub for the French Tech ecosystem, while showing the world just how far the country’s startup economy has come.

“For Xavier, the idea really came from wanting to make an emblematic project,” Varza said. “It was to push the envelope and think big.”