Insomniac Games is getting more ambitious with its virtual reality games. And Stormland, the fourth VR effort from the maker of the smash hit Marvel’s Spider-Man, is looking better with more polish since the last time I saw it.

Oculus VR showed off Stormland running on the Oculus Rift S last week at the Game Developers Conference 2019, and today it’s releasing a new trailer for the game. I tried a demo back in September, and it felt like a better game this time. But I did feel a bit woozy while playing it.

In the game, you are an android gardener who traveled to an exotic alien planet to help settle it. But when you get there, you find that the malevolent organization called the Tempest followed you. 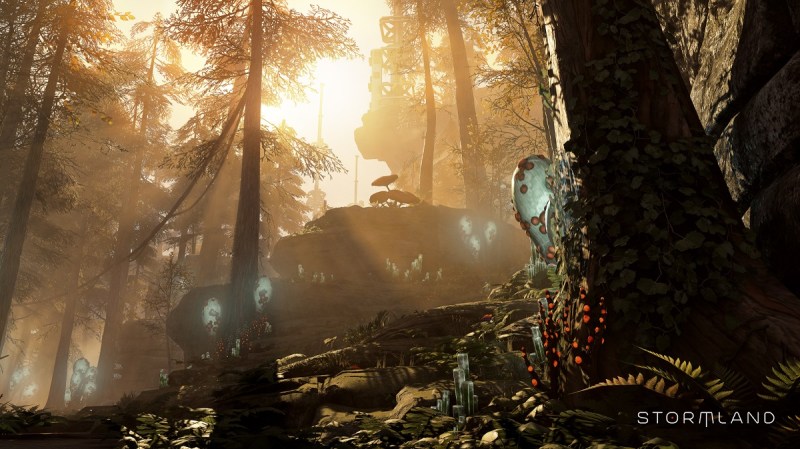 It killed the settlers and broke your body. Decades later, you reboot. Now you must go through a settlement in the clouds and save the remnants from the Tempest, who have inhabited a settlement in the sky, a place dubbed the Stormland. It’s a beautiful place with a lot of different environments.

As the player, you don’t really know much of this at the beginning. You are a broken robot, and you have to drag your ass off the ground and start collecting parts. You restore some of your energy, limbs, and brain power. You have a case of amnesia, but it comes back to you. While you look around, you have visions of life before the attack, and those visions help you better understand what you have to do to put yourself together or get around the place. Those visions serve as a kind of tutorial for you. 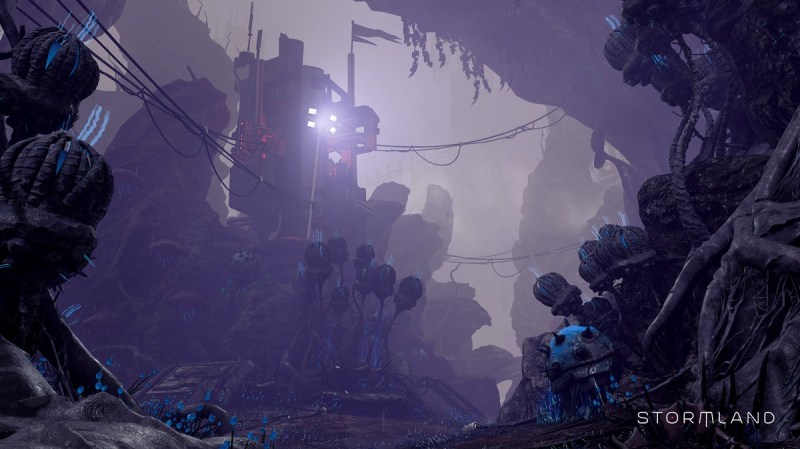 In past Insomniac VR games like The Unspoken, your movement was limited. But with the single-player Stormland, you can basically move around as you wish. You can run, blast rocks to collect resources and climb up structures. As you shimmy up, you move your arms up in the air and make grabbing motions with the Oculus Touch hand controls. As you move, you pull your avatar, or virtual character, up in VR.

You can bound up cliffs, glide across chasms, and fly through a slipstream at a high velocity. There are a bunch of islands in the large open world map, and they are separated by clouds. You can fly over the clouds as fast as you want to go. 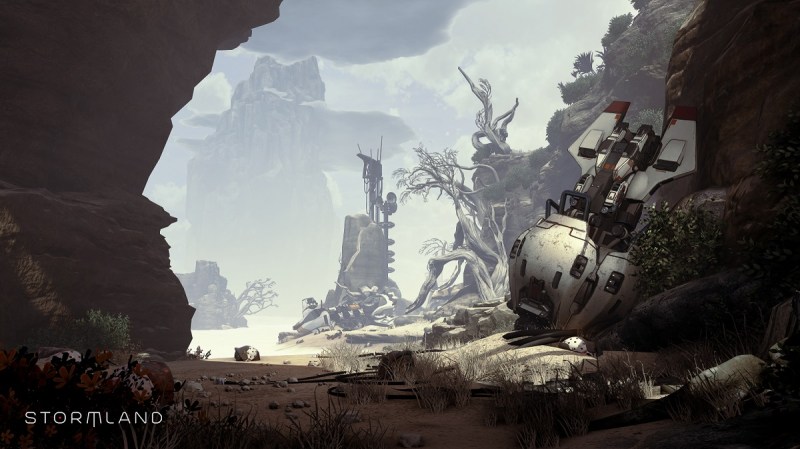 Above: Stormland has a lot of places with wreckage and loot.

Once I patched myself up and learned how to maneuver, I had to go to various places on the map that were lit in some way. I completed missions at those spots and moved on. At one point, I ran into a bunch of Tempest mechs and had to shoot them. It was easy enough, but the flying drones were a bit more annoying and harder to hit. I died a few times trying to take them down.

It was nice to a VR world that was expansive and enabled freedom of movement. After a 15-minute demo, I was a bit sweaty and a little motion sick. I’m not sure if that was because I put a full three hours playing other games as well, but it’s something that I’ll watch for in future demos.