Drones can make the world more efficient and safer, something Intel and Cyberhawk are demonstrating through a case study in which they used drones to inspect a gas terminal in St. Fergus, Scotland.

This is another example of how using drones can extend the reach of humans and simplify tasks that are time-consuming or dangerous. Intel and Cyberhawk used the Intel Falcon 8+ drone to inspect the facility, reducing risks for employees and saving an estimated $1 million to $5 million per day in potential production losses.

Traditional inspections of this scale require facility shutdowns, which could keep the plant offline for days to weeks. Workers have to use harnesses and cables to hang in mid-air while manually collecting data on the structure. 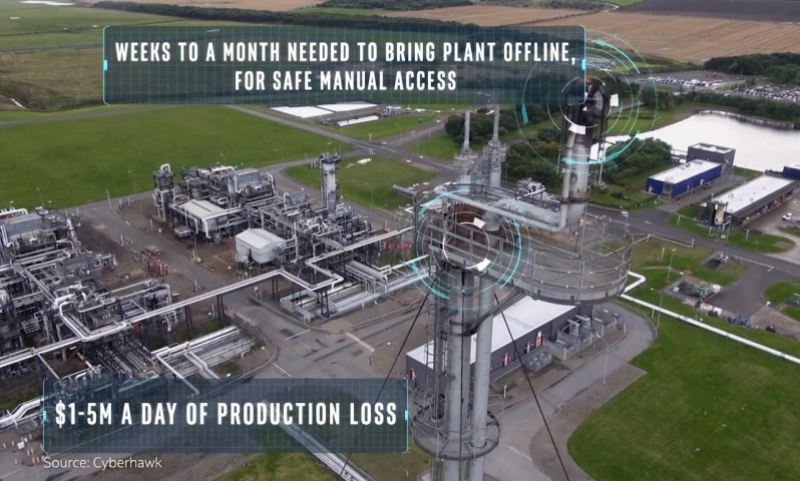 Above: Intel Falcon drone can inspect a facility like this in a day or two.

“In the last 20 years that I’ve worked in the inspection industry, drones are the biggest single change we’ve seen to date,” said Chris Fleming, Cyberhawk CEO, in a statement.

Drones, or unmanned aerial vehicles (UAV), can be used to remotely inspect large and complex facilities while they’re in operation, capturing accurate and precise data to better inform business decisions about asset maintenance.

“Flying in Scotland, the devices have to withstand strong winds,” said Fleming. “The Intel Falcon is perfect for that because it has the highest wind tolerance and the best power-to-weight ratio of any platform on the market.” 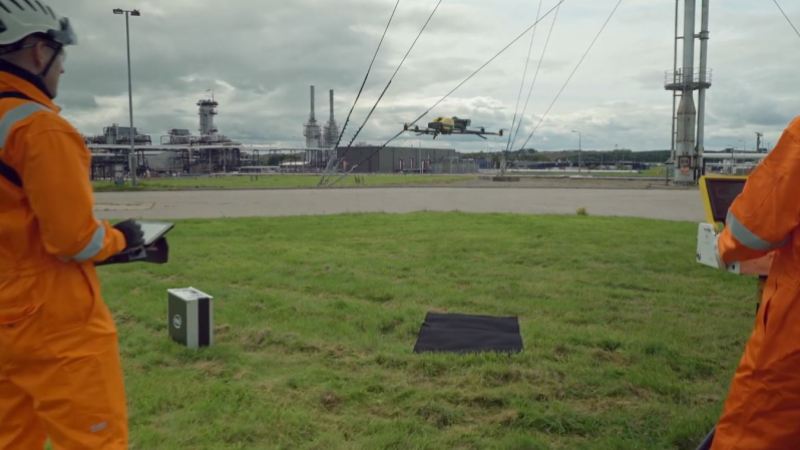 Above: Intel Falcon in action.

The Intel Falcon 8+ drone deployed for this mission captured 1,100 images, which translated to 12GB of data. It did so over the span of a couple of days. Normally, it would have taken three workers about three days to complete the inspection.

“The way we conduct inspections is changing,” said Anil Nanduri, vice president and general manager within Intel’s New Technology Group, in a statement. “Drones make inspection workflows faster, cheaper, and safer. The technology is mature enough to be adopted into the workflows of our customers.”