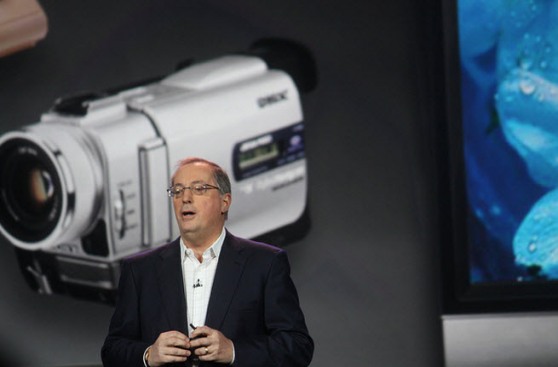 Analysts were expecting a consensus of 45 cents a share in the fourth quarter, down 30 percent from 64 cents a share a year ago. Those analysts expected revenue to fall 0.9 percent year-over-year to $13.76 billion for the quarter, compared to $13.89 billion a year ago. Intel posted earnings per share of 48 cents a share and revenues of $13.5 billion. So the earnings were better while revenues matched expectations.

Intel’s earnings are closely watched as a bellwether for the computer industry’s health as well as the overall tech industry. But like Microsoft, Intel is heavily weighted on chips for PCs, even as market demand shifts to smartphones and tablets. While those latter sectors are growing, PCs are believed to have fallen 5 percent in unit sales in the fourth quarter, according to market research firm Gartner. In after hours trading, Intel’s stock is up slightly 0.18 percent at $22.70 a share.

“The fourth quarter played out largely as expected as we continued to execute through a challenging environment,” said Intel president and chief executive Paul Otellini in a statement. “We made tremendous progress across the business in 2012 as we entered the market for smartphones and tablets, worked with our partners to reinvent the PC, and drove continued innovation and growth in the data center. As we enter 2013, our strong product pipeline has us well positioned to bring a new wave of Intel innovations across the spectrum of computing.”

“This is a good sign that didn’t slide backward in a very challenging market,” said Patrick Moorhead, an analyst at Moor Insights & Strategy. “Enterprise made up for most of the shortfall of PCs. Intel had a good quarter.”

In the first quarter, Intel predicts revenue of $12.7 billion, 58 percent gross margins, and R&D and MG&A spending of $4.6 billion.

Intel is shifting to meet mobile device demand. It has created laptop chips that dissipate as little as 7 watts, and its code-named Haswell processor coming mid-year is expected to be even better at power consumption. At the Consumer Electronics Show in Las Vegas, Intel said it was working with seven major vendors of smartphones who have launched Intel-based smartphones in 25 countries. But the revenue from those deals is a drop in the bucket compared to the revenues Intel gets from the PC chip business.

Having looked at designs in the works, Otellini said, “I’m genuinely excited about the new form factors.”