He said that the company is working “around the clock with our customers and partners” to address the flaws and that he is “acutely aware that we have more to do” beyond issuing software fixes.

In the long-term, Intel is implementing changes in its processors to permanently circumvent the security risks, and those updated processors will start appearing in the market later this year. In the near-term, Intel is delivering more fixes, but Krzanich acknowledged that the situation is highly dynamic and shared that the company is updating its risk factors as a result.

“We are committed to the task, and I am confident we are up to the challenge,” Krzanich said. He added that he had assigned some of the best minds at Intel to deal with the problem. 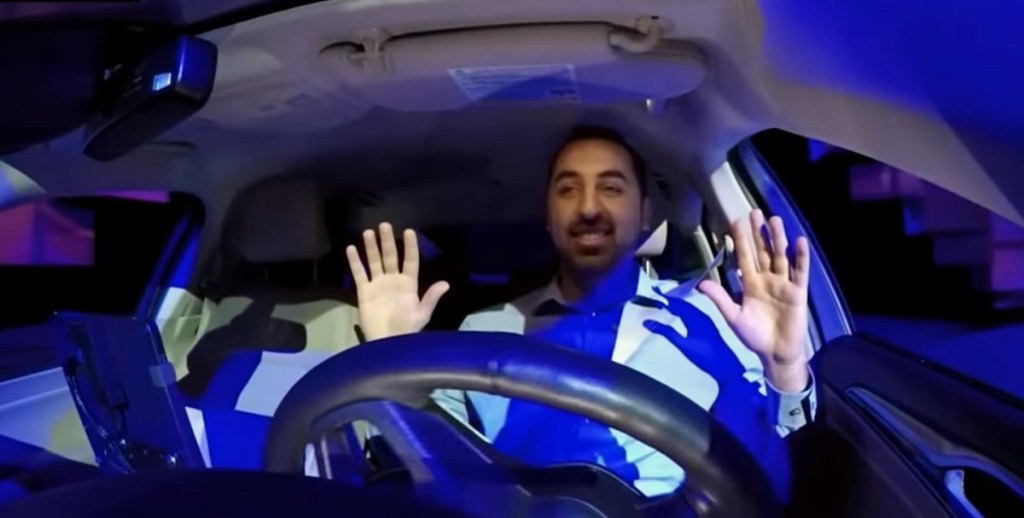 Above: Inside a self-driving car with Mobileye technology.

A year ago, Intel reported earnings of 79 cents on $16.37 billion. The company has been cutting its expenses in order to deal with slower growth as the smartphone has superseded the PC to become consumers’ primary device for communicating and surfing the internet.

Data-centric business was 47 percent of Intel’s Q4 revenue. During the quarter, Intel launched a record volume of Core i7 processors, and it also shipped the eighth-generation Core processor. Krzanich said Intel has 30 design wins for its Mobileye chips for self-driving cars.

He also said that the PC market improved over the course of 2017 and added that while the competitive environment intensified, Intel stepped up and delivered record results for the full year.