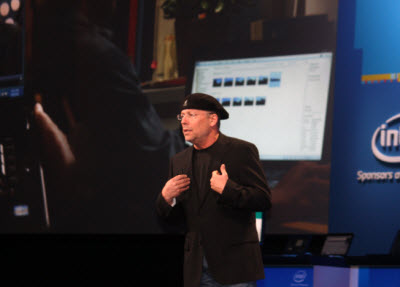 Intel executive Mooly Eden profiled a new kind of PC today while on stage at the Intel Developer Forum in San Francisco. You don’t expect to be wowed by PC advances in this age of smartphones and tablets, but Eden said new PCs — super-thin laptops nicknamed “Ultrabooks” — will combine functions that please both the left brain and the right brain.

“We’re putting the personal back into the PC,” Eden said.

Eden said the left side of our brains wants to be productive, get things done, learn, be in control, and be safe and secure. The right side wants to be creative, to connect and share, to lose oneself in immersive experiences like games. To meet those needs, a computer has to have high performance, allow users to create, be mobile, work safely, allow designs that reflect personalization, work all day, and be affordable. To that end, Intel and its partners designed Ultrabooks.

Eden says the Ultrabook will be the next major adaptation for the PC, which evolved to handle multimedia in 1995 and wireless mobility in 2003. The Ultrabooks, which are shipping this fall, will be super thin and still have great performance on productivity, media and graphics applications.

The design of future PCs is becoming more critical, since users will have other ways to do the same tasks that PCs do, thanks to the proliferation of new kinds of devices. PCs are still selling in the hundreds of millions of units each year, and Eden said that more than 1 million PCs are sold every day. Full told, there are 1.5 billion PCs in the market. 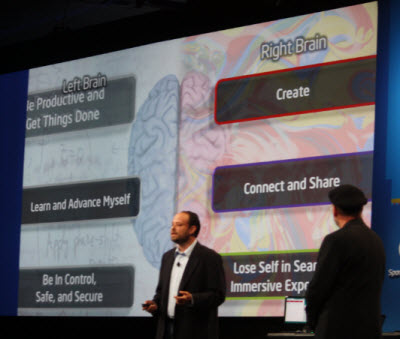 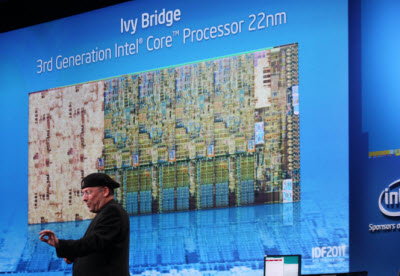 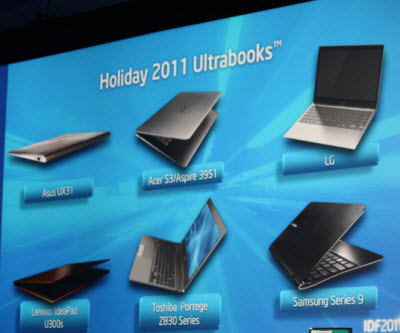 Next year, Intel’s code-named Ivy Bridge chips will ship with much better graphics than its predecessor Sandy Bridge, which combined graphics and microprocessor functions on a single chip and which was Intel’s best-selling chip to date in terms of sales growth to 75 million units. Ivy Bridge has 1.8 billion transistors and is built with Intel’s 22-nanometer manufacturing technology. 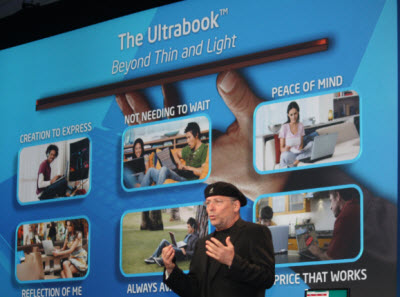 Improved power management technology will allow those PCs to be more responsive in waking up from sleep mode. Windows 8 systems running on Ivy Bridge will be able to wake up from hibernation in less than 5 seconds. Eden said it will be responsive enough to run mainstream PC games such as the latest titles running Microsoft’s DirectX 11 graphics. The Ivy Bridge chip can run 20 high-definition streams at once. Ivy Bridge will ship in the first half of 2012.

In the meantime, Ultrabooks shipping this fall will use Intel’s current Core processors, and they won’t be as expensive as Apple’s high-end MacBook Air laptops.