Intel has launched its Iris Xe Max graphics chip and announced that Acer, Asus, and Dell have signed on as customers. The three laptop makers are debuting thin-and-light laptops with the chip today.

Intel’s first standalone graphics chip uses the same microarchitecture as its Iris Xe graphics, the integrated graphics in its 11th Gen Intel Core mobile processors. But this new graphics chip is more powerful, with 96 execution units, a frequency of 1.35GHz, and built-in encoding capability. The latter is good for the target market of content creators because it helps them process videos faster, marketing director Darren McPhee said in an interview with GamesBeat.

“We’re targeting this solution at mainstream thin light notebooks and specifically the mobile creator,” McPhee said. “It’s going to be a long-term strategic play with this first wave of the product. We’re focusing on how can we enhance the creator capabilities in this space.”

The chip has been under design for a few years, and the new discrete graphic processing unit (GPU) will allow Intel to better compete with standalone graphics chipmakers Nvidia and Advanced Micro Devices. Intel says this is just the beginning of a strategic push into the graphics chip market in 2021. 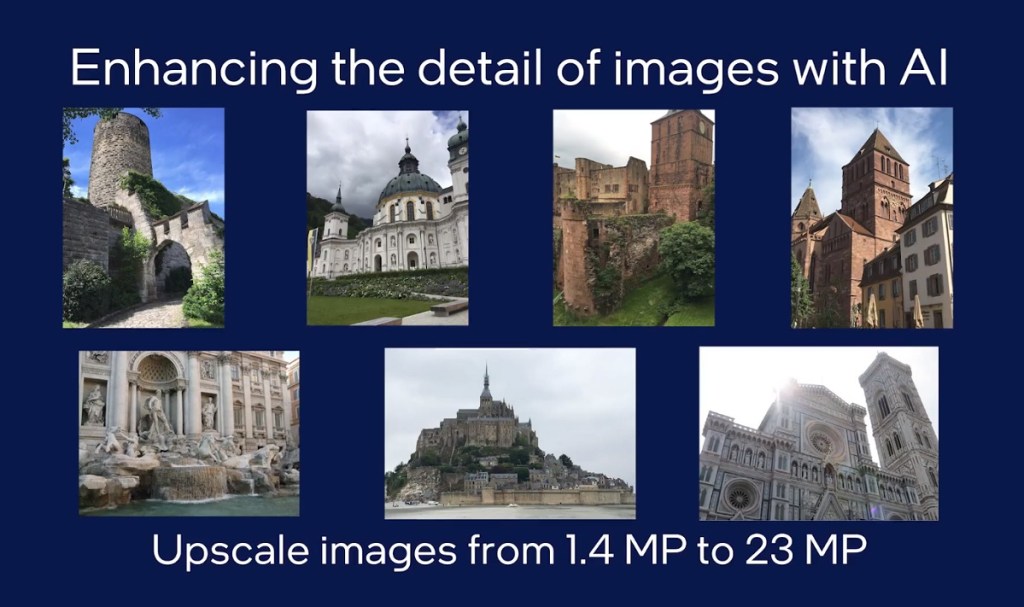 The Iris Xe Max features Intel Deep Link technology, which helps Intel’s central processing units (CPUs) work well with its GPUs, using a common software framework to boost performance for things like video encoding. Intel said its GPU can do Hyper Encode for up to 1.78 times faster encoding than Nvidia’s GeForce RTX 2080 graphics card for desktops. The 2080 consumes more power than Intel’s graphics solution, but the 2080 is now being replaced by Nvidia’s new GeForce RTX 3080 GPUs. Intel said it hasn’t been able to test against the 3080.

As for games, Intel said the Iris Xe Max graphics also deliver 1080p graphics in a wide variety of popular games. Intel claimed its GPUs can outperform games on laptops that use Nvidia MX350 notebook GPUs. Those GPUs consume about the same amount of power as the Intel GPUs, while the 3000 series Nvidia GPUs consume a lot more.

Intel is offering promotions that bundle creator applications and games, starting on November 3. 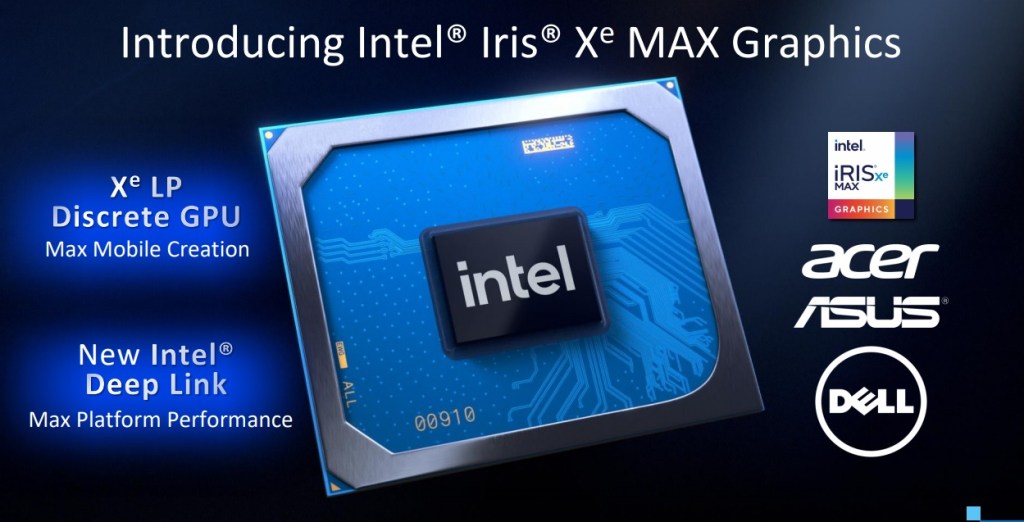 After Intel expands the rollout of the GPUs in early 2021, it will launch its DG2 graphics chips, which are targeted at desktop graphics performance. Intel hasn’t shared performance levels or said when those chips will debut. But it did say it will bring Xe discrete graphics to value desktops in the first half of 2021. Intel believes the Xe graphics architecture will scale from the low-end to high-end graphics markets, spanning everything from gaming to datacenter graphics.

“I’d say they are making solid progress. It’s not going to beat an Nvidia RTX 2060 on game performance, but they have a good solution for thin-and-light productivity notebooks,” Tirias Research analyst Kevin Krewell said in an email to GamesBeat. “It’s a better solution for creative workers that want the discrete GPU. I like the unified software stack with dynamic power-sharing. The Deep Link ability to have both integrated and discrete Iris Xe graphics working together for video and deep learning tasks is a plus. I’d say it’s a decent start, but it’s not for gaming laptops.”