Intel is launching a new family of PC microprocessors code-named Skylake today. The chips represent the world’s biggest chip maker’s hopes for reviving the sagging PC market, just as the Windows 10 operating system represents Microsoft’s aspirations for growth on the software side.

Intel signaled the new chips — now dubbed 6th Gen Intel Core processors — were coming for everything from tablet computers to high-end gaming PCs. Now it is describing how fast the chips are and what they do for overall performance. For instance, the chips can start up a Windows 10 PC up to four times faster than the current PC that most people own. It has double the performance, and triple the battery life compared to past laptops.

Intel said that the new processors and Windows 10 are optimized to work best together, providing better overall experiences, removing computing frustrations, and providing more secure computing. The chips can be used in tiny Intel “compute sticks” all the way up to wide-screen desktops with three monitors.

Chris Walker, vice president and general manager of the notebook products group at Intel, said humbly in an interview with VentureBeat that the chips are the company’s best processors ever. Besides the compute sticks, these chips will be used used in upcoming 2-in-1 tablet-laptop hybrids, gaming desktops, and mobile workstations. The first systems will show up in Asia in September, and mid-October for the U.S. More than 300 laptops are in the works, and more than 500 desktop designs, Walker said.

“This is one of the biggest embraces by the ecosystem of a new Intel platform,” he said.

Intel said there are more than 500 million computers in use that are five years old or more. They are slow to wake up, their batteries don’t last long, and they can’t take advantage of a lot of new software. Compared to five-year-old PCs, Intel said the Skylake graphics are 30 times faster. Laptops using the chips are half as thick and half the weight of the older ones. Laptop batteries can pretty much last all day now. 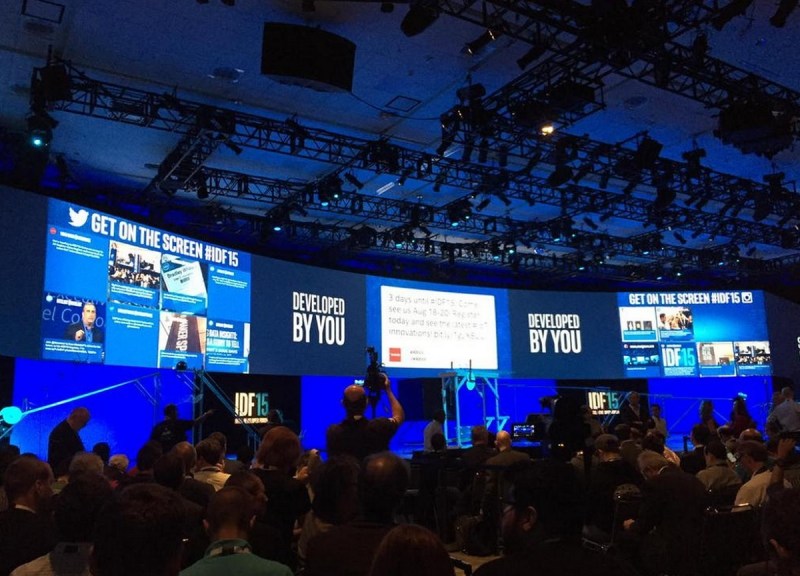 Skylake is built on Intel’s 14-nanometer manufacturing process, meaning that the electrical circuits on the chips are 14 billionths of a meter apart. The Skylake processors are the second to be built with Intel’s 14-nanometer process, and that helps make them much more scalable, Walker said.

“This product will scale from 4.5 watts to 91 watts,” he said. “It can go from fanless tablets to two-chip desktop designs. We can take more performance into more and more mobile devices. And we can give you eight hours of battery life.”

Intel is launching new Core m processors —  Intel Core m3, m5 and m7 — to target tablet-like devices and the Intel Compute Stick. It also is launching a mobile “K” SKU that is unlocked to enable overclocking with even more user control, a new quad-core i5 that offers up to 60 percent improved mobile multitasking, and the Intel Xeon E3 processor family now powering mobile workstations.

“The middle tier of our product roadmap now puts much more control in the user’s hands,” Walker said.

The Intel chips provide platform support for improvements such as 4K imagery and the Thunderbolt 3 for USB Type-C, enabling one compact port. And Intel is also launching its RealSense gesture-and-motion-control 3D camera for gaming and image scanning. That will bring on the era of the 3D selfie, and it will let you log into your computer via face recognition. 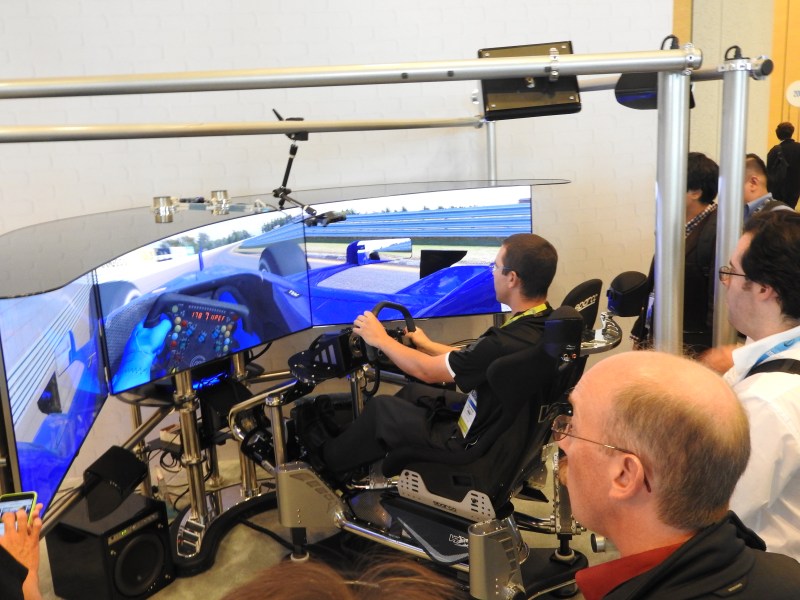 Above: This iRacing machine uses both Intel’s Skylake processor and a RealSense camera.

“I think the degree of success for Intel’s SkyLake will set the direction of the PC industry going forward, so I think this is a big deal for the industry,” said Patrick Moorhead, president and head analyst for Moor Insights & Strategy. “While SkyLake has been architected with an immense range from tablets to workstations, I see the biggest leaps in fanless notebooks at 4.5 watts. I think this category will set the pace for where all notebooks will go. These fanless, convertible notebooks are as thin as a tablet and have as much battery life of a tablet, but the performance to run full PC applications with full multitasking.”

Moorhead said he believes that gaming notebooks will also be in hot demand, particularly as players will now be able to overclock, or run their laptops at faster than factory-specified speeds.

“SkyLake also helps solve some of the most nagging issues consumers have with PCs, securely eliminating older-style passwords and reducing wires with power, USB, and Thunderbolt over one tiny USB-C cable,” he said.

Charles King, analyst at IT research firm Pund-IT, said in an email, “Skylake offerings deliver significantly better performance in key areas, including lower power usage and enhanced graphics. Those are both critical issues in computer gaming, mobile workstations and other graphics-intensive markets that new Skylake-based systems will initially target. But Intel noted that Skylake is also the most power-scalable processor it has ever created with SKUs ranging from 4.5W to 45W. That means the new chips will benefit solutions ranging from stick PCs to mini PCs to tablets, convertibles, laptops, desktops and all-in-ones.” 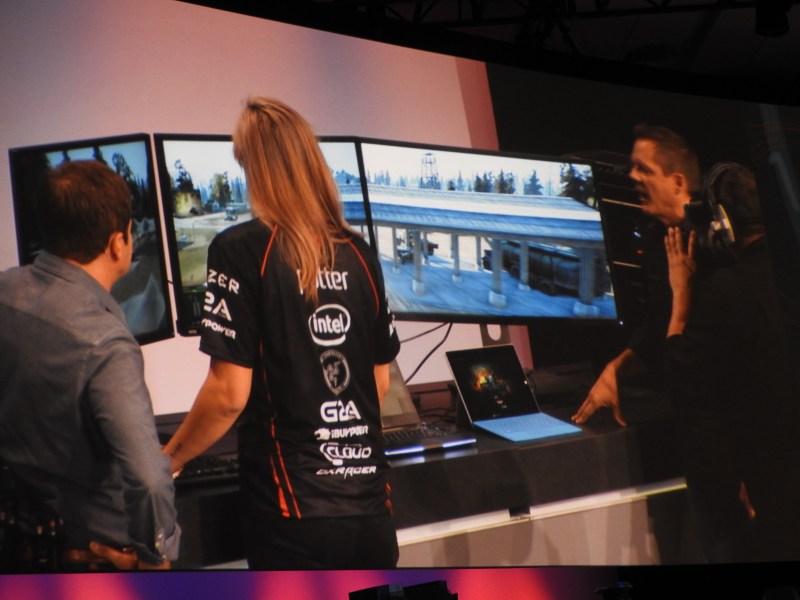