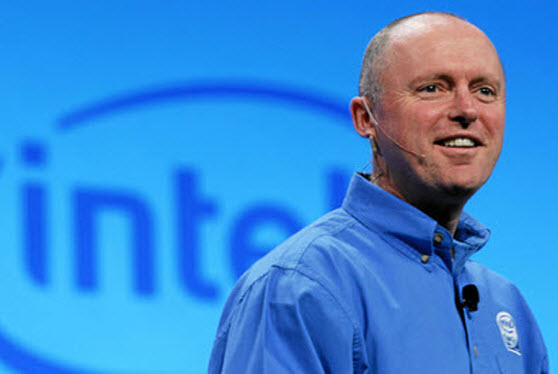 Maloney will retire in January from his positions as Intel executive vice president and chairman of Intel China. Maloney suffered a debilitating stroke in 2010 and was on a leave of absence for several months.

I first met Maloney in the 1990s when I was interviewing then-CEO Andy Grove, the hard-charging executive who motto was “Only the Paranoid Survive.” Grove was showing me a demo, and when it didn’t work, he shouted, “Sean!” Maloney came hobbling out on crutches to help Grove. At the time, Maloney was Grove’s “technical assistant,” a position that up-and-coming young Intel employees used as a way to learn the ropes from top executives and then springboard into executive jobs. Intel software chief Renee James was also one of Grove’s technical assistants.

Prior to leading operations in China, Maloney was promoted in 2009 to executive vice president and general manager for the company’s Intel Architecture Group, the biggest division. Maloney was considered a successor to Otellini. He had a strong sales and marketing background and spent many years traveling through Asia. After Maloney’s stroke, eyes turned to Dadi Perlmutter, who is currently executive vice president and general manager of Intel’s Architecture Group, as Otellini’s likely successor.

Maloney’s recovery process included speech therapy. He gave the keynote address at last year’s Computex trade show. However, after an intense work and travel schedule over the past 30 years, he has decided to retire.

“Through those years I’ve had the honor of working with some of the most brilliant minds in the world, from Andy Grove to Paul Otellini, and on the most cutting-edge technology,” Maloney said in a statement issued by Intel.