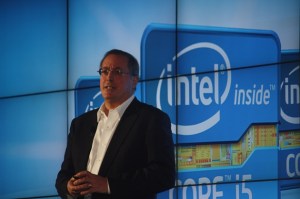 Increases in microchip sales for notebook PCs and data servers contributed to Intel’s sixth consecutive quarter of record-breaking revenues and a double-digit increase in net income, the company reported in its third quarter 2011 earnings report today.

Revenue from Intel’s low-powered Atom CPU and associated chipsets — found in many low-power netbooks and some tablets — continued its downward trend. Third quarter 2011 revenue for the Atom was $269 million, down 32 percent compared to a year ago.