At the Los Altos home of Intel cofounder Robert Noyce, company executives, architects, and fellows revealed their plans to expand Intel’s processors and other chips into new markets.

During “Architecture Day” on Tuesday, the team said it anticipates the next decade will see more changes in computing architecture than we’ve seen in the past 50 years. Intel believes this will create new addressable market opportunities worth more than $300 billion by 2022.

Part of the point of the event was to show how Intel got its groove back. I must admit, I found the array of activity and the depth of the presentations to be impressive. It was a reminder of the potential of a company that generated $63 billion in revenues last year and anticipates $71.2 billion this year. 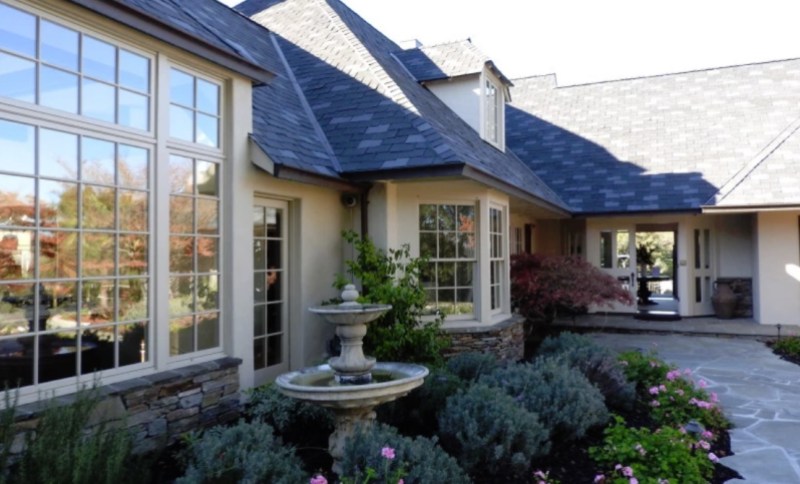 Intel is focusing on next-generation chip architectures — the foundations for many families of chips — that will handle data-intensive workloads for PCs and other smart consumer devices, high-speed networks, ubiquitous artificial intelligence (AI), specialized cloud datacenters, and autonomous vehicles.

The company can’t do everything, and executives were candid about the need to focus on getting Intel to innovate again, rather than eking out 5-percent-per-year performance improvements.

“We have starved you for information for three years, and now we have food,” said Raja Koduri, chief architect and senior vice president at Intel, as he opened talks in the room where Intel’s first board meetings took place in the 1960s. 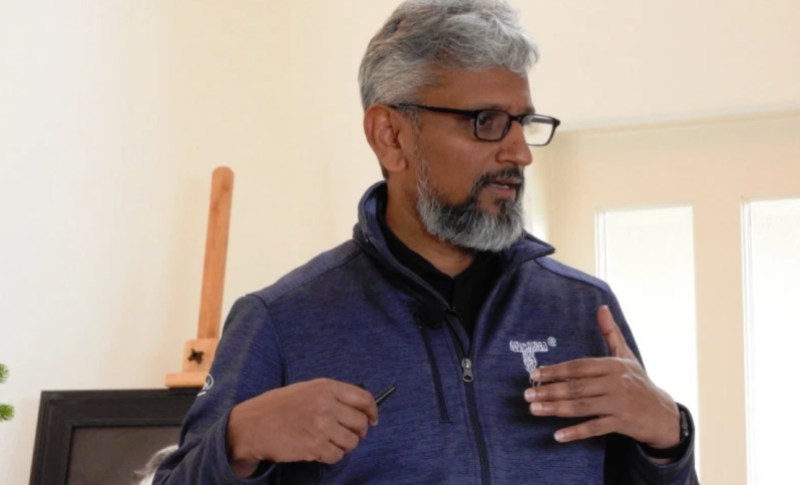 Above: Raja Koduri is chief architect and senior vice president at Intel.

As Koduri exited AMD and thought about what to do next, he realized he wanted to go to a place that was ambitious, open to transformation, and capable of operating at the largest scale. Intel fit the bill, in part because it needed to change.

Intel is eager to show it has recovered from a bad manufacturing misstep that caused it to fall off the regular cadence of manufacturing improvements. And so on Tuesday the company demoed a range of chips that were made with its new 10 nanometer (where the width between circuits is only 10 billionths of a meter wide) manufacturing process.

With the slowing of Moore’s Law (the famous prediction in 1965 made by Intel chairman emeritus Gordon Moore that the number of transistors on a chip will double every year), the design and architecture of processors will have to dramatically improve if the coming years are to bring the same pace of technological improvement as we’ve seen in the past 50 years. Intel’s recent slip has made people wonder if Moore’s Law, limited by laws of physics for very small devices, is coming to an end.

“We do not want to let that happen ever again,” Koduri said in a small press group Q&A. “When something bad happens, the whole pipeline clogs. We are working on it. It’s a challenge, and something we are focused on.” The challenge has to do with ensuring proper coordination between manufacturing and design and making adjustments when one of these falls off schedule.

A confluence of such issues slowed Intel’s growth and may have contributed to the board’s decision to part ways with former CEO Brian Krzanich in June. Bob Swan, former chief financial officer, has been acting CEO since then, with no permanent CEO named yet. And Intel is in a tough competitive spot when it comes to dealing with rivals like AMD, Nvidia, Apple, Samsung, TSMC, and Qualcomm. The ghost of Bob Noyce, which you could say seemed pretty real in his former home, would not be happy with this Intel.

At stake is leadership in the $450 billion semiconductor industry, and the pole position in defining the future of computing. Koduri and crew plan to design their way out of this problem.

“People are saying Moore’s Law is dead,” Koduri said. “We call this the Architecture Era. We are going to architect our way around the slopes in this era.”

A team with outside perspectives 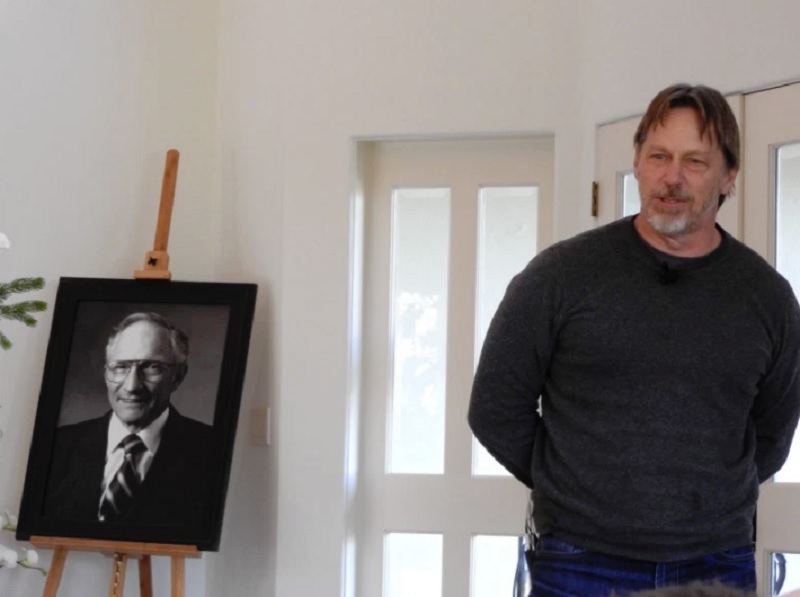 Above: Jim Keller is a rock star among chip architects. He is a senior vice president at Intel.

Koduri, the former graphics chief at rival Advanced Micro Devices, and Venkata “Murthy” Renduchintala, group president at Intel and the highest-ranking executive at the event, both acknowledged the competitive pressure on the company.

But Intel has been willing to bring in outsiders to help guide its tens of thousands of chip designers. Renduchintala joined Intel in 2015 after leaving one of the top executive posts at rival Qualcomm. Koduri left AMD after a sabbatical in 2017, and he joined Intel as its chief architect in November 2017. Jim Keller, another chip design legend and architect of AMD’s comeback with the Zen processors, joined Intel in April after leaving Tesla.

This new set of voices helped challenge Intel’s internally grown thinking about computer architectures, said Renduchintala. Rather than upset the apple cart or remake everything, these outside views are helping challenge and test the design team’s assumptions about where to go, he said.

“I came from the outside. Are we losing leadership on our key pillars?,” Koduri asked. “What are the essential ingredients we need for our aspiration? What are the key pillars Intel should be great at? What are the areas where Intel cannot afford to be behind? There needs to be a baseline. We started mapping it out.”

Koduri said the team looked at its capabilities in each specific area, and it ranked them with colors red (behind rivals), yellow (parity), or green (leadership). Keller said that in six months he has been able to better understand all of the things Intel’s tens of thousands of engineers do. He said he prefers to think of himself as an “execution architect,” or someone who is a “friend of the transistor” and makes things happen on a daily basis, rather than focusing on a long quest. He also wants to make “engineering more fun by lowering the friction” that gets in the way.

“Intel’s mission is not to do 5 percent better every year,” Keller said. “Our mission says we are building stuff that changes the world in unknowable ways. Engineers love that stuff, and they work for love.”

Intel’s answer includes a renewed focus on the entire system. It plans to concentrate its engineering resources on driving innovation in advanced manufacturing processes and packaging, new architectures to speed up specialized tasks like AI and graphics, super-fast memory, interconnects, embedded security features, and common software to unify and simplify programming for developers across Intel’s compute roadmap. Talk on Tuesday centered around those architectural efforts.

“We will see more changes in architecture in the next 10 years than we saw in the last 50,” Koduri declared. “What if petaflops of compute power and petabytes of data are a few single-digit milliseconds away from every person on the planet?”

Above: Foveros can sandwich two chips in the 3D space where only one fit before.

To demonstrate its progress, Intel showed off a new 3D packaging technology called Foveros, which for the first time brings the benefits of 3D stacking to enable logic-on-logic integration. It’s a way to put a couple of chips together vertically in a package and shorten the distance electrical signals have to travel, thereby improving efficiency and power consumption for the whole system.

Intel said Foveros paves the way for devices and systems combining high-performance, high-density, and low-power silicon process technologies. Foveros is expected to extend die stacking beyond traditional passive interposers and stacked memory to high-performance logic — such as CPU, graphics, and AI processors — for the first time.

“We will leverage Foveros across the entire product line,” Koduri said.