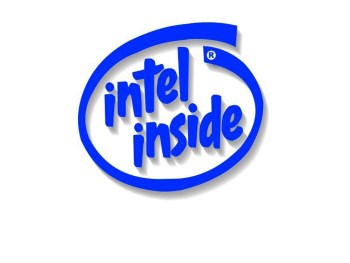 In a sign that Intel’s regulatory troubles are just beginning, the European Commission slapped Intel with a record antitrust fine of $1.45 billion today for allegedly abusing its monopoly power in competition with Advanced Micro Devices .

This likely means that AMD could prevail in a private antitrust suit in the EU, where AMD could recover damages from Intel. But it’s not clear if it will bolster AMD’s chances elsewhere, since antitrust enforcement differs from country to country.

So far, Korea fined Intel $25.4 million and Japan ordered Intel to stop certain sales practices. AMD filed a private antitrust case in 2005 in the U.S., with a trial scheduled for the spring of 2010. So far U.S. regulators haven’t acted, but the Federal Trade Commission and the New York Attorney General are investigating. It will be interesting to see if the Obama administration will take a different approach to antitrust enforcement.

AMD chief executive Dirk Meyer said in a statement the ruling was an important step in establishing a truly competitive market.

The EU said, "Intel has harmed millions of European consumers by deliberately acting to keep competitors out of the market for computer chips for many years. Such a serious and sustained violation of the EU’s antitrust rules cannot be tolerated.”

It also said “there is evidence that Intel had sought to conceal the conditions associated with its payments.”

Intel has said in the past — including our interview with retiring chairman Craig Barrett — that the EU is out to protect competitors, but not consumers, and it has failed to show how any of its practices hurt consumers.

Paul Otellini, CEO of Intel, said in a conference call this morning that Intel had not seen the actual 500-page document yet and had received only a three-page summary so far . The fine is to be paid within 90 days in the form of a bond. The allegations came down to conditional rebates related to exclusive dealings, a large share of a customer’s volumes, and exclusivity on retail shelves. He said Intel strongly denies the practices and says prices are volume based.

"The more you buy, the less you pay," he said. "It’s hard to see how consumers were harmed when prices were lowered by a factor of 100 during the course of this case" which has lasted nine years.

He said evidence was ignored or disregarded. During the appeals process he said Intel intended to abide by the decision. Otellini said there were a number of documents from computer makers that refute what was claimed. He noted that only AMD complained and none of the customers complained.

Otellini said AMD itself is healthy and that most customers buy chips from both suppliers today. It’s worth noting that AMD gained market share in the first quarter . Otellini said he didn’t understand why the fine was so high in the EU. He noted that in Japan, Intel agreed to stop doing practices which it said it wasn’t doing anyway. After three years of audits there, he said there have been no fines.

Otellini said that Intel has 6 billion euros invested in Europe, mostly in a factory in Ireland, but he expected no change in that. He said that Intel’s customers are bigger than it is and have "extraordinary buying power" and that it’s absurd to think that Intel can bully them.

In response to Otellini’s comments, AMD executive Patrick Moorhead said, "A lot of companies in the last six months have had consequences when they think they are too big to fail. This is a nine year investigation that was very thorough. We hope this shines a spotlight on the activities in the U.S. Just because you rob a house in a different neighborhood doesn’t mean you aren’t a criminal."

As for volume discounts, Moorhead said the EU didn’t say they were bad — it only talked about exclusionary practices.