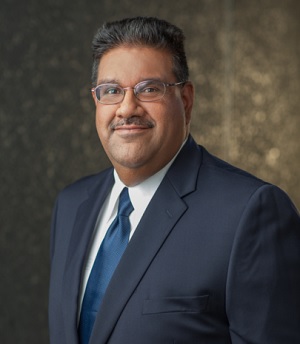 Above: Venkata “Murthy” Renduchintala of Intel.

Intel said today that Renduchintala will run the newly created Client and Internet of Things Businesses and Systems Architecture Group, and he has also been appointed as an officer of Intel.

“Intel’s strategy and direction is solid, and we continue to evolve our organizational structure to better position the company for growth,” said Brian Krzanich, Intel CEO, in a statement. “The caliber of leadership and experience Murthy brings to our executive team represents a significant move toward delivering the benefits of our strategy even faster than before.”

Renduchintala, 50, has a blend of technical, operations, business, and customer relationship skills, as well as extensive expertise from his long career in the system-on-chip (SoC), mobile, and IoT areas.

Under Renduchintala, Intel said it will align product design, engineering, and business direction to tighten Intel’s strategy and speed execution across the communications, device, and Internet of Things segments.

“The largest semiconductor company in the world, Intel is a technology and business icon for which I have deep respect, and I am honored to join its ranks,” said Renduchintala, in a statement. “Bringing together the formidable talent into this new organization will enable Intel to accelerate progress in segments already at significant scale and with continued strong prospects for growth.”

“Murthy is a highly respected, highly experienced technology executive and I do think he will make an impact at Intel. I have met with him many times and he has my respect,” said Patrick Moorhead, analyst at Moor Insights & Strategy, in an email. “As I always say about senior tech executives moving companies, one person doesn’t make the singular difference in success or failure. It takes organizations to make the difference. Murthy will have a lot of resources to work with and a much improved Intel on the modem side.”

In a statement, a Qualcomm spokesperson said, “A few months ago we made the decision to move away from a co-president leadership structure for QCT. Cristiano Amon was the clear choice as president of the chipset business. We made the decision to enhance the operation of QCT by having a single decision maker who has an exceptional track record of executing and has the confidence of the team and our customers. We are confident in Cristiano’s leadership as we capitalize on the opportunities ahead. Murthy was offered another role within Qualcomm, but he chose to leave the company instead.”