Intel is releasing 28 new processors this month in its effort to keep the PC relevant and moving down the path of Moore’s Law, or doubling computer power every couple of years. The company is releasing its fifth-generation Core processors today at the 2015 International CES, the big tech trade show in Las Vegas. 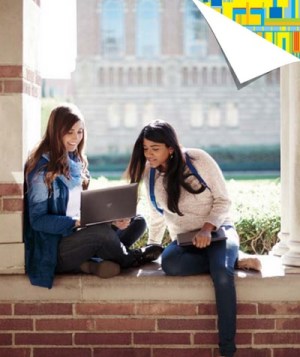 Above: Intel aims to transform computing with its newest chips.

The world’s biggest chip maker has been signaling for months that the 14-nanometer processors, code-named Broadwell, would be released in early 2015. Today’s announcement shows it is on schedule, and there are tons of computers being released based on the new chips. The result will be that consumers will get smaller, thinner, faster, and more power-efficient laptops and computing devices for the same amount of money.

The new Core processors use a 14-nanometer manufacturing process, compared to the previous generation of 22-nanometer chips. That means there is only 14 billionths of a meter between each circuit — a measure of just how fine-grained chip manufacturing has become on the atomic scale. Those circuits are smaller and use less power, and Intel can jam more of them on a single chip. So the 14-nanometer chips will be smaller, cheaper, and faster per square inch of silicon.

Kirk Skaugen, head of Intel’s PC Client business, said at a press dinner that the company is on track to produce Broadwell chips, and that transition to these new mobile processors will be the fastest in Intel’s history.

And with better battery life, computer makers will have more leeway to design different kinds of machines to suit different lifestyles and work styles. Intel says the chips will be the brains of traditional laptops, touch-enabled systems, 2-in-1 machines that work as either tablets or laptops, thin ultrabooks, mini desktops, and all-in-one desktops. Those machines will come with features such as the gesture-driven Intel RealSense 3D camera, Intel WiDi (for hooking a computer to a TV), a Siri-like Voice Assistant for dictation and search, and other more natural computing experiences.

“With Intel’s 5th Gen Core, they are improving graphics and video transcoding performance, along with adding some real manufacturing improvements with 14 nm, but I’m most excited about the platform enhancements,” said Patrick Moorhead, analyst at Moor Insights & Strategy. “The combination of Intel RealSense, WiDi, gigabit-level wireless docking, and biometric passwords could really create some market excitement and end user value.”

Intel compared one particular Broadwell-based chip, the Intel Core i7 5600U processor with Intel HD Graphics 5500, to a fourth-generation Intel Core i7-4600U with Intel HD Graphics 4400. The new chip has 1.3 billion transistors (basic on-off switches), or 35 percent more than the 960 million transistors in the older chip, but the new chip is 37 percent smaller at 82 square millimeters, compared to the older one at 131 square millimeters. The new chip has 22 percent faster 3D graphics, 50 percent better video conversion, 4 percent better productivity software performance, and more than 1.5 hours longer battery life.

Intel has better high-end mobile and desktop chips based on the 14-nanometer process coming at mid-year.