Intellivision Entertainment‘s Amico retro video game console is proving popular with gamers who are anticipating its October launch in spite of the coronavirus pandemic.

Intellivision has received more than 10,000 preorders for the VIP version of the Amico, which is available until Tuesday. CEO Tommy Tallarico said in an email that the company started presales of the VIP version on March 31 for $249 (for the black and the white versions) and $279 for a woodgrain version. Those VIP versions come with two controllers, six games, a $25 gift card for more games, a 3D Lenticular playing card autographed by Tallarico, and three digital video game soundtrack albums. Tallarico said he was pleased with the latest preorder.

“And that’s one of the amazing things about this,” Tallarico said. “All this is happening during the worst economic downturn since the Great Depression.”

Back in January, Tallarico said that the company sold 2,600 Founders Edition Amico consoles in five hours. (The 2,600 number was a jab at rival Atari, which used to sell the Atari 2600 decades ago. Atari has had trouble getting its latest VCS console to market.) With all of the preorders, consumers put down a $100 deposit. But that amount is completely refundable. So far, very few have asked for refunds, Tallarico said. 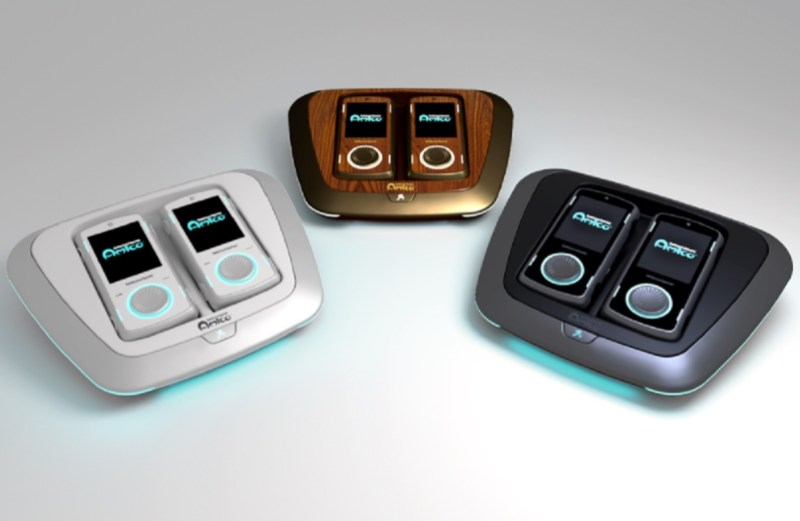 Major retailers have also placed purchase orders for more than 100,000 retail units. But Tallarico said that Intellivision had to stop taking those purchase orders because of the coronavirus outbreak, which has thrown the whole retail landscape into disarray. Tallarico said he was encouraged by the enthusiasm of the fans.

The original Intellivision was a machine from Mattel that gave Atari a run for its money in the early 1980s. Tallarico, the creator of Video Games Live, announced in 2018 that he had acquired the rights to the console and its original games, and he planned to relaunch Intellivision as a retro brand.

Tallarico purchased a stake in Intellivision Productions from the estate of former owner and founder Keith Robinson, who passed away in 2017.

Originally released in 1980, the Intellivision console and its successors sold millions of units over three decades.