Intel announced that veteran chip designer Jim Keller has resigned from the company effective immediately due to personal reasons.

Keller is the rare chip architect who has been involved in several of the most groundbreaking chip designs of modern electronics, leading teams that revolutionized chip performance at companies such as Apple and Advanced Micro Devices. He joined Intel’s Silicon Engineering Group as a senior vice president in 2018 in an attempt to help turn around Intel’s lagging designs.

Patrick Moorhead, an analyst at Moor Insights & Strategy, said in a message, “Jim Keller is a rock star and Intel is losing a great architect. Historically, Keller has left after a specific milestone like he did at Apple, Tesla, and AMD. I don’t have insights into his personal reasons for leaving but I hope he’s OK. For Intel, the company has a deep bench and it’s a place architects want to work.”

Keller is not a publicity seeker, but he has had a remarkable career as a chip architect. He started at Digital Equipment Corp., where he played a role in the 1990s design of the DEC Alpha processors.

In 2012, Keller sensed a shift coming again. Advances in PC processors were slowing. He rejoined AMD to lead a new microarchitecture, dubbed Zen. AMD launched the first chips based on Zen in 2017, and for the first time in years the company is rapidly gaining share on Intel. In 2015, Keller left AMD and joined Tesla to work on autopilot engineering for the company’s electric cars. 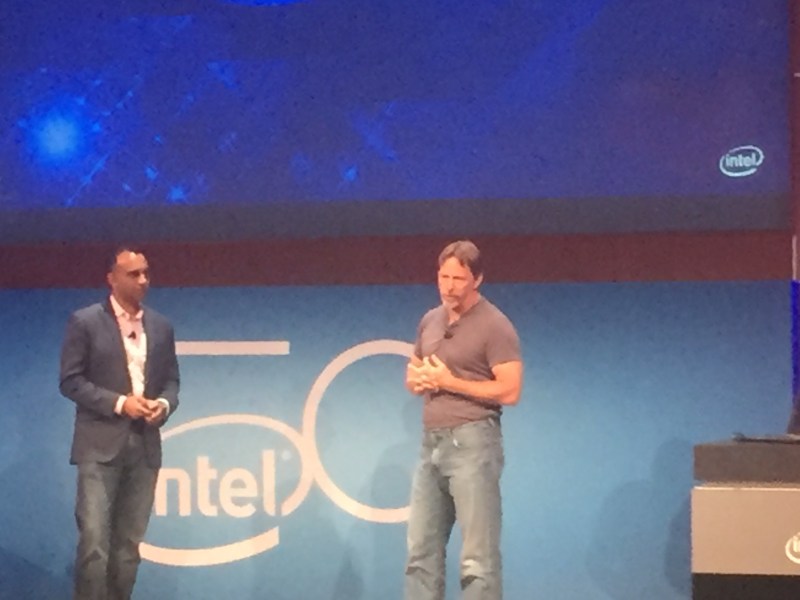 Above: Intel’s Navin Shenoy and Jim Keller in 2018

Starting in 2018, Keller’s goal at Intel was to help streamline product development and get the company back into the top position in designs. As a result of his departure, Intel realigned its top chip design staff.

Keller has agreed to serve as a consultant for Intel for six months to assist with the transition.