Intel is launching a new silicon photonics product that will make it a lot easier to hurl data around data centers at tremendous speeds.

The Intel PSM4 silicon photonics module can deliver 100 gigabits per second across two kilometers, making it easier to share data at high speeds across the “spine” of a data center. The technology is the result of years-long efforts to bring both electronics and optical components onto a single piece of silicon, which is lower cost and easier to make.

This kind of advance has to happen to keep the chip industry on the path of Moore’s Law, which predicts the number of components on a chip will double every couple of years. Moore’s Law, named after Intel chairman emeritus Gordon Moore, has held up since Moore made the prediction in the 1960s, but it has also been slowing down in recent years.

“Electrons running over network cables won’t cut it,” Bryant said. “Intel has been working on silicon photonics over 16 years. We are the first to light up silicon.” 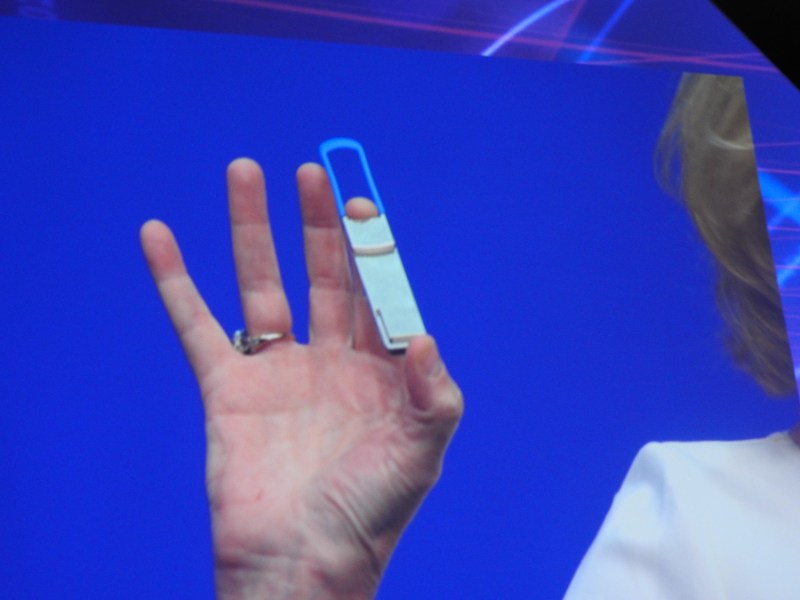 Other ways of delivering data often require optical technology, which is harder to manufacture and costs more than silicon-based products, said Jason Waxman, corporate vice president for the cloud computing group at Intel, in an interview with VentureBeat. The silicon photonics product uses a hybrid laser.

Bryant said that data center traffic is doubling every 12 months. The optical connection between servers isn’t the only thing Intel is working on.

“Optics will be required into the server as well over time,” Bryant said. 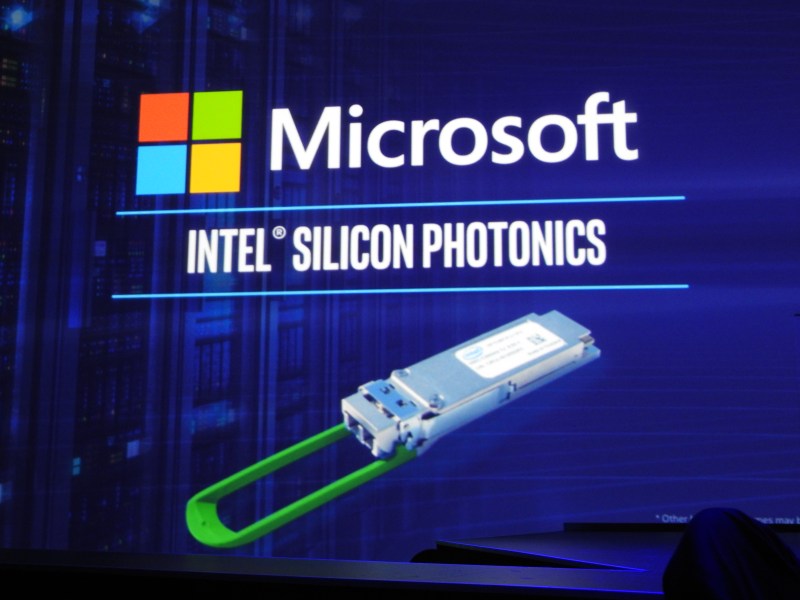